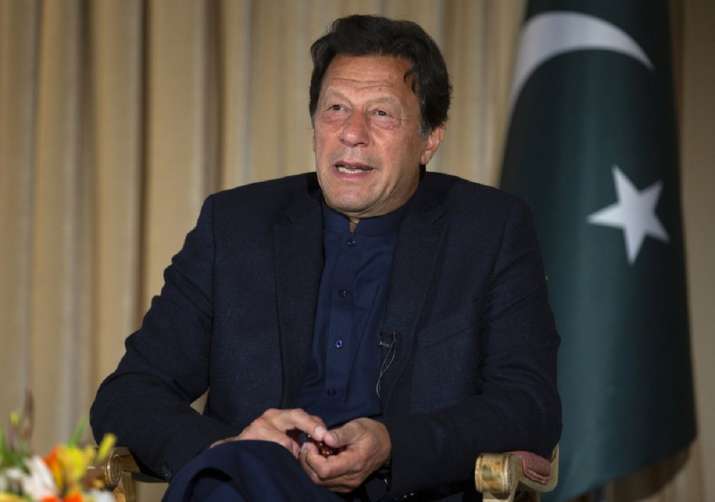 Imran Khan and his wife Bushra Bibi have been accused of accepting PKR 5 billion and hundreds of kanals of land, during the tenure of the Pakistan Tehreek-e-Insaf (PTI) government. The allegations against the former Pakistan Prime Minister were made by the country’s Interior Minister Rana Sanaullah on Tuesday, who said Imran and his wife accepted land and cash in return for “providing protection” to the real estate firm in a money laundering case during the PTI government.

Speaking at a press conference in Islamabad, Sanaullah said Bahria Town, an Islamabad-based privately owned real-estate development company, had “illegally transferred” PKR 50 billion to a Pakistani national in the UK.

The transfer, he said, was identified by the UK’s National Crime Agency.

Sanaullah claimed that Imran Khan had tasked his aide with accountability to resolve the matter. They reportedly “settled” the entire case, while the PKR 50bn — which was state property and belonged to the national treasury — was adjusted against Bahria Town’s liability, the Pakistan interior minister alleged.

“The case did not just end here. Bahria Town, after its PKR 50bn was protected by the government, entered an agreement and allotted a 458-kanal land with an on-paper value of PKR 530 million to a trust owned by Imran and his wife,” he was quoted as saying by Dawn.

Earlier, it was reported that Imran Khan, his wife Bushra Bibi and her friend Farah Gogi made “billions” under the tenure of the PTI government.

“It started in 2019 when Imran Khan gave a relief worth Pakistani rupees 320 million to Ahsan Jamil Gujjar – Farah’s husband – under an amnesty scheme,” PML-N leader Atta Ullah Tarar said during a press conference.

The Express Tribune quoting Tarar reported that Khan gave the relief due to his personal relations and friendship between Bushra and Farah.

Regarding this, he also played an audio tape — purportedly a conversation between a business tycoon and his daughter, revealing how Farah ‘demanded a gift’ for the ex-first lady.

During the conversation, the woman said to her father that Farah Gogi allegedly demanded a precious diamond as a gift for the ex-first lady in return for “removing locks” on a project site and withdrawing a report against her father, the report stated.