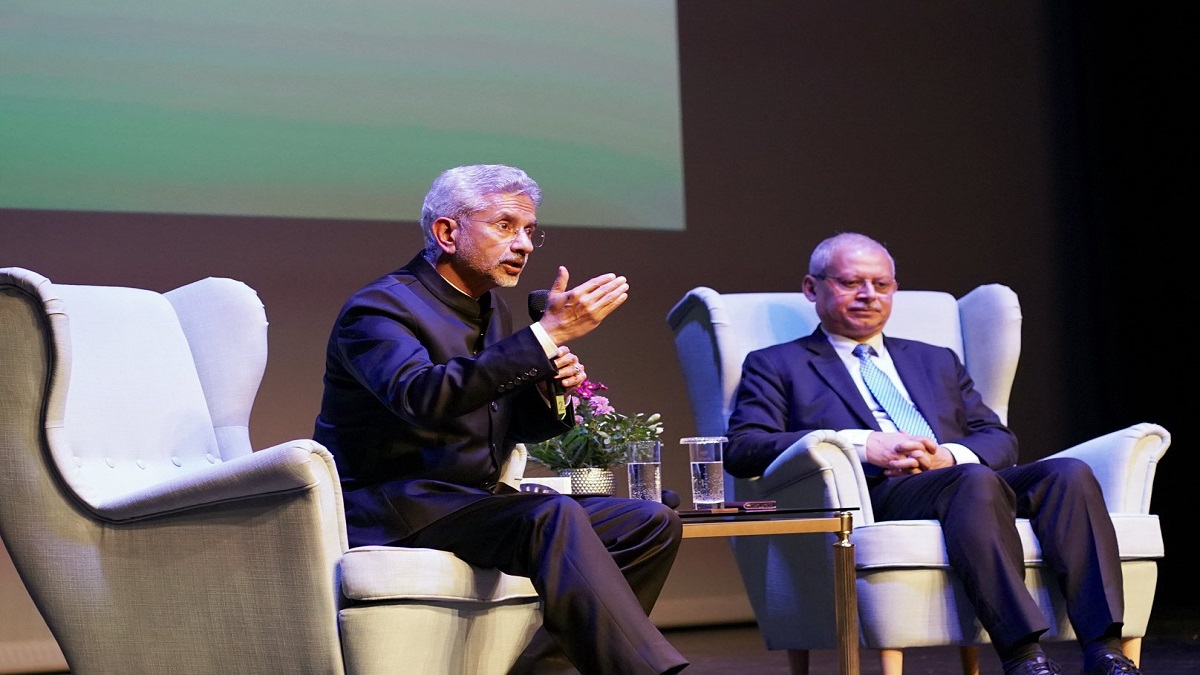 EAM Jaishankar’s visit to Vienna: External Affairs Minister S Jaishankar said on Sunday expressed “very deep” concern over the ongoing Ukraine conflict, and said that India is on the side of peace since the beginning. He underscored that New Delhi’s has been urgging both parties to return to dialogue and diplomacy as differences cannot be settled through violence.

Jaishankar, who arrived in Vienna from Cyprus on the second leg of his two-nation tour, made the remarks while addressing the members of the Indian diaspora. “This (Ukraine) conflict is really a matter of very, very deep concern… Prime Minister Narendra Modi declared in September (that) we actually genuinely believe that this is no longer an era of war. You cannot settle differences and issues through violence,” Jaishankar said.

“So from the very beginning, our effort has been to urge (Russia and Ukraine too) return to dialogue and diplomacy…The Prime Minister himself has spoken on numerous occasions with President (Vladimir) Putin and President (Volodymyr) Zelensky. I myself talked to my colleagues in Russia and Ukraine,” he said.

“We know this is not (an) easily resolvable situation. But it’s important that countries who believe (in)…negotiation, speak up clearly in that regard…,” he said, adding that “we’re on the side of peace and a large part of the world thinks like us.”

India repeteadly urged both Russia and Ukraine for dialogue

India has repeatedly called on Russia and Ukraine to return to the path of diplomacy and dialogue and end their ongoing conflict.

Prime Minister Modi has spoken to the presidents of Russia and Ukraine on multiple occasions and urged for an immediate cessation of hostilities and a return to the path of diplomacy and dialogue for the resolution of the conflict.

In his bilateral meeting with Russian President Putin in Uzbekistan on September 16, Modi said “today’s era is not of war” and nudged him to end the conflict.

India has not yet criticised the Russian attack on Ukraine and has been maintaining that the crisis should be resolved through dialogue.

Jaishankar also told the audience that there are profound changes in India’s national security. “Much of it is centred around the intense challenges we face on our northern border with China. We continue to have the problem of cross-border terrorism with Pakistan,” he said.

Indian and Chinese troops clashed along the Line of Actual Control (LAC) in the Tawang sector of Arunachal Pradesh on December 9 and the face-off resulted in “minor injuries to a few personnel from both sides”, according to the Indian Army. It is the first major clash between the Indian and Chinese armies since the fierce face-off in the Galwan Valley in June 2020 that marked the most serious military conflict between the two sides in decades.

The ties between the two countries have remained frozen since then with India making it clear that peace and tranquillity at the border is the sine qua non for the overall development of bilateral ties. The two countries have held 17 rounds of talks so far to resolve the standoff.

Relations between India and Pakistan have often been strained over the Kashmir issue and cross-border terrorism emanating from Pakistan. Jaishankar also noted that India has vastly improved its relationship with Bangladesh. “We have settled our land boundary agreement with them. It’s an example of how successful diplomacy has directly contributed to a stronger relationship (between two neighbours),” he said.

In his speech, Jaishankar also said that India and Austria would sign some agreements on Monday and some of them are of interest to Indian diaspora – one on migration and mobility for Indians who want to come here as students/professionals and another on ‘Working Holiday’ programme which will enable Indian students in Austria to work for six months.

Earlier in the day, Jaishankar held talks with top Austrian leadership in the first diplomatic engagement in 2023 and conveyed the personal greetings of Prime Minister Modi to Chancellor Karl Nehammer. This is the first EAM-level visit from India to Austria in the last 27 years, and it takes place against the backdrop of 75 years of diplomatic relations between the two countries in 2023.