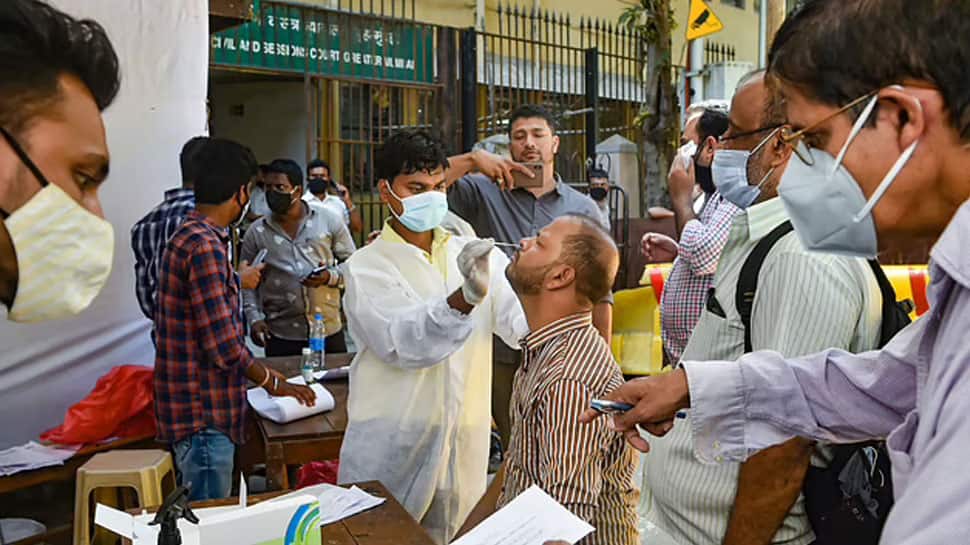 NEW DELHI: Despite concerns about the possible fourth wave of Covid-19, the new cases of coronavirus infection continue to decline in the country. India on Monday registered 1,270 new Covid-19 cases in the last 24 hours, according to the Union Health Ministry data.

The active cases now stand at 15,859, according to the latest Health Ministry data.

India had on Sunday registered 1,421 new Covid-19 cases and 149 deaths. The new fatalities took the total number of deaths at 5,21,004, the Health Ministry said on Sunday.

In the wake of a continuous downward trend, India`s active caseload further declined to 16,187 on Sunday, accounting for 0.04 per cent of the country`s total positive cases, the Ministry said.

A total of 1,826 patients recovered in the last 24 hours, increasing the cumulative tally to 4,24,82,262. Consequently, India`s recovery rate stands at 98.75 per cent. Also in the same period, a total of 6,20,251 tests were conducted across the country. The country has so far conducted over 78.69 crore cumulative tests.

While the weekly positivity rate currently stood at 0.27 per cent, the daily positivity rate was reported at 0.23 per cent. India`s Covid-19 vaccination coverage has exceeded 183.20 crore as of Sunday morning. This has been achieved through 2,17,73, 803 sessions.

Amid concerns about a possible fourth wave of Covid-19 hitting India, China has decided to put its largest city of Shanghai, which has a population of over 26 million, under lockdown due to record coronavirus cases.

A record 3,450 asymptomatic Covid-19 infections were reported in Shanghai on Sunday, accounting for nearly 70% of the nationwide total, along with 50 symptomatic cases, the city government said on Monday.

The snap lockdown, announced by Shanghai`s city government on Sunday, will split the city in two roughly along the Huangpu River for nine days to allow for staggered testing. Shanghai’s Pudong financial district and nearby areas will be locked down from early Monday (March 28) to Friday as citywide mass testing gets underway, the local government has said.

In the second phase of the lockdown, the vast downtown area west of the Huangpu River that divides the city will then start its own five-day lockdown on Friday.