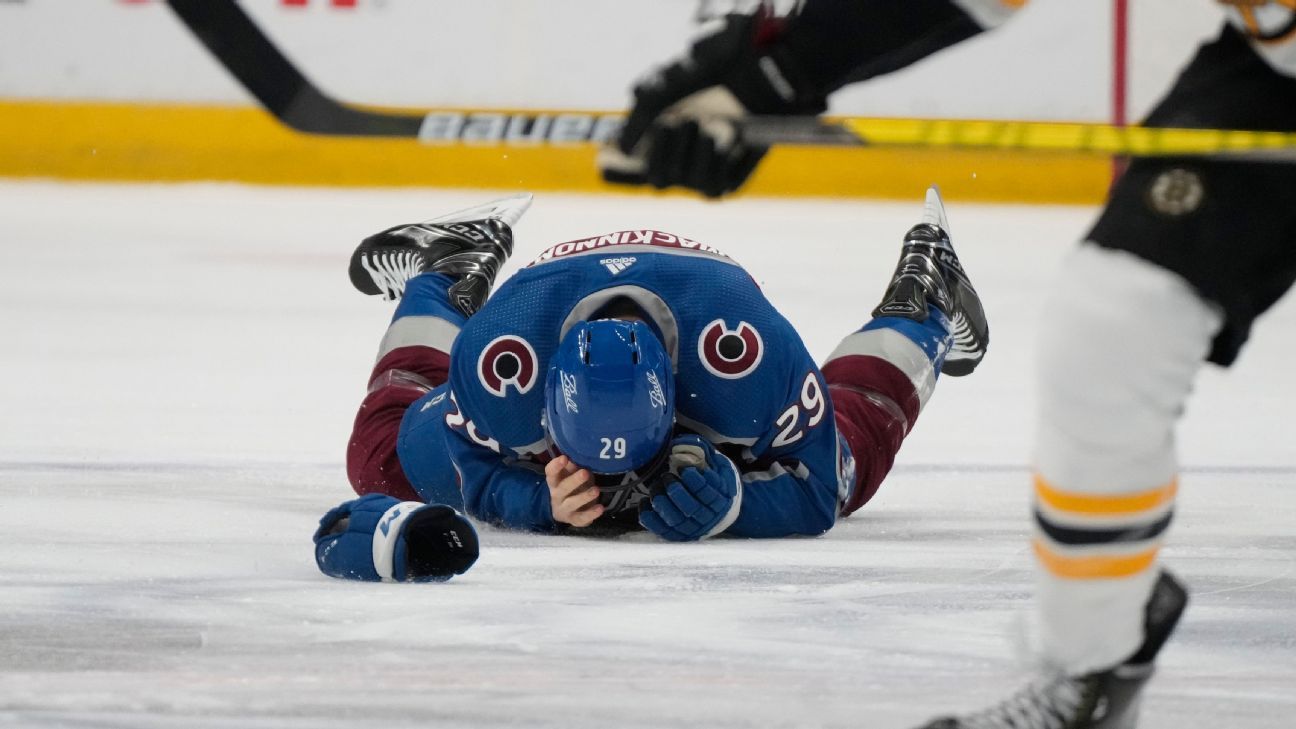 The initial diagnosis for Colorado Avalanche star Nathan MacKinnon, who was bloodied on a hit on Wednesday, is a broken nose, sources told ESPN’s Emily Kaplan.

MacKinnon is still being evaluated, and the team should have a better sense by the weekend of how long he will be out, Kaplan reports.

MacKinnon left the ice in the first period of Wednesday night’s game against the visiting Boston Bruins and did not return.

The Avs said MacKinnon sustained an upper-body injury after he absorbed a shoulder shot from the Bruins’ Taylor Hall.

The hit caused MacKinnon’s own stick to snap back into his face. Blood gushed from his nose to the ice as MacKinnon lay face down.

MacKinnon, a five-time All-Star, was able to skate off on his own but didn’t return.

Hall was originally given a five-minute major that was reduced to two minutes after a video review.