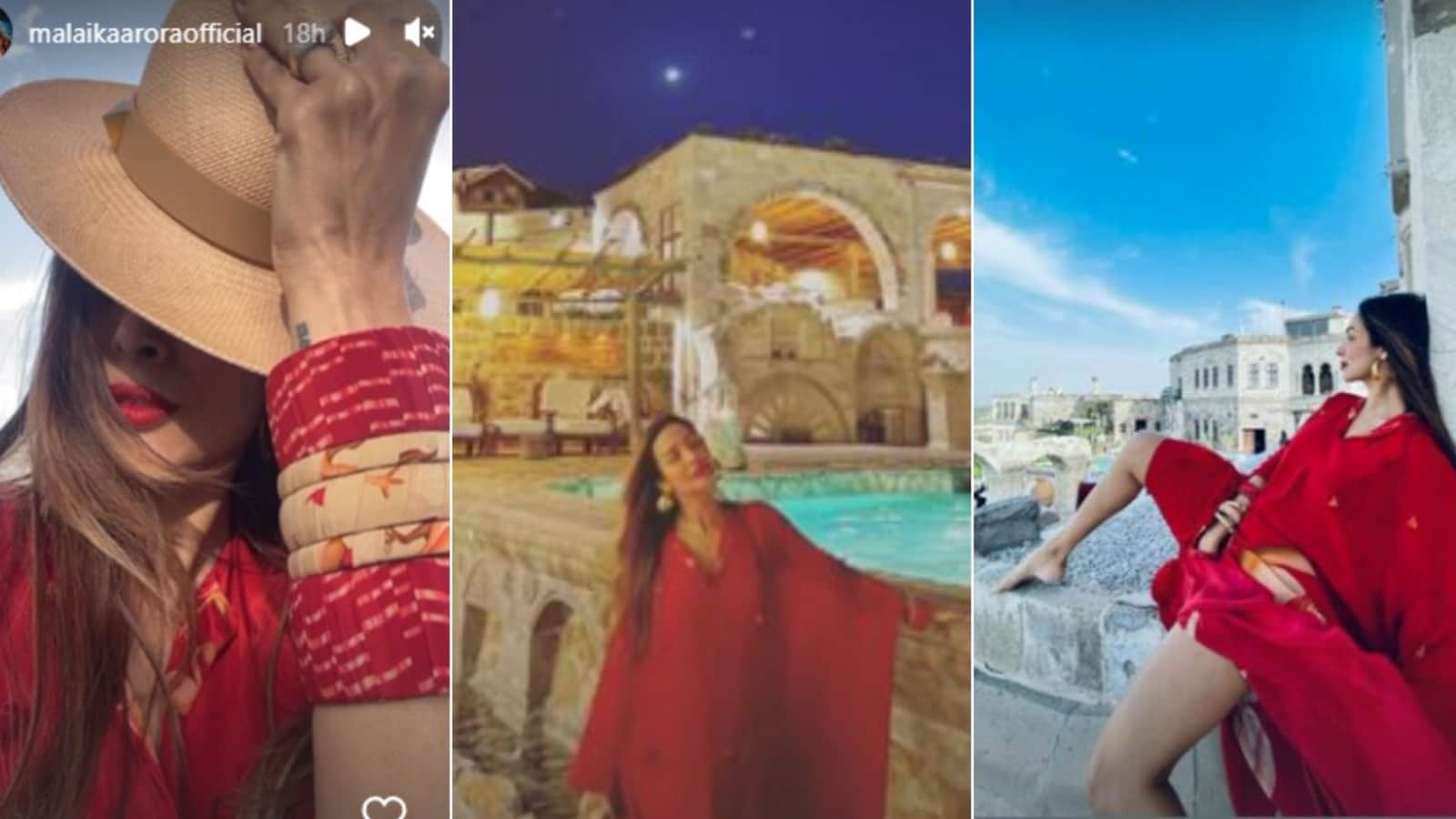 Malaika Arora has been sharing pictures and videos from her Turkey vacation on Instagram. Malaika has shared pictures from Cappadocia, a historical region of the country, also known as Land of Beautiful Horse. Malaika is on a girls trip. Also Read: Malaika Arora vacations with sis Amrita Arora, mother Joyce in the Himalayas. See pics

In one photo, the reality TV judge was seen wearing a long red dressed and a hat. In another one she posed while looking at the sky, she captioned it, “Starry starry.” Malaika’s friend also shared a picture with her, which was captioned, ‘Honeymoon Travels.’ Sharing a video of a turtle, Malaika wrote, “Made a new friend.”

In May, Malaika was vacationing with her sister Amrita Arora and their mother Joyce Arora in the Himalayas. Sharing a picture with Amrita and Joyce, Malaika wrote, “Ananda = Happiness. I don’t know what else to say. In a place that makes me happy, with the people that make me happy, there’s not much more I can ask for. Its rare that someone captures a picture so candid at a time so perfect that you just know this one’s going to go into the ‘Cant believe I am surrounded by so much love’ pile. Home is Mum. Home is US.”

Malaika started her career in 1998 as a VJ. She rose to fame after her song Chaiyya Chaiyya from Shah Rukh Khan’s film Dil Se became a hit. She later appeared in several other songs, such as, Housefull 2’s Anarkali Disco Chali, Dolly Ki Doli’s Fashion Khatam Mujh Par, Dabangg 2’s Pandey Ji Seeti and many more. Meanwhile, rumours of Malaika and actor Arjun Kapoor’s wedding have been swirling ever since Arjun opened up about being in a relationship with Malaika, earlier in April 2019.