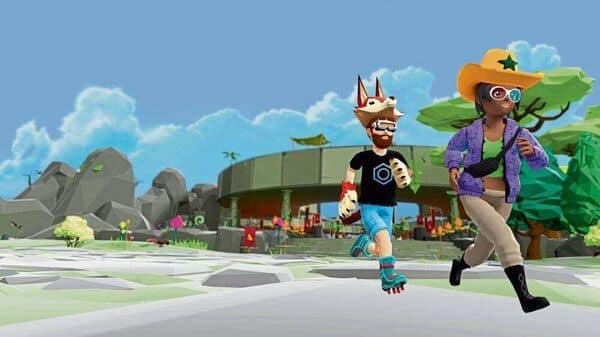 NEW DELHI : Web3 gaming companies in India saw robust investor interest this calendar year even as cryptocurrencies plunged to near all-time lows. Such firms produce blockchain-powered games with play-to-earn (P2E) models, where players are rewarded with crypto tokens for either participating or winning. In-game items in such games are often sold and traded as non-fungible tokens (NFTs) as well.

For instance, homegrown Polygon, which has gained fame in the global crypto and NFT industry, led the funding with a $450 million Series D round in February from Sequoia Capital India. In addition, Gurugram-based cricket NFT gaming startup Rario raised $120 million in Series A round in April and Bengaluru-based Lysto.io raised $12 million in August.

According to data from venture investment research firm Tracxn, web3 gaming firms in India raised $620.5 million in 2022 across 32 deals in 2022, a nearly sixfold jump from the $115.3 million raised across 39 deals last year. This comes in spite of a funding winter plaguing startups worldwide.

Industry experts attributed the boom to growing user interest in P2E games and the fact that an increasing number of web3 projects are starting in India. Blockchain commerce firm GuardianLink and gaming firm JetSynthesys are two such examples. The former launched a P2E cricket game for mobile phones and personal computers in March, while the latter acquired web3 product studio Metaphy Labs in September, as part of its plans to invest $50 million in the next three years in metaverse projects.

In addition, the crypto market crash has led venture capital (VC) firms to redirect some funds from crypto startups to web3 gaming firms, they said.

“P2E gaming and metaverse are emerging as major segments of the web3 landscape. Over half of the traffic in the space currently is from gaming platforms. P2E gaming is doing well in terms of NFT trading volumes as well,” said Neha Singh, co-founder and chief executive officer of Tracxn. She also said that the crash in large centralized crypto companies such as FTX, Celsius and BlockFi recently has led to a shift in investor interest as well.

Gaming accounts for a major share of web3 activity. According to a November report by gaming investor Lumikai, 30% of the 450 Indian web3 firms are from gaming. IT industry body Nasscom also identified gaming and metaverse as one of the top four use cases of web3 applications in the Nasscom web3 startup landscape report published in October.

That said, AGG’s Ratnam said web3 games are still in a nascent stage.

She said many web2 gaming firms are switching to web3 models to make the games more interesting and lucrative.

However, despite a good year overall for web3 gaming firms, experts also warned that the recent crash of the FTX exchange may affect this industry. “The downturn has been more keenly felt post-FTX, so there is some inertia in investment appetites that will become more apparent over the coming months. Despite this, several funds committed to the web3 space prior to the downturn and are still investing, perhaps out of necessity,” said Justin Shriram Keeling, founding general partner at Lumikai.

The collapse of one of the largest exchanges in the world in early November has had a ripple effect across the industry. For instance, the price of AXS, an Ethereum-based token used by popular global web3 game Axie Infinity, fell from $12 in October to $6.5 in December. Gaming activity on the Solana blockchain also fell by 89.42% in November due to the platform’s proximity to FTX, according to blockchain analytics firm DappRadar.

DappRadar’s data, however, also showed that gaming still accounted for almost half of all blockchain activity tracked on 50 networks worldwide, between October and November.

“There is wider use for blockchain now with web3. People are beginning to see its true potential. The underlying technology is extremely useful with plenty of use cases like gaming. Cryptos have received too much attention. Slowly the world is waking up to the fact that lots of peer-to-peer things can be done on it,” said Siddharth Pai, founder and managing partner at Siana Capital Management.