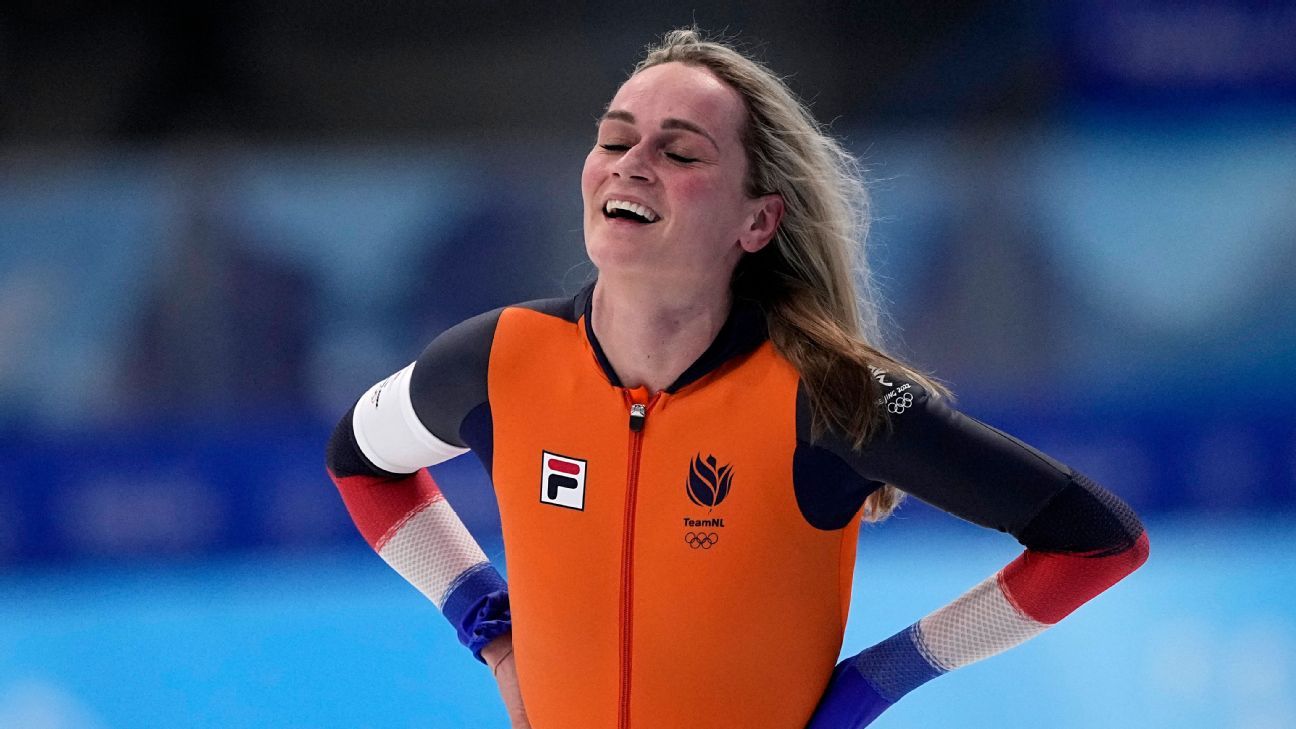 BEIJING — Irene Schouten of the Netherlands completed a speedskating sweep of the women’s distance events at the Beijing Games, setting another Olympic record Thursday with a victory in the 5,000 meters.

Schouten won the 3,000 on Saturday, also setting an Olympic mark on the opening day of speedskating at the Ice Ribbon oval.

She was even more dominant in the longest women’s race with a winning time of 6 minutes, 43.51 seconds. That took down the 20-year-old Olympic mark held by Germany’s Claudia Pechstein (6:46.91).

No one else was even close. Schouten finished 4.67 seconds ahead of silver medalist Isabelle Weidemann of Canada, while the bronze went to Martina Sáblíková of the Czech Republic (6:50.09).

It was the seventh career medal for Sáblíková, making her the most decorated Czech Olympic athlete. She had been tied with cross-country skier Katerina Neumannova.

Sáblíková was the most recent skater to pull off the 3,000-5,000 double at the 2010 Vancouver Olympics. Schouten is now the sixth skater to win both events.

The same skaters finished in the top four of the 3,000, but the order was juggled a bit.

Weidemann moved up one place from bronze medalist in the previous distance race, while Sáblíková improved from fourth to third to claim a place on the podium.

The top spot was the same.

Schouten gave the Netherlands its fourth gold medal in five speedskating events at the Beijing Games.

It looks like another rout for the Big Orange Machine, which also dominated at the oval in the last two Olympics.