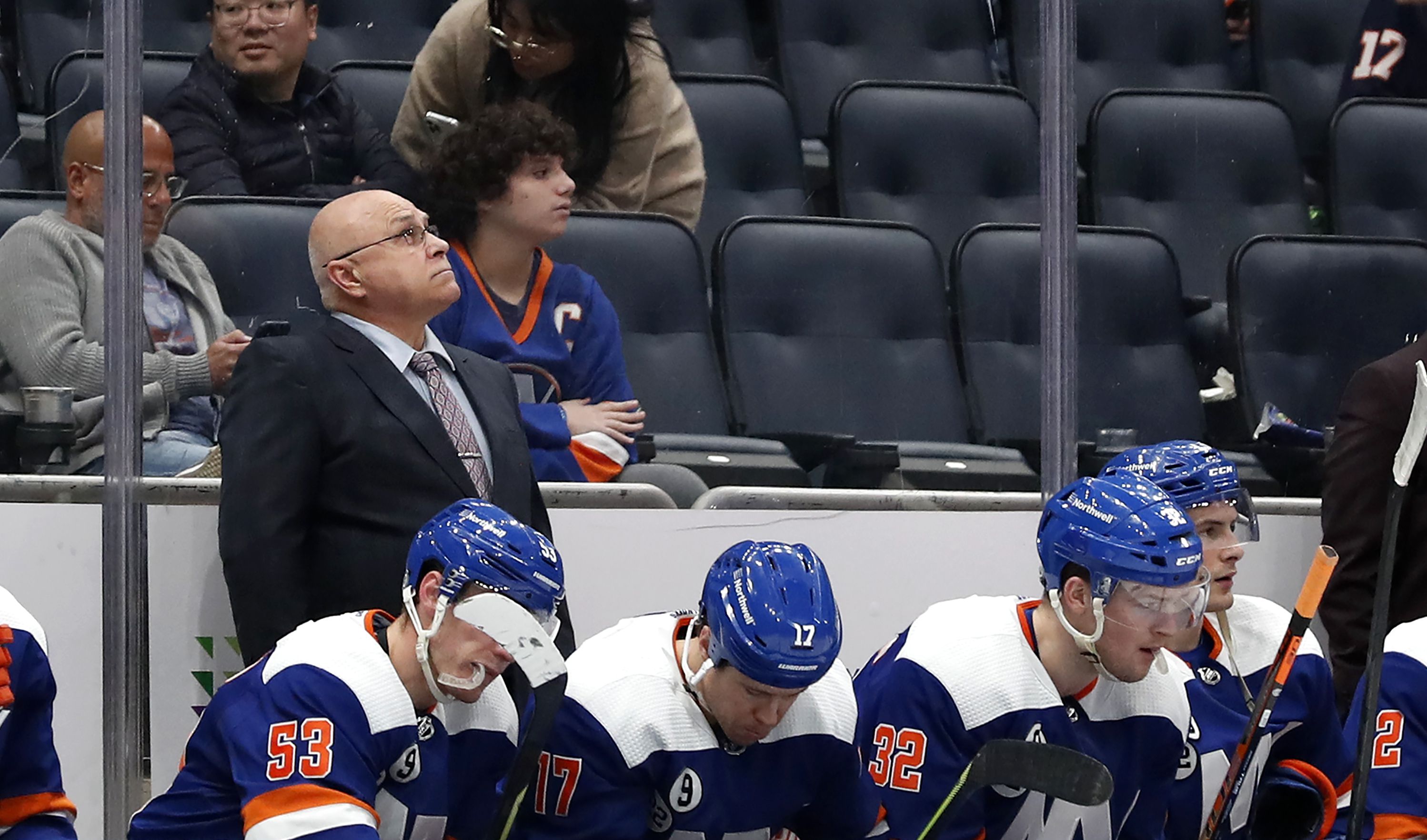 The New York Islanders have fired coach Barry Trotz after missing the playoffs in his fourth season with the team.

General manager Lou Lamoriello made the surprising announcement Monday, more than a week after the regular season ended. Trotz had one year left on his five-year contract.

Trotz coached the Islanders to playoff appearances in each of his first three years with them, reaching the Eastern Conference final in 2020 and 2021 before losing to the eventual Stanley Cup-champion Tampa Bay Lightning.

A series of events outside Trotz’s control contributed to the Islanders missing the playoffs this year. While their new arena was being finished, they opened the season on a 13-game road trip and were hit with a string of coronavirus-related absences and injuries that derailed their season.

Trotz joined the Islanders in the summer of 2018 after winning the Stanley Cup earlier that year with the Washington Capitals. The Capitals decided at the time not to rework Trotz’s contract despite the championship and granted him his release.

He coached the Nashville Predators for their first 15 seasons, helping them reach the playoff 17 times. His 914 regular-season wins rank third among coaches in NHL history. Trotz could immediately become a candidate for vacancies in Philadelphia, Detroit and Winnipeg, plus others that open up because of his availability.