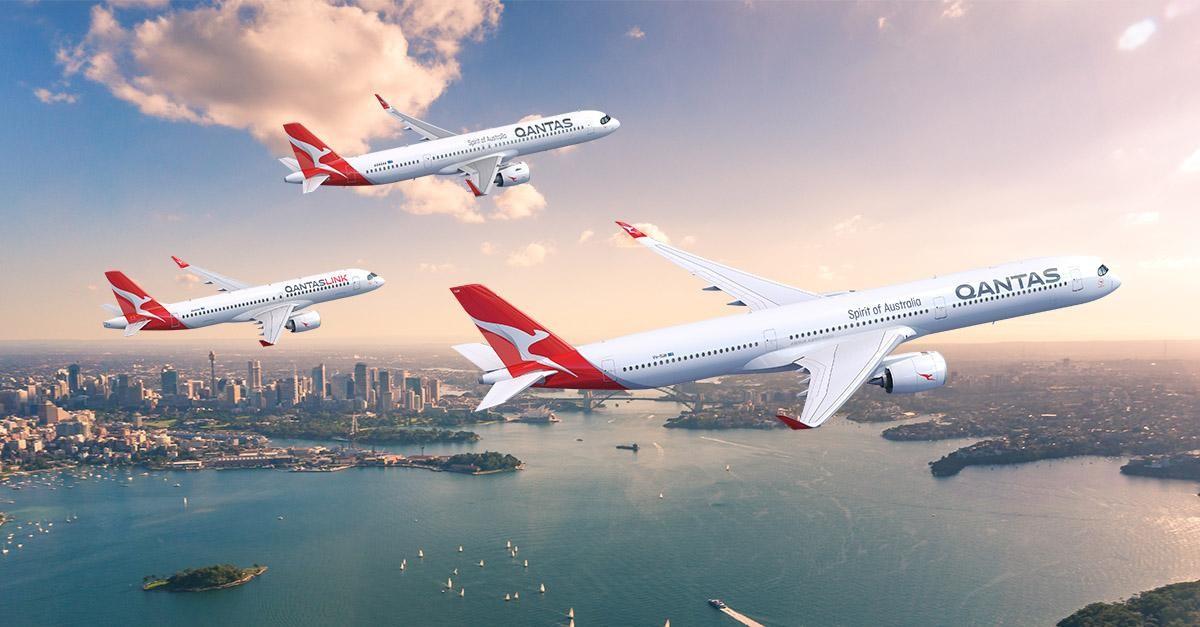 Qantas Group, the national airline of Australia, has confirmed an order for 12 new aircraft which will make it possible for it to launch non-stop flights from Australia to both London and New York. Frankfurt and Paris are also in consideration.

The news of this huge aircraft order – which included 12 A350-1000s as well as 20 A220s and 20 A321XLRs – was announced at a ceremony in Sydney attended by Qantas Group CEO Alan Joyce and Airbus Chief Commercial Officer and Head of Airbus International, Christian Scherer.

The A350-1000 is of particular importance as it was selected by Qantas following an evaluation known as Project Sunrise. Under Project Sunrise, the airline describes the launch of the world’s longest commercial flights. These will include linking Sydney and Melbourne with destinations such as London and New York non-stop for the first time ever. According to Qantas management, Frankfurt and Paris could also benefit from non stop frequencies to and from Australia in the future

Featuring a premium layout, the A350 fleet will also be used by the airline on other international services. The future A350-1000 is due to come into service around 2025. It will carry 238 passengers across four classes (First, Business, Premium Economy, Economy), with more than 40% of the cabin dedicated to premium seating.

The cabin is specially configured for improved comfort on long flights and includes a well-being zone in the centre and more spacious seating in Premium Economy and Economy cabins. The A350-1000 will be carbon neutral, with all emissions offset.

The A220 and A321XLR will be used by the Qantas Group on domestic services across the country, which can extend to over five hours. In addition, the A321XLR offers the range capability for flights from Australia to South East Asia, enabling the Qantas Group to open up new direct routes.

This agreement is in addition to the existing order for 109 A320neo Family aircraft, which includes the A321XLR for the Qantas Group low cost subsidiary Jetstar.

Qantas Group CEO Alan Joyce said: “New types of aircraft make new things possible. That’s what makes this announcement so significant for our national carrier and for a country like Australia where air travel is crucial. The A350 and Project Sunrise will make any city just one flight away from Australia. It’s the last frontier and the final fix for the tyranny of distance.”

“The A320s and A220s will become the backbone of our domestic fleet for the next 20 years, helping to keep this country moving. Their range and economics will make new direct routes possible,” said Qantas Group CEO Alan Joyce during the official announcement. “The Board’s decision to green light what is the largest aircraft order in Australian aviation is a clear vote of confidence in the future of Qantas.”