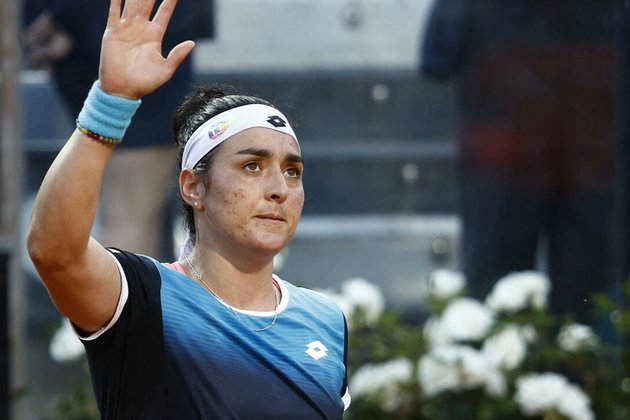 Ons Jabeur was on Monday installed as world number three following her win on Sunday at the Berlin Open.

The 27-year-old claimed the grass court title after Belinda Bencic retired in the second set due to a foot injury.

The 25-year-old Swiss twisted her ankle at the end of the first set which Jabeur won 6-3.

Bencic carried on but eventually succumbed to the pain.

“It’s probably not the way we wanted to finish the match,” said Jabeur during the trophy presentation ceremony.

“Belinda is such a fighter. I definitely didn’t want to play three sets with Belinda. It’s always tough to play her in three sets. Good luck on your recovery and I hope you’ll be ready for Wimbledon.”

The triumph in Germany was Jabeur’s second on grass. Last year, as world number 24, she became the first Arab woman to claim a singles title when she prevailed on the lawns of Birmingham in central England.

In May 2022, she won the most prestigious crown of her career on the clay courts at the Madrid Open. She subsequently lost to world number one Iga Swiatek in the final at the Italian Open before a first round exit at the French Open.

Jabeur, who changed places with Paula Badosa in the world rankings, will be in the spotlight this week in Eastbourne, southern England, where she will play in the doubles with Serena Williams who is making her return to the circuit after a year away.

Swiatek remains world top of the women’s rankings ahead of Estonia’s Anett Kontaveit.

Other changes in the top 10 involved Berlin Open semi-finalist Maria Sakkari moving up one place to fifth and Aryna Sabalenka dropping one slot to sixth.