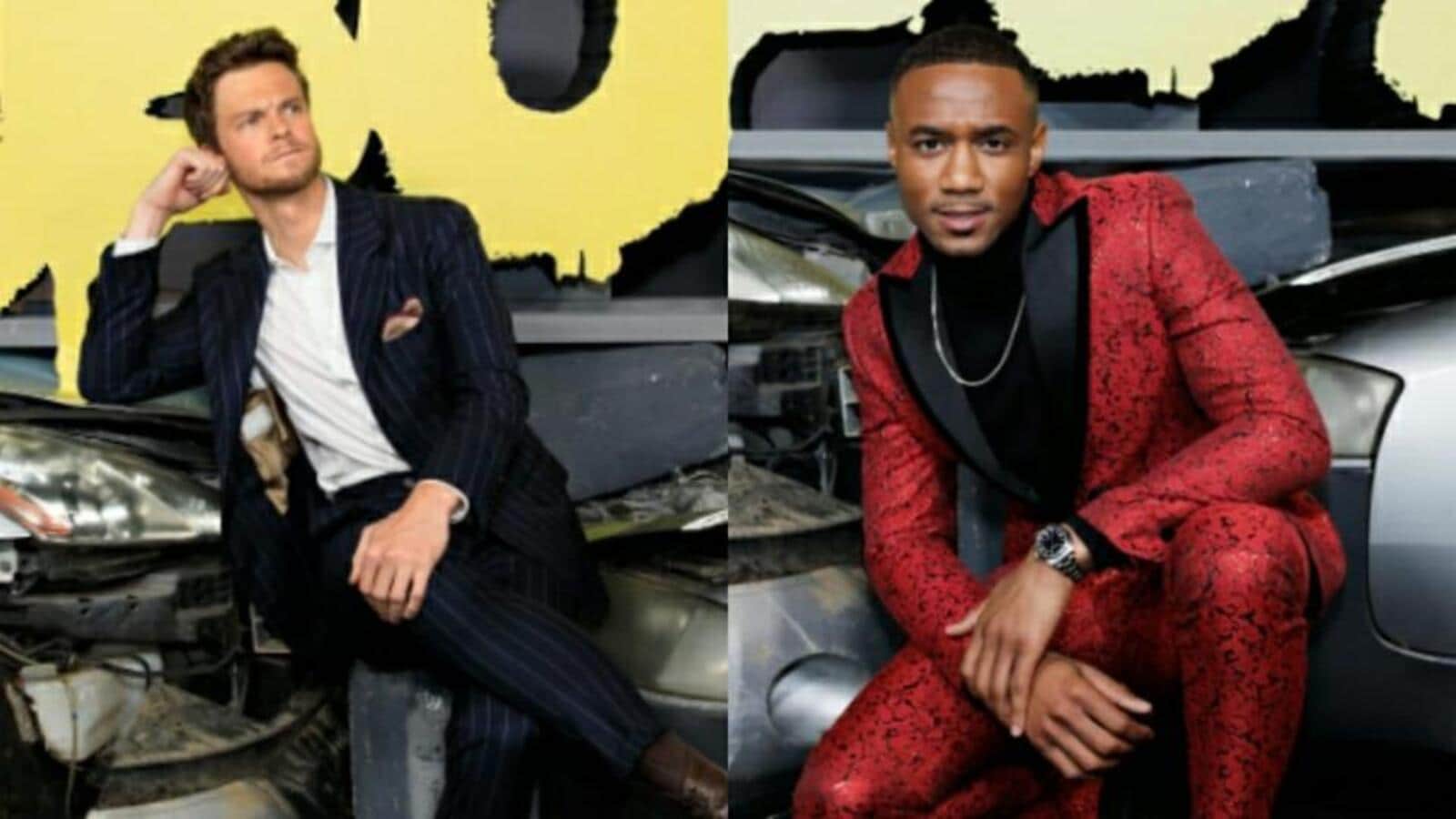 From being a genre that often gets shrugged off as mere comic book world material to having a superhero show that talks about issues matter, things have changed quite a bit. And actors Jack Quaid (aka Hughié Campbell) and Jessie T Usher (aka A Train) are glad they are a part of a sci-fi superhero show, The Boys, which tackles real-world problems. They feel fortunate to be part of something which also gives them a chance to talk about important issues and events. In a conversation with HT City in Sydney, Australia, during a special screening of the fourth episode of season 3 of the Amazon Prime Video show, the actors agreed that the show — based on the best-selling comics by Garth Ennis and Darick Robertson — touches upon issues that people don’t tend to see beyond a point. Excerpts from the interview:

Given how the superhero genre is now being used to mirror the present realities, we see The Boys being a social commentary on corporate greed, manipulation of the media, corrupt nature of some celebrities, influence of power. Was that the first hook you agreed to come on board, and how have things changes from season 1 to now?

Jack: It’s funny because I don’t really feel like I ever had to agree to do this series. I read the script and I was like, ‘I have to do this’, and then it was a long audition process where I was like, ‘Please, let me just do this’. I never thought that it was based out of a series of comic books when I first read the script. I thought someone just took a look at America, just made a script about the way the world is and inserted superheroes into it. I love that how topical the show is because the world is pretty messed up right now, in a lot of different ways, and I am glad that we are on something where we can express ourselves and talk about it.

Jessie: I agree, I read the script before I knew anything else about the show, so I only was able to absorb what was on the page at the time and it was just very complex. I didn’t see any of the twists coming. There were just plots and everything that seemed so reflective of what we are seeing right in our faces on a daily basis. So, it was refreshing to have material like this to work with. I didn’t know that it would just like continue to double down it seems like we take on a different social aspect from the world around us every season or every episode (chukles).

The plot line of The Boys also talk about stigma around sexual violence against men, which is important considering male sexual assault is something that is often swept under the rug. How effective you think has been the series in highlighting such issues?

Jack: Our show is so dense that it tackles a lot of different issues in a very tactful way, and that’s what I really like about it. These are issues that would like sync most shows, but for some reason, our show is able to tackle each thing in a way where everyone feels heard and acknowledged. I’m really proud to be on a show that can do that. And it’s all because of the writers and how good they are at making sure this world feels real. So, I think whatever issues we tackle, I’m just glad the writers have the talent to really make it work.

The show is smartly packaged and gives references to many real life pop culture and political events including Black Lives Matter movement. In fact, there’s a whole subplot that pits Jessie’s A Train against a fellow Supe who disproportionately targets black neighbourhoods. You think it’s important to address such matters by means of films and web shows?

Jessie: I think it’s definitely time [we talk about such issues]. It’s nice to have a different take on the social issues that we are seeing from a non-personal standpoint. I feel we are all very much seeing things only through our own eyes and can’t or aren’t able to see the big picture. The Boys is able to exploit these things in a very large way, so that it can be absorbed on a grand scale. I don’t think I have seen much content like that, especially in regards to ‘Black Lives Matter’ movement and how that’s affecting people’s personal lives versus how it’s being manipulated and used to push agendas and all that. So, it’s very nice to have a project where they can blow those things up and we can exploit them in a creative way.

That being said, how mentally exhausting and challenging it becomes for artistes when you have to, episode after episode for multiple seasons, keep doing the intense stuff?

Jack: Yes, we do tackle very real world things but also, there’s an episode where we drive a speedboat into a whale. So, there’s this nice little balance, and you can counteract some of the heavier stuff with some lighter moments or stuff that’s humorous or so violent that it is humorous in an odd way. It just strikes a really great balance and that keep it from being so dark and living in that world and getting depressed.

Jessie:(Chimes in) We are having a lot of fun (laughs). Yes, we have really long days, and the material can be extremely heavy, emotionally draining but going to set, being on this show, working with these people is like we are having a really good time, and that helps, too.

Any message to your fans in India?

Thank you so much for watching the show. Can’t wait to meet you guys.

Interact with the author on Twitter/@monikarawal