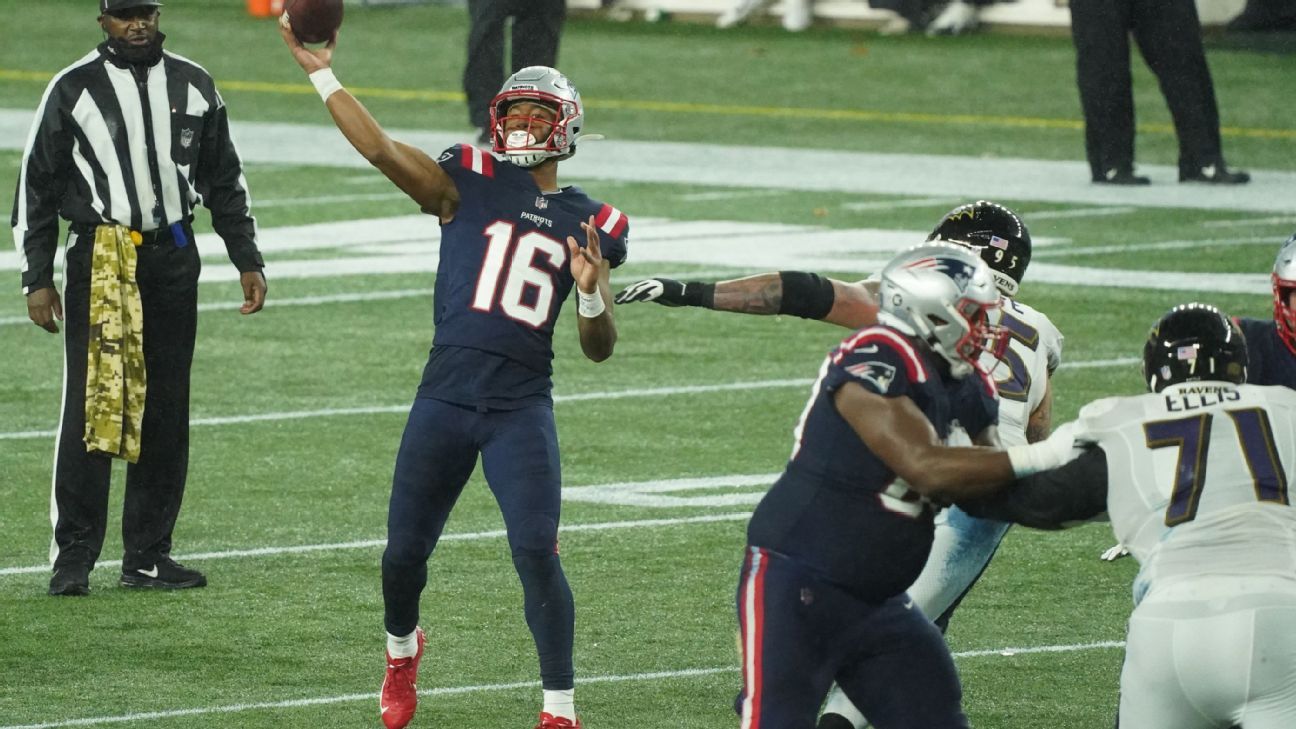 The New England Patriots turned to a quarterback-turned-receiver for a razzle-dazzle play late in the second quarter of their game against the Baltimore Ravens on Sunday night.

Trailing 10-7 with 1:10 remaining until halftime, Jakobi Meyers took a lateral from Cam Newton to the left side, and lofted a high-arcing pass to running back Red Burkhead in the end zone for a touchdown. Burkhead adjusted his route at the last moment to snare the delivery.

Meyers’ touchdown pass had an air distance of 43.6 yards according to NFL Next Gen Stats. That’s the 2nd-longest air distance – and longest on a TD – by a Patriots player this season (54.4 yards from Newton to Julian Edelman in Week 2).

Meyers was a high school quarterback who committed to NC State, but switched to receiver in his redshirt freshman season in 2016. Growing up in Georgia, he was selected to the all-star team selected by Newton’s charitable foundation, so Meyers and Newton have a link that goes back years.

When the Patriots call on trick plays like that, it is usually Edelman who does the throwing. He played quarterback at Kent State before switching to receiver with the Patriots, but he’s currently on injured reserve.

Meyers credited Edelman this week for helping him along in his absence.