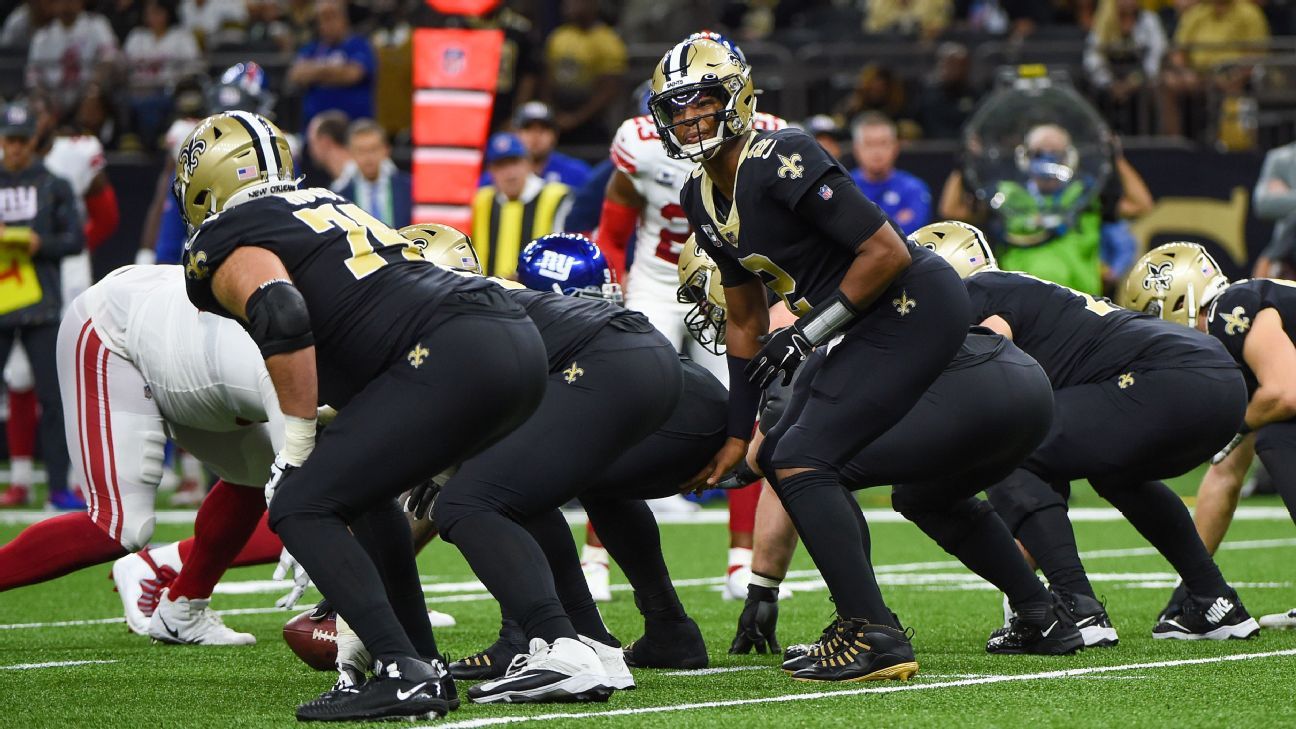 METAIRIE, La. — Quarterback Jameis Winston’s NFL future was in limbo while the New Orleans Saints pursued Deshaun Watson two weeks ago. But Winston said that ultimately turned into a positive because of the “tough conversations” he had with the Saints before agreeing to a two-year deal with a base value of $28 million.

“I know if their pursuit of Deshaun didn’t happen, I would not have been able to have that growth and those conversations with people in important roles,” Winston, 28, said Monday. “It was great to get an understanding of where I stood in this organization, and how the business side and the coaching side view me as a player, and where did they believe that I could take this team?”

Winston said the end result was a “compromise.” He didn’t get the blockbuster long-term contract he was hoping to earn before he tore his ACL in Week 8, but his new deal cements him as New Orleans’ starter under new coach Dennis Allen instead of the situation he faced last summer, in an open competition with Taysom Hill throughout training camp.

“Now, it’s just the action,” Winston said. “It’s just going out there, it’s me getting healthy, and it’s us going out there and winning games. And making everybody happy. Because that’s what it’s about. That’s how they keep their jobs on the business side. That’s how DA stays the head coach. And that’s how I stay the quarterback.

“You’ve been around me, I’m a very optimistic dude. Everything happens for a reason in my book. It’s all a part of God’s plan for me, and I embrace that.”

Winston, who was speaking to the New Orleans media for the first time since last season, said his injury rehab is ahead of schedule and he is “going to be back well before training camp.”

He also admitted he was surprised when former Saints coach Sean Payton decided to step away in January, which also weighed on his decision.

What you need to know about the New Orleans Saints:

“When you lose Sean Payton, one of the best playcallers to ever coach this game, that is probably the biggest thing that I had to really sit with this offseason, because I came to the saints for Sean and (former quarterback Drew Brees), and neither one of those people are here,” Winston said. “[But] definitely knowing that DA has been a part of this organization for a long time [as the Saints’ defensive coordinator], I know that he has what it takes to be a successful head coach.

Winston also pointed out that offensive coordinator Pete Carmichael Jr. and quarterbacks coach Ronald Curry remain in their roles. That “continuity” is a big reason why he is excited about returning to the Saints for a third consecutive season.

And Winston said he is especially looking forward to working with former All-Pro receiver Michael Thomas, who missed all of last season with an ankle injury. The Saints’ passing offense finished last in the NFL last season in large part because of he and Thomas’ injuries and others across the offensive line. But Winston said Thomas’ return should help change things “drastically.”

Winston has shown a great deal of humility since his original team, the Tampa Bay Buccaneers, decided to move on from him in 2020 and he signed a minimal contract to learn under Payton and Brees.

However, he was especially vocal Monday about the level of confidence he has in himself – and that he wanted to see from prospective teams in free agency this year.

“I can do everything your favorite quarterback can do,” he said.

The former No. 1 overall draft pick and Heisman Trophy winner went 5-2 as New Orleans’ starter last season before the injury, and set a career high with a passer rating of 102.8. He averaged 186 passing yards in his six complete games and completed 59% of his passes. Winston threw 14 touchdown passes with three interceptions, proving he could overcome the turnover issue that plagued him in Tampa Bay.

“In conversations with other teams or with the Saints … I was curious to see, ‘If you want me to lead this team, what do you think about me? What do you believe that I can accomplish with this team? And are you willing to grow with me and allow this team to get built around me as the quarterback?’” Winston said. “Because we know that two of the most important pieces to this whole chess/football team is the head coach and the quarterback. So I wanted that commitment, and I wanted to know that teams could value me at least a quarter of what I value myself as.”