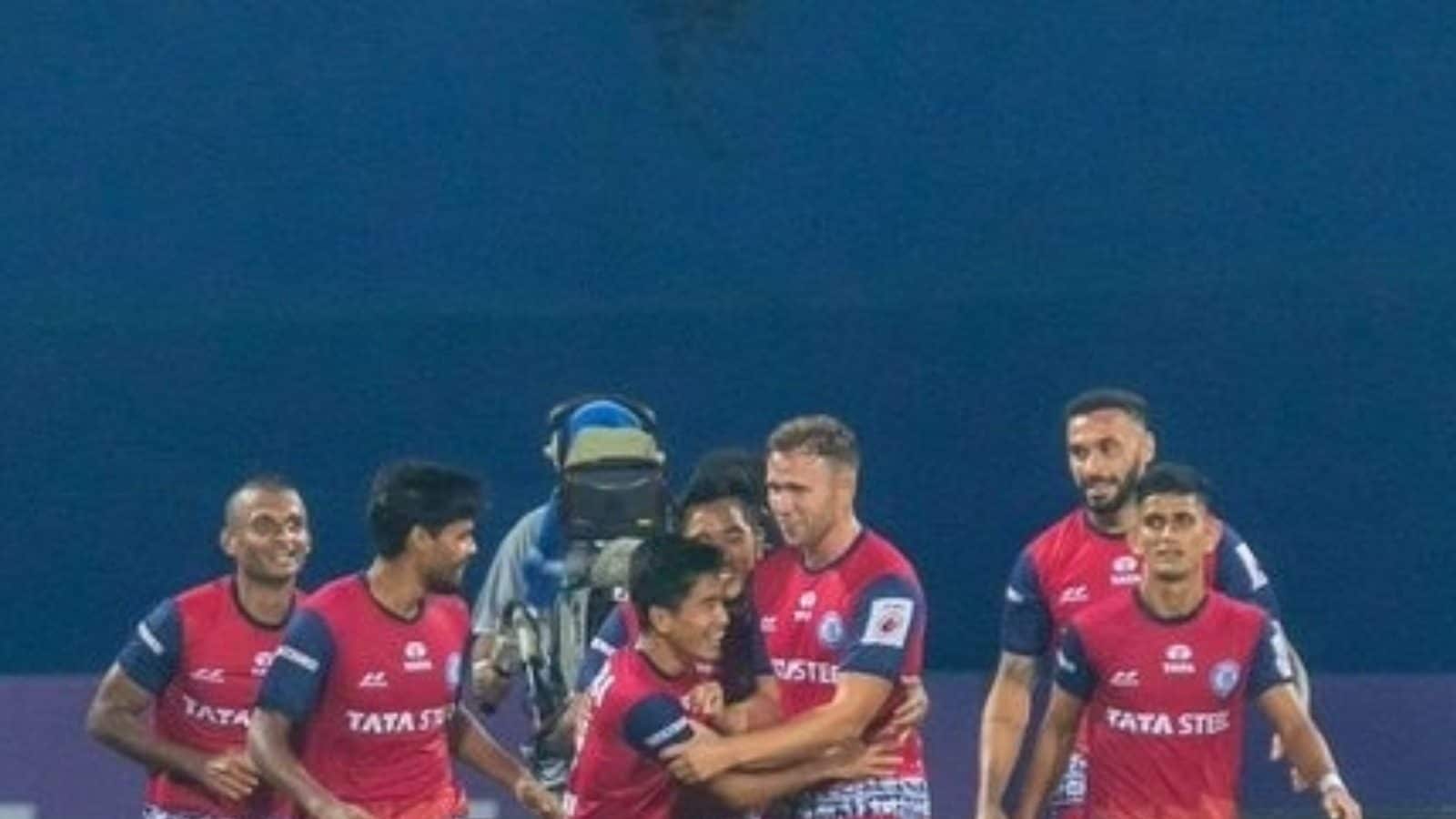 Greg Stewart (45th, 48th) scored two goals from the spot on either side of halftime before Daniel Chima Chukwu (53rd) found the back of the net for the third straight game since joining their ranks.

Jamshedpur FC climbed to the second spot with a clinical 3-0 win over Kerala Blasters in a high-voltage Indian Super League encounter at the Athletic Stadium on Thursday.

Greg Stewart (45th, 48th) scored two goals from the spot on either side of halftime before Daniel Chima Chukwu (53rd) found the back of the net for the third straight game since joining their ranks. Jamshedpur now have 25 points from 14 matches, a game less than table-toppers Hyderabad FC who have 26 points from 15 outings. Kerala dropped to fifth after the loss with 23 points from 14 games.

Jamshedpur saw more of the ball in the early exchanges as both teams started cautiously, trying to gauge what the other was doing. There were no real chances before the cooling break after which Kerala got their act together and kept the ball more with the likes of Abdul Sahal, Adrian Luna and Alvaro Vazquez having more influence in the game.

For Jamshedpur, Ritwik Das was impressed as he went past a couple of Kerala shirts and into the box to set up Jitendra Singh whose effort was blocked. Denechandram Meitei then gave away a cheap penalty as he pulled Stewart down inside the area for the referee to point towards the spot. The Scottish attacker stepped up to take the spot-kick, sending Prabhsukhan Gill the wrong way as he tucked the ball away into the right bottom corner.

It was all Jamshedpur in the second half as they scored two goals to kill the game in the space of five minutes. First, Boris Singh was clipped inside the box by Marko Leskovic to hand the Men of Steel another penalty. Stewart stepped up and doubled his tally from the spot, sending the keeper the wrong way again.

Chima then took the game away from Kerala after Boris sent in a low cross for the Nigerian to fire home on the half volley. Ritwik Das then tried his luck from distance, seeing Gill out of his line but the ball went onto the roof of the goal as Owen Coyle’s men ruled the roost.