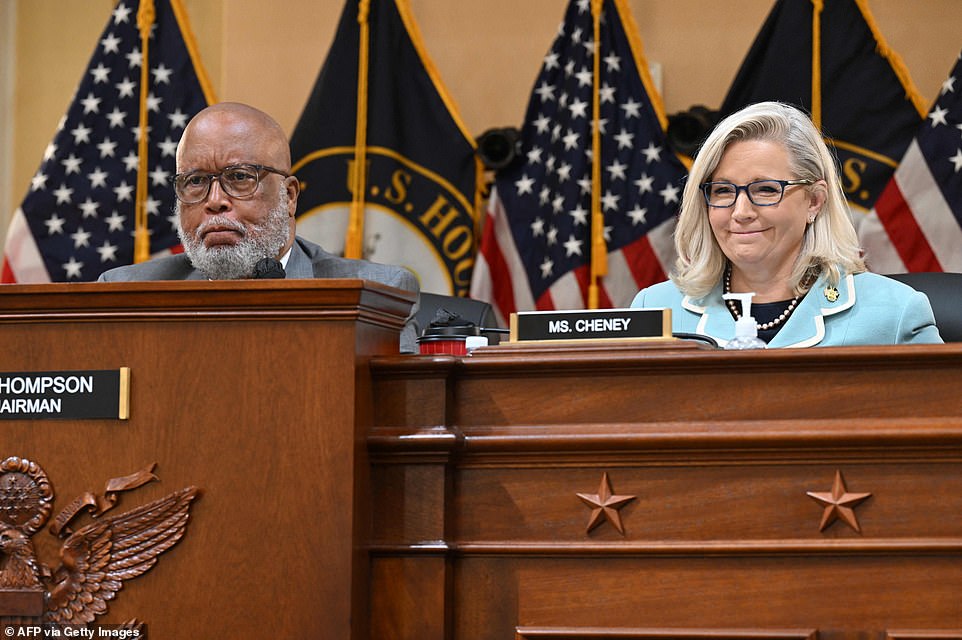 The January 6 committee opened its Monday hearing with videotaped depositions of Donald Trump‘s advisers claiming he declared a premature victory on election night 2020 on the advise of a drunk Rudy Giuliani.

Vice Chair Rep. Liz Cheney claimed Trump ‘rejected the advice of his campaign experts on election night’ in favor of advice from ‘an apparently inebriated Rudy Giuliani’ who told him to declare victory that night and insist the vote count be stopped ‘to falsely claim everything was fraudulent.’

Trump did hold an unprecedented press conference at the White House on election night where he claimed with absolutely no proof that the vote count was rife with ‘fraud on the American public.’

Playing a video deposition from the former New York Mayor himself, Giuliani takes a large sip of water before answering that ‘yes’ he was at the White House residence in the early morning hours of November 4.

‘It went over beyond midnight, yes,’ Giuliani said.

The panel also played video from the deposition of former Trump campaign manager Bill Stepien, who dropped out of the hearing at the last minute after his wife went into labor.

Stepien told House investigators that he had heard Giuliani was ‘upstairs’ in a reception area looking to ‘talk to the president.’

He recalled huddling with former Trump adviser Jason Miller, Justin Clarke and ex-Chief of Staff Mark Meadows ‘to listen to whatever Rudy presumably wanted to say to the president.’

Miller was asked if he observed anyone in that meeting had too much to drink – to which he named Giuliani as well.

Miller, however, was more direct in laying the blame at the former Trump lawyer’s feet.

‘There were suggestions, by I believe it was Mayor Giuliani, to go and declare victory and say that we’d won it outright,’ the former Trump adviser said on video.

Stepien said he encouraged Trump to say: ‘ It’s too early to tell, too early to call the race. But you know, we are proud of the race we we ran and we think we’re in in good position. And we’ll have more to say about this.’

He said Trump disagreed with that plan.

Axios reported last week that lawmakers recruited Goldston – who also helmed Good Morning America and Nightline as executive producer – to shape their mountains of evidence into a ‘blockbuster’ presentation.

The most highly-anticipated testimony was expected to come from former Trump campaign manager Bill Stepien, but he was forced to withdraw less than an hour before the hearing was meant to start after his wife went into labor.

‘Mr. Stepien was in town and preparing for his testimony here today in response to a subpoena when he got a call that his wife had gone into labor. He notified committee council and he immediately headed to hospital to be with her,’ his lawyer told reporters outside of the hearing room. 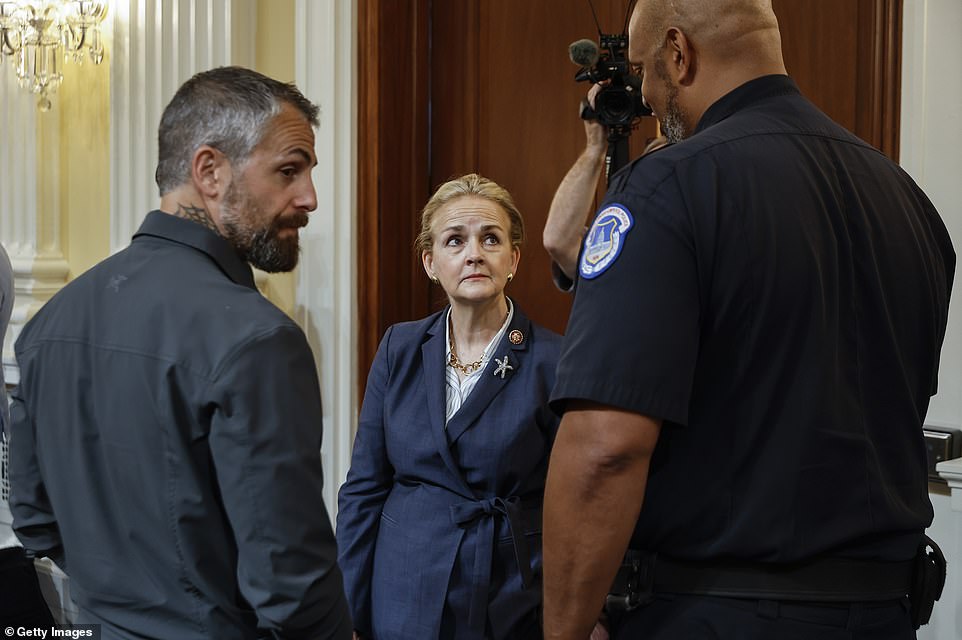 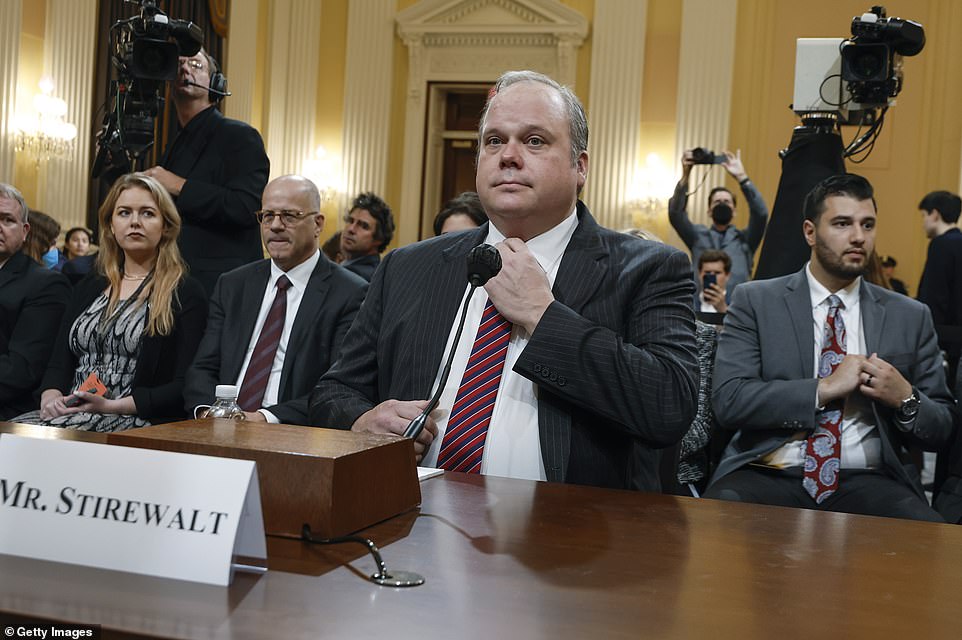 Fired Fox News editor Chris Stirewalt, who was part of the team that called Arizona for President Joe Biden, prepares to testify 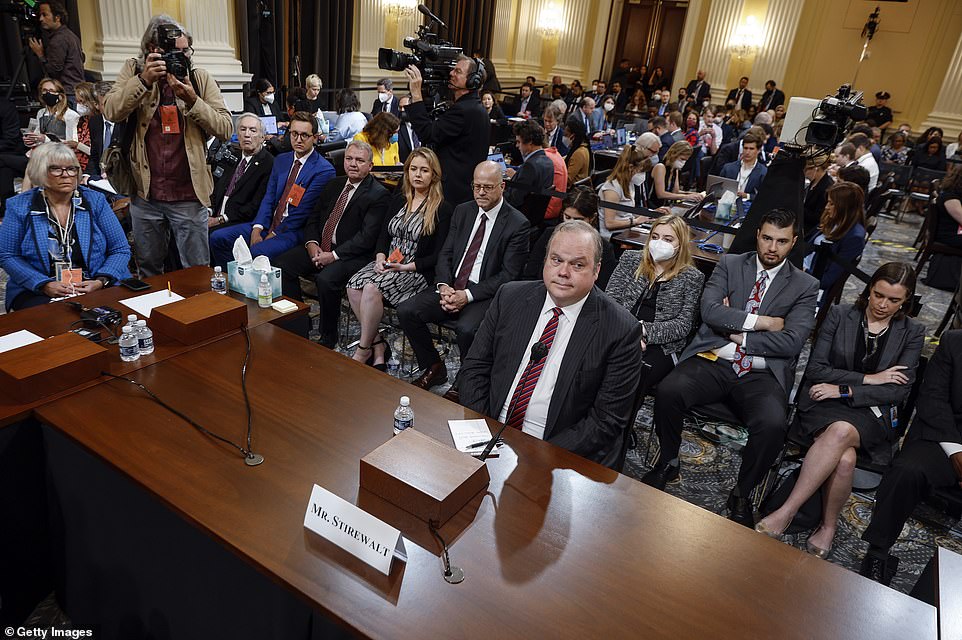 Stirewalt was meant to testify alongside former Trump campaign manager Bill Stepien, who had to leave the hearing for a family emergency after his wife went into labor

Edwards’ moving testimony captured the night, as she compared the Capitol to a ‘war zone’ and recalled ‘slipping in people’s blood’ as she defended the building from Trump’s mob of violent supporters – experiencing a traumatic brain injury in the process.

That session was led chiefly by chairman Thompson, a Democrat, and Republican vice chair Cheney.

It also featured excerpts from videotaped depositions with former Attorney General Bill Barr and Trump’s daughter and White House adviser, Ivanka, both making clear they believed at the time that there was no widespread fraud.

Multiple members of the select committee suggested they gathered enough evidence to bring criminal charges against Trump over the weekend. Appearing across a slew of Sunday news programs, panel members made clear that they hope Attorney General Merrick Garland is paying close attention to their hearings.

‘I would like to see the Justice Department investigate any credible allegation of criminal activity on the part of Donald Trump or anyone else,’ committee member Rep. Adam Schiff said on ABC News’ This Week.

He later added: ‘They need to be investigated if there’s credible evidence, which I think there is.’

Rep. Jamie Raskin, meanwhile, said he doesn’t want to ‘browbeat’ Garland but noted the committee has already laid out criminal statutes they believe Trump violated through a series of court filings. 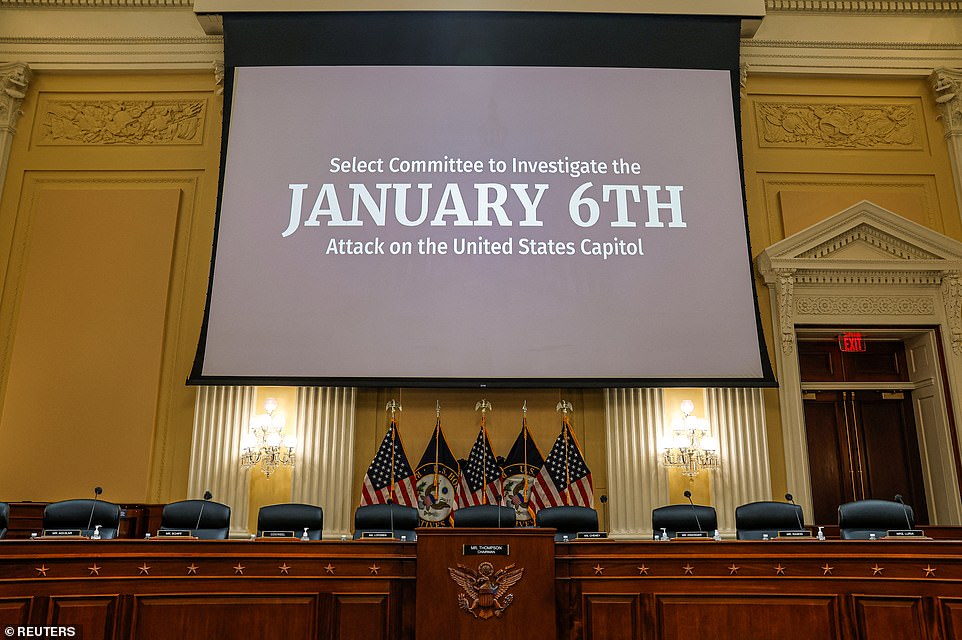 General view of the room before the second public hearing of the U.S. House Select Committee to Investigate the January 6 Attack on the United States Capitol, at Capitol Hill, in Washington, U.S. June 13 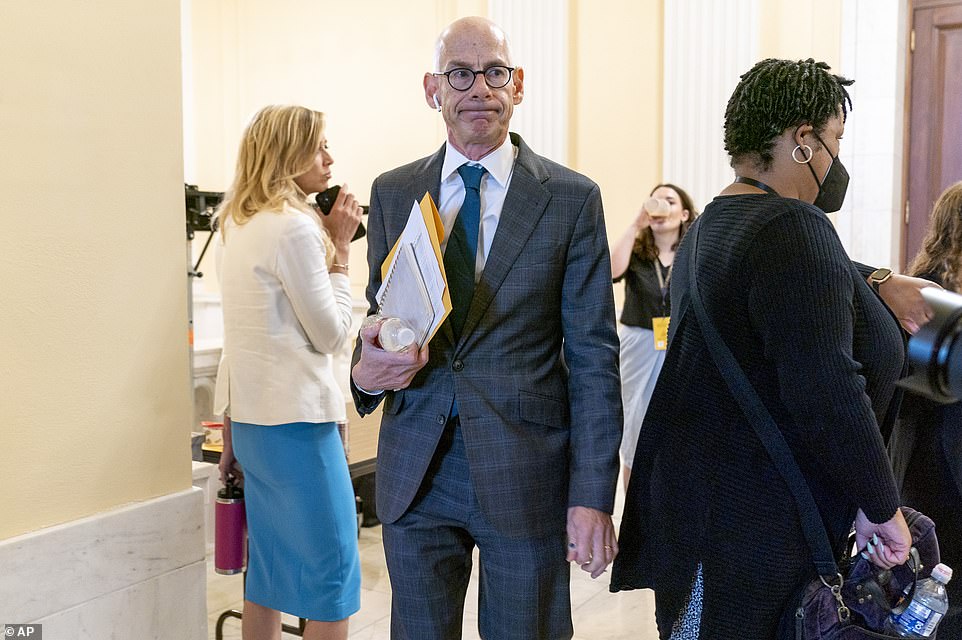 ‘I think that he knows, his staff knows, the US attorneys know, what’s at stake here,’ Raskin told CNN’s State of the Union.

‘They know the importance of it, but I think they are rightfully paying close attention to precedent in history as well, as the facts of this case.’

Rep. Elaine Luria said the committee’s hearings would focus heavily on Trump’s ‘dereliction of duty,’ particularly during the 187 minute-gap between when the former president’s supporters first broke into the Capitol and when he called them off.

‘We’ve pieced together a very comprehensive tick tock timeline of what he did. And then 187 minutes, you know, this man had the microphone; he could speak to the whole country. His duty was to stand up and say something and try to stop this,’ Luria said on NBC’s Meet the Press.

‘So, we’ll talk about that and what I see to be his dereliction of duty, and he had a duty to act.’

During their first hearing the panel contextualized the January 6 attack into a wider alleged plot by Trump and his allies to overturn the 2020 presidential election.

The riot was ‘no accident,’ the committee said, but rather ‘Trump’s last stand.’