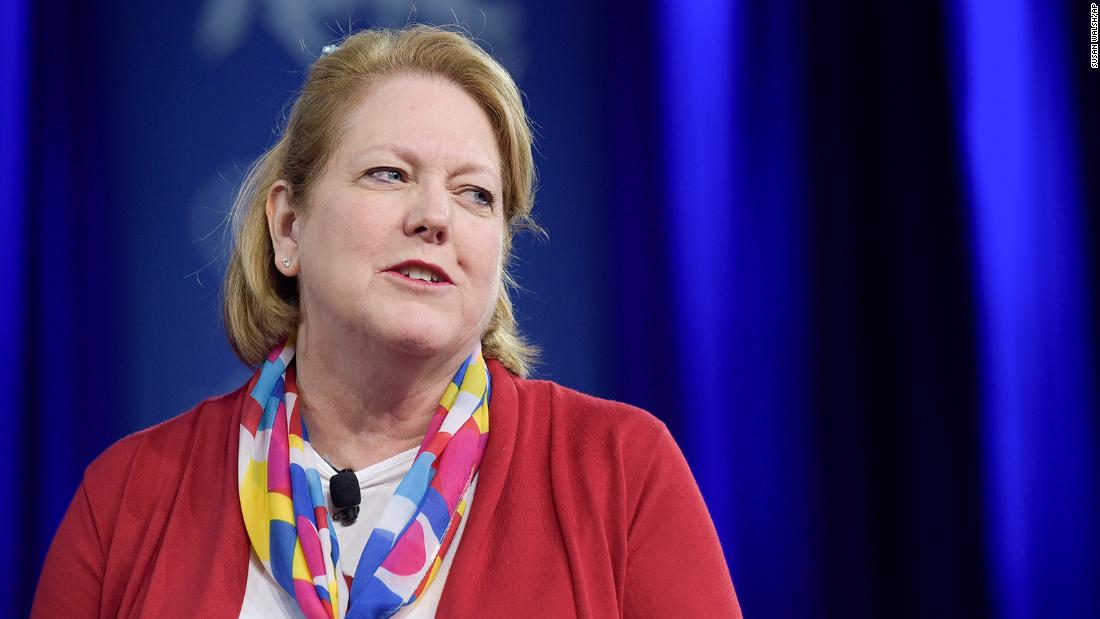 The committee has had ongoing discussions about Ginni Thomas, and CNN reported last week that it has in its possession 29 text messages that show her pleading with then-White House chief of staff Mark Meadows to continue the fight to overturn the 2020 presidential election results.

The source added that while the committee understands the public interest in Thomas following the revelation of her text messages with Meadows, there are many other relevant witnesses.

The committee declined to comment Sunday evening. CNN has reached out to Ginni Thomas.

Last week, a select committee spokesperson would not comment on Thomas specifically but told CNN that the panel has not ruled out issuing subpoenas to anyone.

From the committee’s beginning, both Thompson and Cheney have publicly said that the panel is committed to following the facts wherever they lead.

“Every member of this committee is dedicated to conducting a non-partisan, professional, and thorough investigation of all the relevant facts regarding January 6th and the threat to our Constitution we faced that day,” Cheney said last year upon accepting the role of vice chair.

While Thomas has always maintained that she has been careful to distance her activity from her husband, one text in the committee’s possession makes a notable reference to “my best friend,” something she and her husband are known to publicly call each other.

The reference is part of an exchange from November 24, 2020, where Meadows appears to be reassuring Ginni Thomas:

“This is a fight of good versus evil. Evil always looks like the victor until the King of Kings triumphs. Do not grow weary in well doing. The fight continues. I have staked my career on it. Well at least my time in DC on it,” Meadows wrote.

Then, Thomas replies: “Thank you!! Needed that! This plus a conversation with my best friend just now… I will try to keep holding on. America is worth it!”

CNN has not been able to independently confirm whether Thomas was, in fact, referring to her husband in this text exchange.

Both Clarence Thomas and Ginni Thomas declined to answer questions from CNN on Friday.

“No thank you,” said Clarence Thomas, dressed in a blue button-down shirt and standing inside his garage when CNN asked to speak with him. Ginni Thomas walked away without commenting.

The text messages between Ginni Thomas and Meadows, both key allies of former President Donald Trump, are raising questions about a potential conflict of interest for Clarence Thomas’ work on some Supreme Court cases.

“These were intemperate emails and they are going to create a problem if these kinds of cases come before the court,” long-time Republican strategist Karl Rove told Fox on Sunday, referring to cases related to 2020 election fraud and January 6.

“There’s been no intimation that these were directed from Clarence Thomas. She came up with these independently … so she is responsible for the content,” Rove added. “The question is, how does this bear in the public perception of the court if a case comes forward in which these issues are raised.”

Congressional Democrats expressed outrage over the text messages, with several calling for Clarence Thomas’ ouster from the court and others indicating he should recuse himself from cases involving claims of 2020 election fraud.

“Judges are obligated to recuse themselves when their participation in a case would create even the appearance of a conflict of interest. A person with an ounce of commonsense could see that bar is met here,” Sen. Ron Wyden, an Oregon Democrat, said in a blistering statement last week.

Thomas still appears to have strong support from the top Republicans in the House and Senate.

“Justice Thomas is a great American and an outstanding Justice. I have total confidence in his brilliance and impartiality in every aspect of the work of the Court,” Senate Minority Leader Mitch McConnell said in a statement last week when asked if Thomas should recuse himself from election and January 6-related cases.

House Minority Leader Kevin McCarthy echoed that sentiment when asked by CNN’s Melanie Zanona whether the justice should recuse himself from cases going forward.

“No, I think Justice Thomas can make his decisions like he’s made them every other time. It’s his decision based upon law,” McCarthy said.

This story and headline have been updated with additional developments Monday.