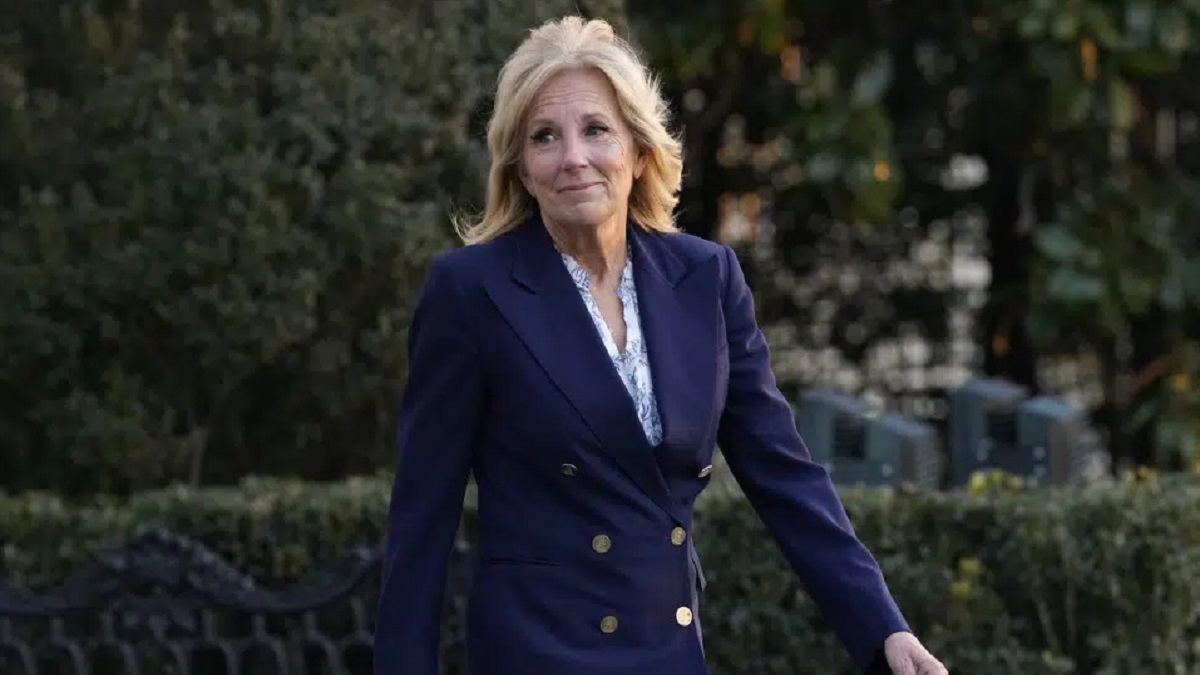 US First Lady Jill Biden had undergone surgery to remove two cancerous lesions that had developed on her eye and chest, while another lesion is being examined that appeared on her left eyelid, the White House said on Wednesday.

According to President Joe Biden’s physician, Dr. Kevin O’Connor, the two lesions are confirmed to be basal cell carcinoma. The lesion on her left eyelid was ‘fully excised, with margins, and was sent for standard microscopic examination,’ according to O’Connor’s report.

The Bidens spent the day at Walter Reed National Military Medical Center in Bethesda, Maryland, where the 71-year-old first lady had the scheduled outpatient procedure known as Mohs surgery to remove and examine the lesions. After nearly nine hours at the hospital, the president returned to the White House solo; the first lady was expected to follow later in the evening. O’Connor said the first lady was ‘experiencing some facial swelling and bruising, but is in good spirits and is feeling well.’

What is Basal cell carcinoma?

Basal cell carcinoma is the most curable form of skin cancer. It is slow-growing cancer that usually is confined to the surface of skin, doctors almost always can remove it all with a shallow incision, and seldom causes serious complications or becomes life-threatening.

Basal cell carcinoma is so common there aren’t good counts. The American Cancer Society lumps them in with another easily treated type called squamous cell cancer. About 3.3 million Americans get one of those two types each year and the vast majority are basal cell, according to the organization.

White House informed about her condition

Her office announced a week ago that doctors had discovered the lesion during a recent routine skin cancer screening. “She was to have a common outpatient procedure known as Mohs surgery to remove and definitively examine the tissue,” said O’Connor in a January 4 memo that the first lady’s office released last week.

The Skin Cancer Foundation said the delicate skin around the eyes is especially vulnerable to damage from the sun’s ultraviolet rays. The surgery was arranged for the morning after the Bidens returned from Mexico City, where the president held two days of talks with the leaders of Mexico and Canada.

In April 2021, the first lady had a medical procedure that the White House described only as ‘common.’ Details were not provided. The president accompanied her to an outpatient centre near the campus of George Washington University, and they returned to the White House after about two hours. Biden also accompanied the first lady to Walter Reed in July 2021 for outpatient treatment after she punctured her left foot while walking on a beach in Hawaii. She had stopped in Hawaii for official events after participating in opening events for the Tokyo Olympics.