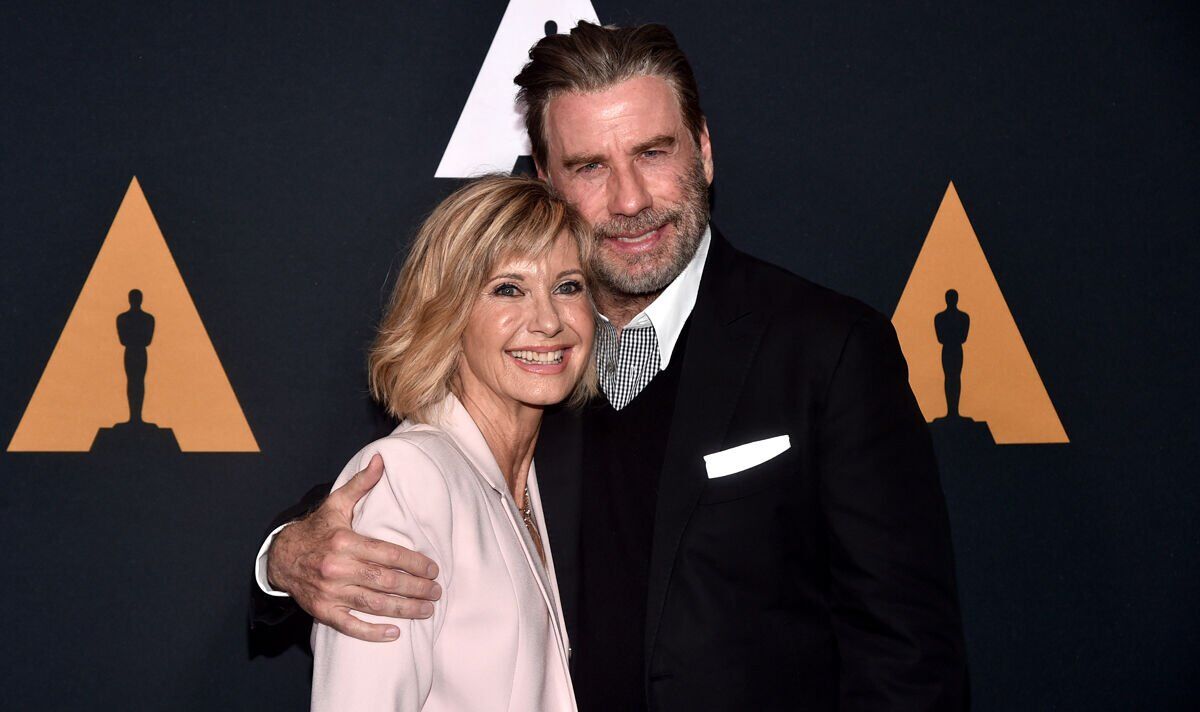 John Travolta stars in Pulp Fiction this evening on Channel 4 at 10pm – but long before he became the assassin Vincent Vega in Quentin Tarantino’s action movie, the American star played Danny Zuko in the 1978 musical Grease. The legendary ’50s movie starred him and the iconic Olivia Newton-John – but she only joined the picture after he relentlessly pitched the role to her. And once she joined, the sexual tension was undeniable.

Newton-John looked back on joining Grease with a casual flair in 2012. She recalled: “[Travolta] was so sweet and nice, and I was very nervous about making a movie and he convinced me that yes, I should do a screen test. We did the screen test and it was great and here we are!”

However Travolta remembers things very differently. After playing Danny in the Grease stage show for years, he knew who he wanted to play Sandy in the big-screen version of the musical. “There is only one person that should play this role,” he told producers. “And it’s Olivia Newton-John… She’s every guy’s dream.”

Newton-John wasn’t initially convinced by Travolta’s advances, but once they got together, things started progressing quickly.

The actress wistfully recalled: “I went outside to be greeted by those piercing blue eyes and the warmest smile on the planet In person, John Travolta radiates pure joy and love. That day, he greeted me with a big hug like we were already lifelong friends. How could you say no to John Travolta?”

Eventually, Newton-John agreed to join the movie – but she had one stipulation. “I have to see myself on a screen test first,” she told Travolta.

She later said: “I was very conscious of my limitations so I didn’t want to tackle it and make a fool of myself.” At the time, Newton-John was an extremely famous singer and songwriter. Her music had even been covered by George Harrison of The Beatles.

But when Travolta arranged the screen test, he had a specific challenge for her. “I had to talk her into doing You’re The One That I Want,” he remembered. “That’s the big turn for her character.”

While she was initially nervous about taking on this massive final number, she pleased herself – and the Grease bosses – with her performance. She agreed to join the movie and started shooting fairly soon thereafter.

However, things continued to hot up between the two actors.

Travolta was admittedly attracted to Newton-John. He pointed out that his attraction even bled into the filming of the movie.

He said: “I think you saw that in You’re the One That I Want. There’s almost resolve of that tension right there.”

Newton-John also agreed: “Yes, we really liked each other and there was an attraction.”

Despite their constant attraction to one another, the pair parted ways once filming ended. They both married different people and rumours of their romance were never confirmed.

Travolta’s love for Newton-John continued until her death last year.

Newton-John died from cancer on 8 August 2022, aged 73. A “small and very private” memorial service was held in California the following month.

Travolta released a statement just after the announcement of Newton-John’s death. He wrote: “My dearest Olivia, you made all of our lives so much better. Your impact was incredible. I love you so much. We will see you down the road and we will all be together again. Yours from the first moment I saw you and forever!”