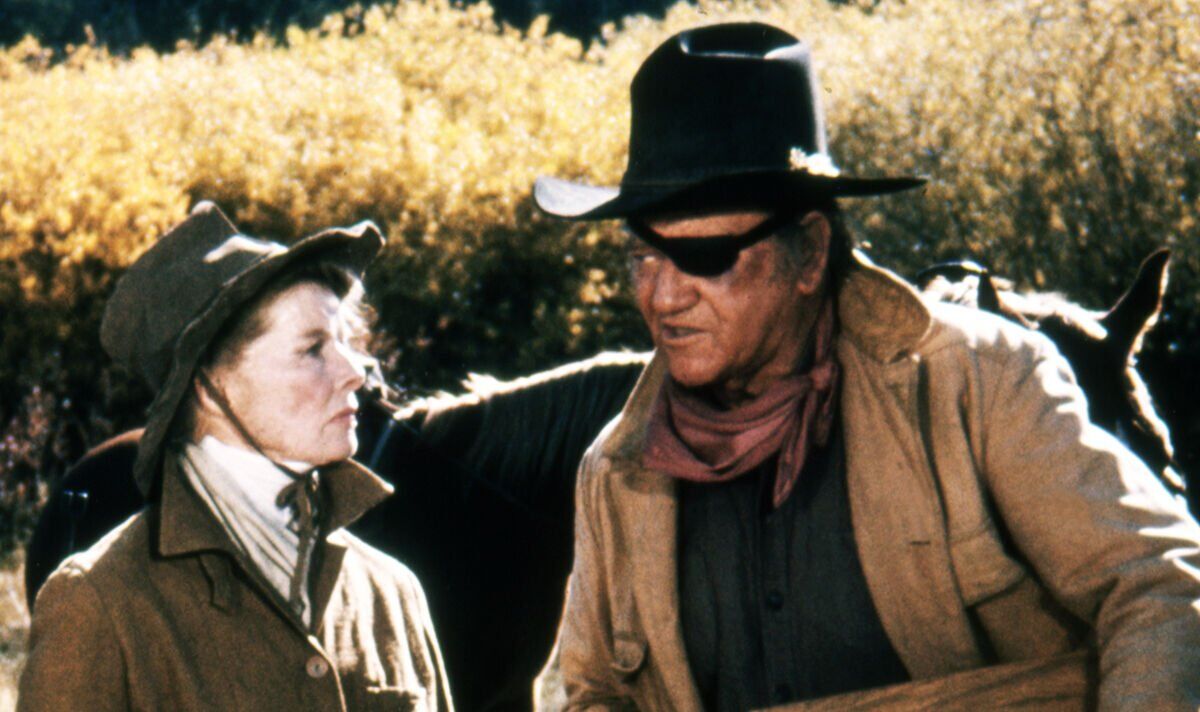 Back in 1969, John Wayne starred in True Grit as one-eyed US Marshal Rooster Cogburn, winning him the Best Actor Oscar the following year. A few years later, Duke would star in the sequel opposite Katharine Hepburn – but it was far from an easy shoot.

Wayne had been seriously ill at the beginning of 1974 having suffered from pneumonia in London while shooting Brannigan. At one point, the 67-year-old coughed so hard he damaged a valve in his heart that wouldn’t be diagnosed until 1978.

All the while Duke had been living with one lung for the last decade, having had a cancerous one removed. This meant he had to rely on an oxygen mask, especially at high altitudes, as he had great trouble breathing.

Hepburn had put aside her opposition to Wayne’s conservative political beliefs and said she saw a lot of Spencer Tracy’s integrity in Duke.

In her autobiography Me, she wrote of the Western star: “From head to toe he is all of a piece. Big head. Wide blue eyes. Sandy hair. Rugged skin–lined by living and fun and character. Not by just rotting away. A nose not too big, not too small. Good teeth. A face alive with humor. Good humor, I should say, and a sharp wit. Dangerous when roused. His shoulders are broad–very. His chest massive–very. When I leaned against him (which I did as often as possible, I must confess–I am reduced to such innocent pleasures) thrilling. It was like leaning against a great tree.”

Wayne himself was very impressed with Hepburn’s nature, saying: “You should have seen her up on those mountain locations. She can’t ride a hobby horse. But she climbed right up on those horses and gave ’em hell. We had a great girl stunt rider for her, but Kate said, ‘She doesn’t sit as straight in the saddle as I do.’”