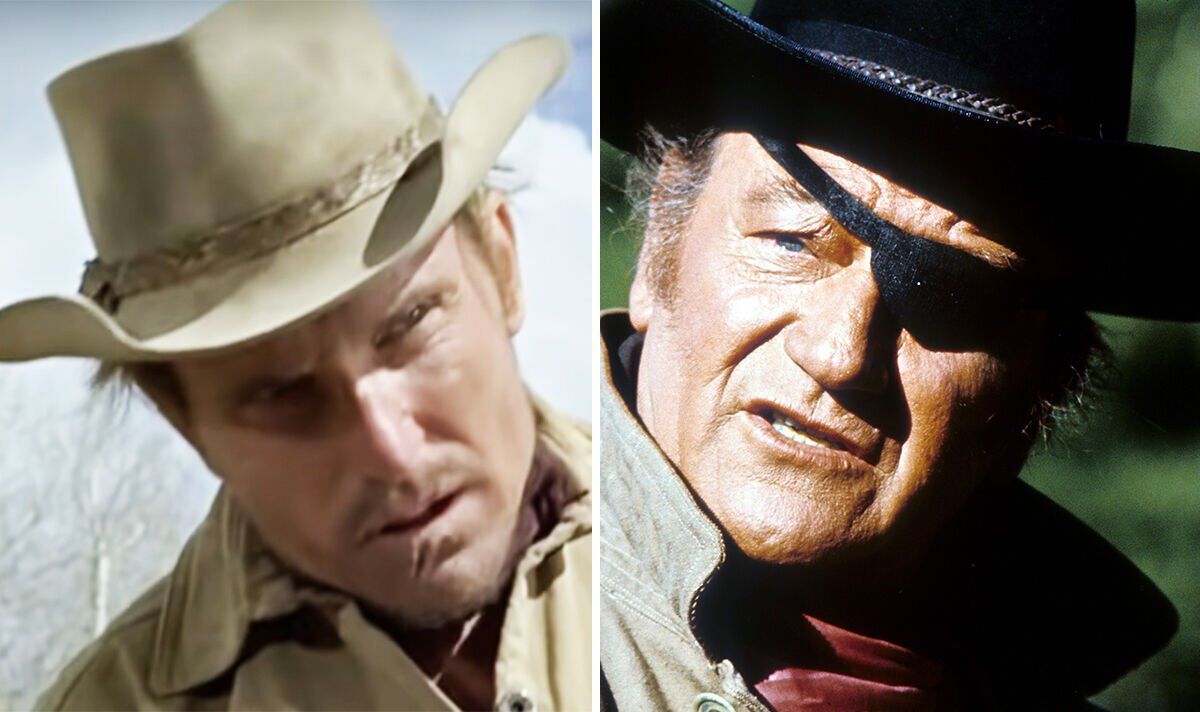 True Grit was a godsend for John Wayne, who lobbied for the lead role of one-eyed US Marshal Rooster Cogburn after reading Charles Portis’ novel of the same name. Duke would go on to finally win the Best Actor Oscar for the part in 1969, but production was far from easy for him. Despite being a huge star, he was not in control of casting. Famously Elvis Presley couldn’t be secured for the supporting role of the Texan La Boeuf, as the singer’s manager Colonel Tom Parker demanded top billing above Wayne himself. Meanwhile, there would be another actor who ended up leaving the Western legend fuming once the shoot had begun.

The actor in question was Robert Duvall, who played Lucky Ned Pepper in True Grit, which is on ITV4 today. The almost 92-year-old was 38 at the time and was yet to become the leading man he would in his later Hollywood career.

He was known for having a fiery temper just like his old roommate Gene Hackman, who he lived in New York with alongside Dustin Hoffman when they were poor young thespians. All three enjoyed practical jokes, but Duvall and Hackman were known for having short fuses which led to explosive bar fights.

Hoffman has previously shared how Duvall ended up incorporating his real-life anger into his performances. The True Grit actor would pick out an audience member he pretended to hate and then shouting ‘f*** you!’ when he left the stage following a curtain call.

As a method actor, he became frustrated when Wayne and True Grit director Henry Hathaway’s plans for his character didn’t match up with his. As a result, confrontations on set became commonplace.

He said in 2015: “The director and I didn’t get along — I don’t get along with a lot of directors.” And on another occasion, added: “Henry Hathaway… we won’t talk about him.”

READ MORE: John Wayne branded Gone with the Wind star ‘too stupid could only act’

Despite winning Best Actor for True Grit, Wayne wasn’t happy with his performance as Rooster Cogburn and later called the award “beginner’s luck”.

Yet Duvall admitted: “Wayne wasn’t as bad as some supposedly serious actors I’ve seen who trained at the Actors Studio and all that… Wayne was interesting to be around. He was pleasant and outgoing.”