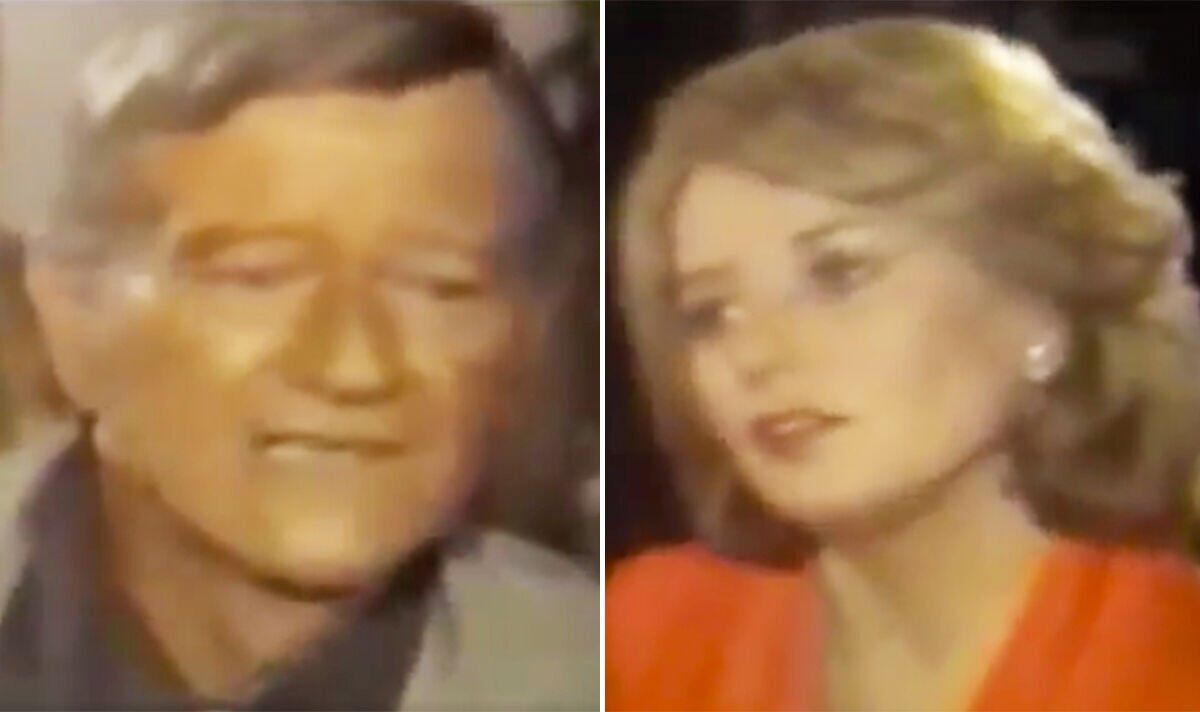 During his last 15 years, John Wayne suffered from serious health issues. The heavy smoker was diagnosed with lung cancer in the mid-sixties, resulting in having one of his lungs and a couple of ribs removed. Determined to maintain his macho image, Duke often still insisted on doing his own stunts in his movies and continued to puff on cigars despite giving up cigarettes.

The star, who kept playing parts he was too old for, would wear a toupee and secretly relied on an oxygen tank, which he tried to keep secret – once exploding at a reporter who took a picture of him using a mask to catch his breath on set.

After making 1973’s Cahill US Marshall, Wayne responded to the death of his director collaborator John Ford: “I’m on borrowed time.”

In 1976, he starred in his final movie, a Western called The Shootist, which also featured Lauren Bacall, Ron Howard and James Stewart. His lead role as JB Books was a man dying from cancer, a disease which would kill Duke in real life just three years later.

Having been diagnosed with stomach cancer, Wayne enrolled in a vaccine study in an attempt to beat it. However, the 71-year-old was too weak to begin chemotherapy and experimental treatment.

In January 1979, six months before he died, Wayne gave his final interview to Barbara Walters, who died just before New Year’s Eve 2022. Reflecting on their conversation years later, she said of his days being numbered, “I think he knew it”, as a day later he was admitted to hospital and never recovered.

Wayne’s last interview took place at his Newport Beach home, which Walters said was formal and elegant with a surprisingly humble bedroom.

During the filmed conversation, Duke was noticeably thinner with a hoarse voice, as he recounted memories from his youth including how he almost became a lawyer.

The Hollywood star was a lifelong conservative with highly controversial opinions, including once calling himself a “white supremacist” and using a homophobic slur in a 1971 Playboy interview.

So naturally, when the subject of politics and women came up, Walters was shocked at some of his opinions. Asked if women scared the hell of out him, Wayne replied: “True. yeah. Scared to death!”

On if he always voted Republican, Duke said: “Well I voted for Roosevelt one time. One time. Think of the automobiles we had. Do you think that had anything to do with socialism? It was men who wanted to become millionaires. That is capitalism. If this country had stayed the way it was and every man would have had two jobs instead of looking for one.

“If we hadn’t made it so tough for a family to keep up with their type of living, their wives had to go to work… I think it would be more pleasant for the lady, as well for the man to go to work and for the lady to have her other interests…political, bridge.”

At this point, Walters became terrified that she’d even be able to air the interview after he expressed his views on women’s roles.

Walters said: “Oh are you going to be in trouble! I can just hear it if we air this… political, bridge! I mean, what if I said [that] to you Duke.” Wayne replied: “Good, I’ll go play bridge and you go do the work. That’s fine with me. I love bridge!”

She retorted: “Sometimes I listen to you and I think, why don’t you keep your just mouth shut? It would be easier for you. A lot of people think actors should, y’know just get up there and act.”

Asked why he should keep his mouth shut as an actor, she replied: “Because maybe he’s listened to. He has more power than anyone else because he is an actor.”

But the star had another response. Wayne said: “I don’t have anywhere near the power that the press has and they certainly say a lot of things they shouldn’t.” Walters asked him: “You never worry that it might interfere with your career or that people might dislike you?” But he simply replied: “I am me, I am me.”

Duke’s last public appearance would be at the 51st Academy Awards on April 9, 1979, where he presented Best Picture.

The 71-year-old was welcomed to the stage after being introduced by Johnny Carson, arriving to a standing ovation. The Western star was noticeably much thinner and secretly wore a wet suit under his tuxedo to beef himself up. Thanking the audience for their applause, he spoke briefly before announcing The Deer Hunter as the winner.

Wayne died just two months later on June 11, 1979 with his family around him. His daughter Aissa held his hand and asked if he knew who she was and he replied with his last words.

Duke said sweetly: “Of course, I know who you are. You’re my girl. I love you.”

Shortly before he died, the 72-year-old converted to Roman Catholicism and asked that his tombstone read, “Feo, Fuerte y Formal”, a Spanish epitaph meaning “ugly, strong and dignified.”