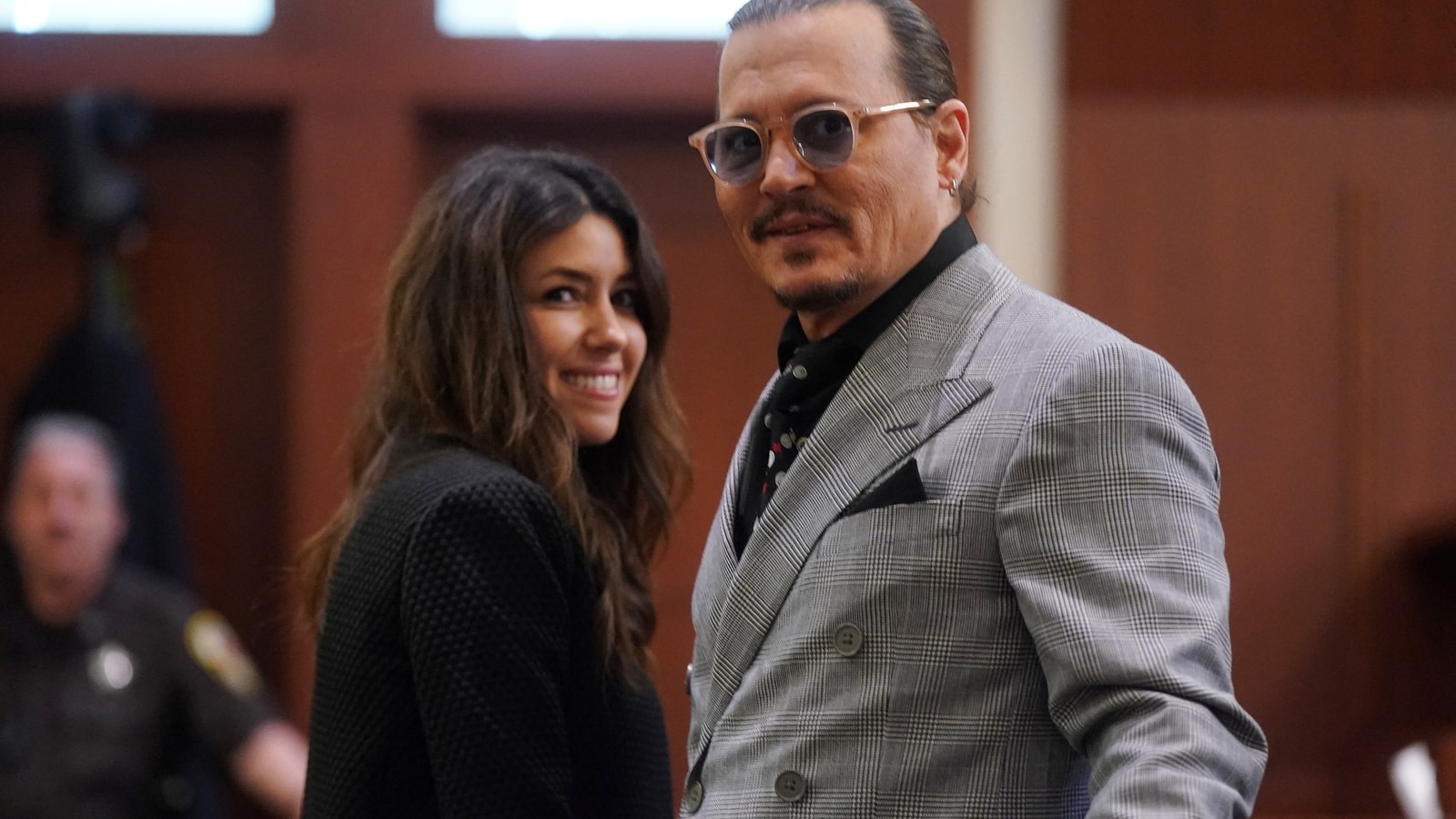 Johnny Depp’s lawyer Camille Vasquez has opened up for the first time about the rumours claiming that she was dating the actor. Camille gained popularity after she was spotted by Johnny’s side throughout his recent defamation trial against ex-wife Amber Heard. Through the trial, many had speculated about Camille and Johnny’s ‘closeness’ and claimed the two were dating. Also read: Johnny Depp’s lawyer Camille Vasquez gets promotion at her firm, week after actor’s win in defamation case

Now, in a recent interview, Camille has reacted to these claims. The lawyer has not just denied the rumours but also called them sexist in nature. She has also clarified that she has a boyfriend and that she is ‘very happy’ in her relationship.

Speaking about it with People Magazine, Camille said, “I guess it comes with the territory of being a woman just doing her job. It’s disappointing that certain outlets kind of ran with it or said that my interactions with Johnny–who is a friend and I’ve known and represented for four-and-a-half years now–that my interactions in any way were inappropriate or unprofessional. That’s disappointing to hear.” Camille added that she has a boyfriend and stated that she is “very happy in my relationship.” The lawyer further emphasised that it is unethical for lawyers to date their clients. “It’s also an unethical charge being made. It’s sexist. It’s unfortunate and it’s disappointing, but at the same time it kind of comes with the territory. I can’t say I was all that surprised,” she added.

Talking about her closeness with Johnny during the case, Camille added, “This man was fighting for his life and it broke my heart to see him day in and day out have to sit there and listen to the most horrific allegations being made against him. And if I could provide any bit of comfort, then of course I would do that, whether it’s holding his hand or letting him know that we were there and we were going to fight for him because he deserved it.”

Johnny had sued Amber for $50 million in Virginia claiming she defamed him when she called herself a victim of domestic abuse in a Washington Post op-ed in 2018. Amber countersued him for $100 million saying he besmirched her name by calling her a liar. Both parties alleged abuse at the hands of the other person during their two-year marriage which lasted from 2015-17. Johnny won the case and was awarded damages worth $10.35 million by a Virginia court. The court also found him guilty on one count of defamation and ordered him to pay Amber $2 million.