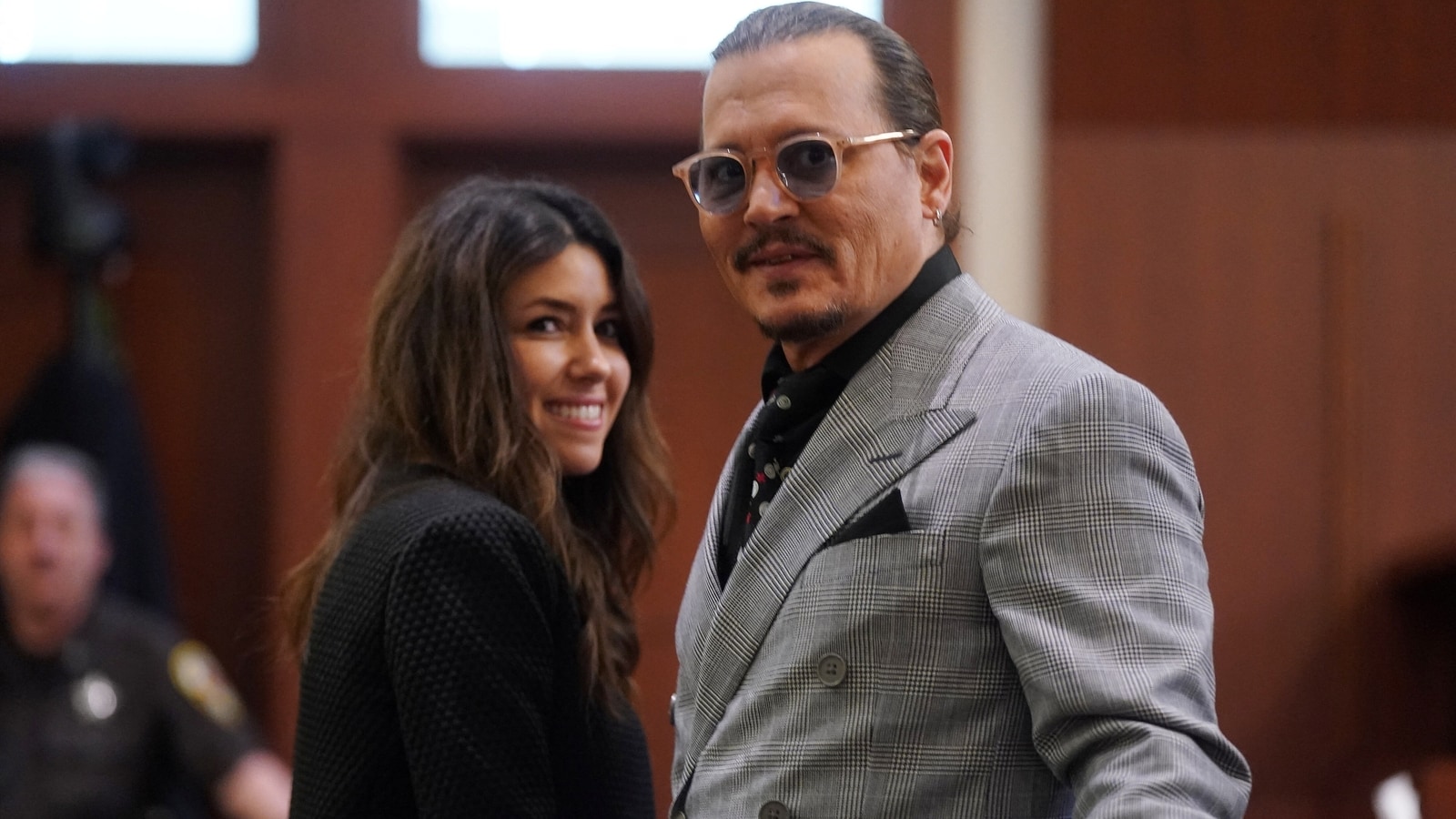 As Johnny Depp is involved in the high-profile defamation case against his ex-wife Amber Heard, his team of lawyers is also slowly gaining a fan base. Among them, Camille Vasquez has already garnered quite a few fans. Recently, there were rumours that Camille and Johnny’s relationship was more than just professional and the two were in fact, dating. Now, in a recently-surfaced video, Camille seems to laugh it off when asked to comment on the rumour. Also read: Johnny Depp’s ex-girlfriend Ellen Barkin testifies for Amber Heard, alleges Johnny was ‘ drunk, jealous, controlling’

The video was published by TMZ earlier this week, who credited it to SplashNews.com. The video shows Camille and the rest of Johnny’s legal team exiting the court after the hearing on Tuesday. As they reach the photographers waiting outside, one of the paparazzi asks Camille, “The people want to know, are you dating Johnny Depp.” Camille says hi to the photographer but simply laughs when the question is asked.

The photographer further presses, “It’s all over the Internet. Can you set the record straight? Yes or no.” Camille ignores the question and keeps walking, even pausing to pet a fan’s dog waiting outside the court. She then hugs a few fans before moving away.

Several fans also laughed at the question. One commented, “We are so deprived of simple kind acts that a man and woman smiling at each other has to mean they are dating.” Others found the whole video funny. There were many, however, who shipped Camille and Johnny. “He needs a smart woman,” read one comment.

Johnny has sued Amber for defamation in a $50 million suit. The bone of contention is a 2018 The Washington Post article Amber wrote where she called herself a survivor of domestic abuse. While the article didn’t name Johnny, his legal team argues that the implication was defamatory and caused the actor to lose work and social standing. Johnny and Amber were married in February 2015. Their divorce was finalized two years later.

Johnny has also alleged that it was Amber who was the abusive one in the relationship. Amber has claimed Johnny was physically and sexually abusive towards her and countersued him for $100 million. Both suits are being tried concurrently. The verdict is set to be delivered on May 27.

Johnny, who filed the defamation complaint in the United States in 2019, had also filed a separate libel case in London that he brought against The Sun for calling him a “wife-beater.” He lost the case in November 2020.