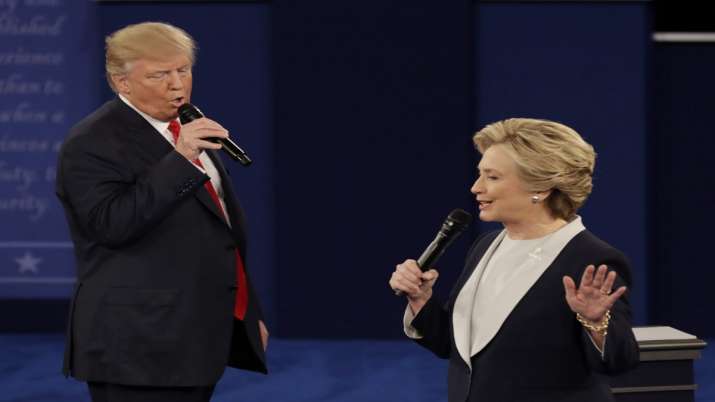 A US judge has dismissed former President Donald Trump’s lawsuit against Hillary Clinton, his rival during the 2016 presidential election.

On Thursday (September 8), the judge said the suit was not an effort to seek “redress for any legal harm”, but was instead an attempt to use the court to air political grievances, reports Xinhua news agency.

Judge Donald Middlebrooks, at the US District Court for the Southern District of Florida, said Trump “is seeking to flaunt a two-hundred-page political manifesto outlining his grievances against those that have opposed him”.

“And this Court is not the appropriate forum,” Middlebrooks wrote in his opinion.

The lawsuit stemmed from the inquiry into any possible ties between the 2016 Trump presidential campaign and Russia.

After two years and millions of dollars, the US government found no smoking gun.

Last March, Trump accused Clinton, who ran against him in the 2016 presidential race, as well as dozens of other Democrats, of attempting to rig the elections by creating a false narrative that the Trump campaign colluded with Russia.

The lawsuit alleged that Clinton and her campaign conspired with former Federal Bureau of Investigation (FBI) Director James Comey, the Democratic National Convention, and others who “maliciously conspired to weave a false narrative”.

Middlebrooks said, “Many of the statements that Plaintiff characterizes as injurious falsehoods qualify as speech plainly protected by the First Amendment.”

“At its core, the problem with Plaintiff’s Amended Complaint is that Plaintiff is not attempting to seek redress for any legal harm.”

A spokesman from Trump’s office did not respond immediately to requests to comment on the case.

The case comes as the former President is once again in the spotlight, a month after the FBI conducted an unprecedented raid on his Mar-a-Lago residence in Palm Beach, Florida.

Republicans have been in an uproar, alleging that the FBI has gone above and beyond the norms of the United States political arena.

Trump took to social media and said the US was now a “banana republic” – a corrupt country without rule of law.

The FBI claimed it had “probable cause” that warranted a raid, as the agency believed it would find “evidence of obstruction”, a crime in the US, at Trump’s residence.

ALSO READ: FBI returned my passports but agents took ‘everything in sight’ like criminals: Donald Trump