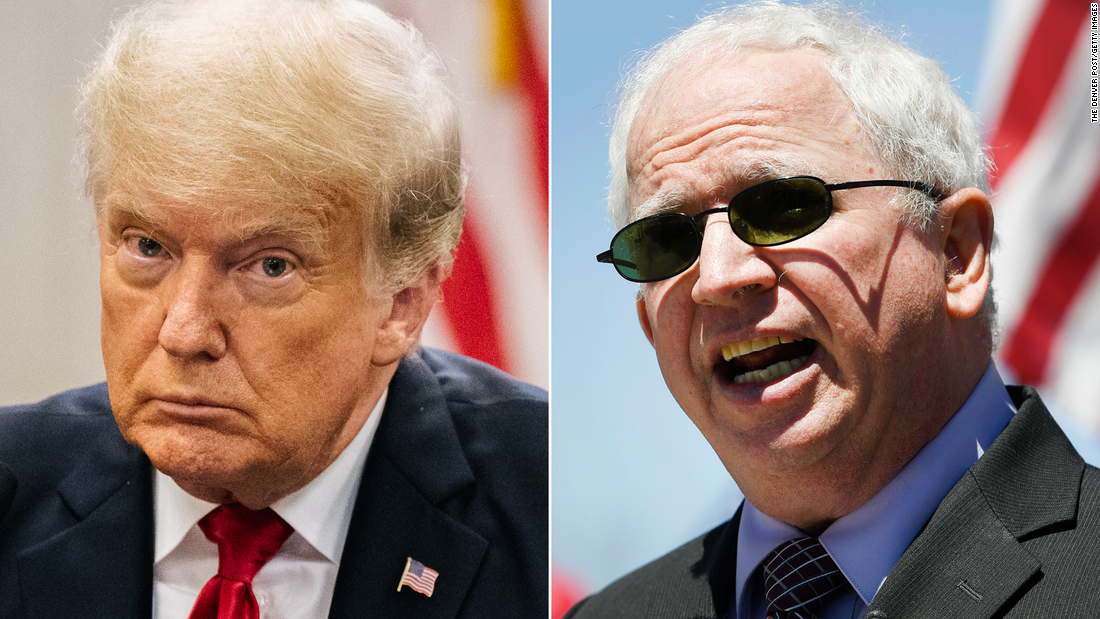 “Based on the evidence, the Court finds it more likely than not that President Trump corruptly attempted to obstruct the Joint Session of Congress on January 6, 2021,” Judge David Carter wrote Monday.

Carter’s reasoning is a startling acknowledgment by a federal court that Trump’s interest in overturning the election could be considered criminal. He also revealed new details about the emails the House is seeking and even calls for more investigation.

“The illegality of the plan was obvious,” Carter wrote. “Our nation was founded on the peaceful transition of power, epitomized by George Washington laying down his sword to make way for democratic elections. Ignoring this history, President Trump vigorously campaigned for the Vice President to single-handedly determine the results of the 2020 election … Every American — and certainly the President of the United States — knows that in a democracy, leaders are elected, not installed.”

Neither the judge nor the House committee has the ability to prosecute Trump or his allies for the conspiracy being alleged. That decision falls to the Justice Department, which is facing pressure from the left to more aggressively go after those — like Trump and his inner circle — whose involvement in the January 6 insurrection went beyond physically breaching the Capitol.

Eastman “intends to comply with the court’s order,” his attorney Charles Burnham said.

“Dr. Eastman has an unblemished record as an attorney and respectfully disagrees with the judge’s findings,” Burnham added. “Dr. Eastman asks all persons interested in this case to join him in calling upon the January 6th committee to release all the evidence so the courts and the public can reach accurate conclusions about the matters involved.”

“This absurd and baseless ruling by a Clinton-appointed Judge in California is just another example of how the left is weaponizing every branch of government against President Trump,” Budowich said.

The emails that Carter has now approved for disclosure will not immediately be made public, but instead will go to the committee.

Judge issues a plea for accountability

In his order, Carter made an unusually bold statement wishing for accountability so that history does not repeat itself.

“If the country does not commit to investigating and pursuing accountability for those responsible, the Court fears January 6 will repeat itself,” the judge wrote.

While Carter agreed with the House’s argument that Eastman and Trump shouldn’t be able to keep secret emails that show them trying to plan a crime, the judge decided many of the emails should be released to the House for other reasons, in a resounding loss for Eastman and Trump.

“Dr. Eastman and President Trump launched a campaign to overturn a democratic election, an action unprecedented in American history. Their campaign was not confined to the ivory tower — it was a coup in search of a legal theory. The plan spurred violent attacks on the seat of our nation’s government, led to the deaths of several law enforcement officers, and deepened public distrust in our political process.”

“More than a year after the attack on our Capitol, the public is still searching for accountability. This case cannot provide it. The Court is tasked only with deciding a dispute over a handful of emails. This is not a criminal prosecution; this is not even a civil liability suit,” he wrote.

“At most, this case is a warning about the dangers of ‘legal theories’ gone wrong, the powerful abusing public platforms, and desperation to win at all costs,” Carter added. “If Dr. Eastman and President Trump’s plan had worked, it would have permanently ended the peaceful transition of power, undermining American democracy and the Constitution.”

While Carter found the House’s crime-fraud argument applied to some of the documents, he decided many should be released to the House for other reasons as well, in a resounding loss for Eastman and Trump.

Carter was considering the arguments about potential criminality in the context of the records disclosure dispute.

The House committee had subpoenaed Chapman University, where Eastman was employed during the bid to overturn the election results, for emails he sent on his university email account. Eastman challenged the subpoena in court in the Central District of California.

What the emails say

While the emails won’t immediately be made public, Carter described several in detail.

Carter specified that one document the committee can receive appears to be aiding Trump and Eastman’s alleged conspiracy to obstruct Congress: a draft memo written for another Trump attorney, Rudy Giuliani, recommending that Vice President Mike Pence reject some states’ electors during the January 6 congressional meeting.

“This may have been the first time members of President Trump’s team transformed a legal interpretation of the Electoral Count Act into a day-by-day plan of action,” Carter says.

In the other 100 documents the committee will receive, the judge describes extensive discussions about using court cases as a political argument to block Congress from certifying the vote.

But, Carter ruled, many of those emails aren’t about litigation, and so they can’t be the protected work product of an attorney.

Another document, according to the ruling’s description, includes Eastman’s explanations for arguments of a plan he had previously sent Pence’s lawyer.

“In another email thread, Dr. Eastman’s colleagues discuss whether to publish a piece supporting his plan, and they touch on state lawsuits only to criticize how they are being handled by the Trump campaign,” the ruling said. “In a different email thread, Dr. Eastman and a colleague consider how to use a state court ruling to justify Vice President Pence enacting the plan. In another email, a colleague focuses on the ‘plan of action’ after the January 6 attacks.”

The documents in question do not reference future litigation, the judge wrote in explaining why he was greenlighting their disclosure.

All of the emails are from between January 4 and January 7.

“The true animating force behind these emails was advancing a political strategy: to persuade Vice President Pence to take unilateral action on January 6,” Carter said. “In general, Dr. Eastman used evidence of alleged election fraud for two purposes: to support state litigation and to persuade legislators and Vice President Pence to act. Despite those possible dual purposes, these emails do not suggest that Dr. Eastman used them for litigation, make no mention of litigation, and would have had the same form without the prospect of litigation.”

Eastman still managed to shield a handful of documents created by or for his client Trump or his campaign, according to the judge. Those represent attorney-client communications related to court action, the judge noted.

One email the committee will receive appears to be unrelated — congratulating Eastman on speaking at the Trump rally at the Ellipse on January 6 and linking to a Twitter video of the speech. The judge doesn’t reveal who wrote that email.

The case has been closely watched in the legal community because of the House’s bold move to accuse Eastman and Trump of criminal conspiracy. The House said it believed Trump was trying to obstruct Congress and to defraud the government by blocking his loss of the election and discussing it with Eastman.

Eastman, pushing back against the House’s theories, noted that if the judge agreed with the committee’s view, “it may be the first formal finding of Presidential criminality by a federal court in United States history.”

In court proceedings, Carter’s questioning in the case prompted Eastman to admit he was working for Trump at key moments in January 2021.

The House used the lawsuit’s proceedings to lay out publicly over more than 60 pages evidence they’ve gathered from top executive branch officials in 2020 and their theory for why Trump could be charged with a crime.

For instance, one witness for the committee, Greg Jacob, a top lawyer in the vice president’s office, told Eastman in emails he believed Trump’s lawsuits challenging the election were a farce. “And thanks to your bullshit, we are now under siege,” Jacob wrote to Eastman on January 6, the House revealed as part of their case.

This story has been updated with additional details.

CNN’s Tierney Sneed and Paula Reid contributed to this report.