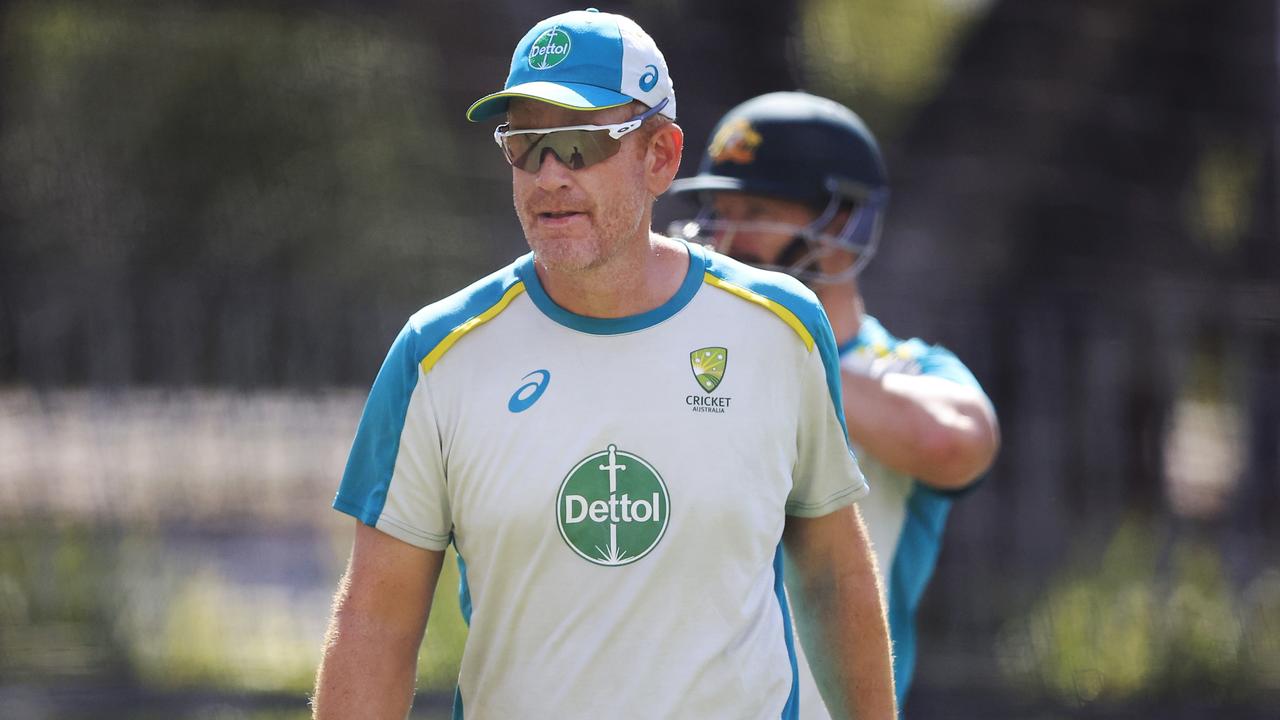 Test captain Pat Cummins made it clear that players want a new coach who is different to Justin Langer and have identified him.

Andrew McDonald is a “next-gen” coach who could provide the calm and considered presence Australian captain Pat Cummins is looking for in a new coach.

In the wake of Langer’s resignation McDonald, his senior assistant coach, will be the man in charge when Australia takes on Sri Lanka in five T20s starting on Friday and then again on the tour of Pakistan as Cricket Australia goes through the process of finding a full-time replacement.

McDonald, who has strong relationships with Cummins and white-ball captain Aaron Finch, a longstanding friend whom he played with at Victoria, the Melbourne Renegades and even at club level in Geelong, is high on the list of likely contenders to replace Langer.

Australian T20 quick Kane Richardson threw his support behind McDonald, having played with him before moving to the Renegades to play under a coach he believes makes players better.

Richardson said McDonald was “very different” to Langer and potentially more suited to the needs of the Australia playing group spread across all three formats.

Speaking on the Unplayable Podcast, Richardson gave McDonald a ringing endorsement and suggested his leadership of the Renegades was a major factor in his decision to sign a monster five-season BBL deal with the club.

“He‘s obviously very different (to Langer) in terms of the way he communicates, the way he talks about cricket,” Richardson said.

“The way he played his cricket was very different. ‘Ronnie’ wasn’t intense. He was competitive but he played in a really good Victorian team where … he was just calm, relaxed.

“He was always someone who you could easily speak cricket with. I had one year (playing) with Andrew at South Australia when his career was finishing and that’s where I got an insight into how he worked.

“He was just one of those guys who broke the game down really simply and communicates it really well.

“When he became Renegades coach and I came out of contract, I just knew I wanted to play for him because I felt like I’d get better.

“I think he’s just a next-gen coach in terms of the way he goes about it. He’s very forward-thinking.

“Players love him – not that that always matters – but I think it helps when people are listening and buying in, that‘s half the battle as a coach.”

Addressing the fallout from Langer’s messy exit on Wednesday, Cummins said McDonald had been “brilliant” since joining the national team.

“He‘s a really good people manager. He knows how to get the best out of each individual and I love working with him,” he said.

“I don’t know about the process (to appoint a new coach) or who is going to go up for it. I wouldn’t be surprised if he goes for it, but as the interim coach I’m excited to work with him over in Pakistan.”