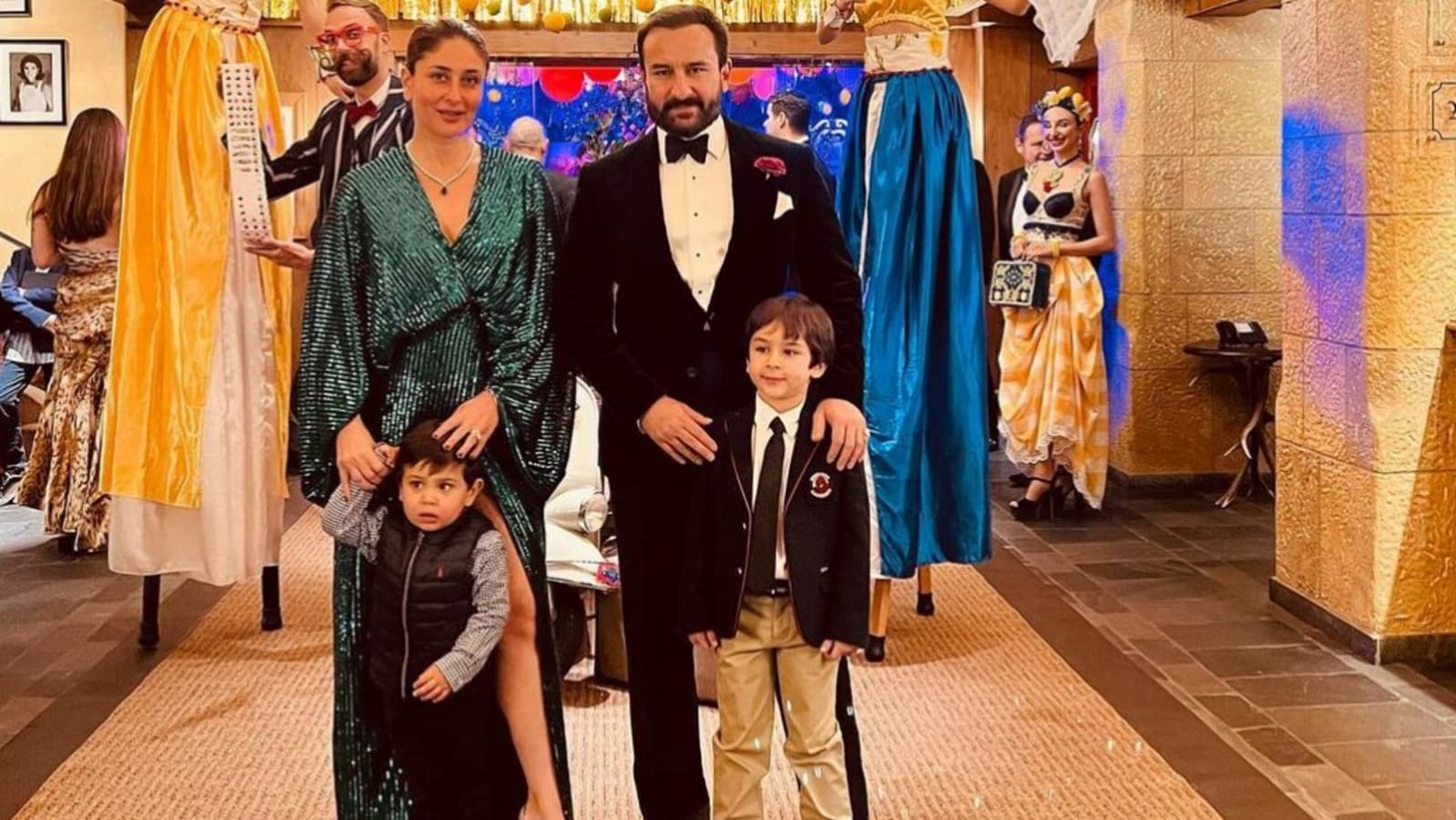 In the photo, Kareena wore a metallic green slit dress and held Jeh’s hand. She stood next to Saif Ali Khan in a black tuxedo. Their elder son, Taimur, wore a black blazer with Spider-Man on it, a white shirt, brown pants and a tie. Jeh donned black pants with a printed shirt underneath a puffed jacket.

The picture seems to be clicked during an extravagant event. Artists and entertainers were seen posing in the background of the family photo as well. Reacting to the photo, celebrities such as Karisma Kapoor and Mozez Singh sent love for the actor.

A fan commented, “You guys look so perfect. I never comment on celeb pictures but this picture brings a smile and so happy and fulfilling.” “Your are still beautiful Kareena,” added another person. Many people also extended warm wishes of the New Year to the Pataudi family.

Earlier in the day, Kareena shared glimpses of her glammed up New Year look and earned praised from all quarters. She also revealed Taimur’s ‘mood’ in a new picture and left people impressed. In it, an excited Taimur posed with his mouth open. The little one who enjoys rock music, also flashed peace signs with both of his hands. It seemed to be clicked during a private party on New Year’s Eve. All in all, the family had a blast and their pictures are proof.

Kareena is keeping her fans entertained with photos and videos from their family time in Switzerland. This is the family’s first trip to Gstaad after welcoming younger son Jeh in February 2021. This is their annual ritual which was previously blocked for two years due to the Covid-19 pandemic.

Kareena was last seen in Laal Singh Chaddha. She will be next seen in the upcoming Hansal Mehta’s untitled film, and Sujoy Ghosh’s adaptation of the Japanese novel, The Devotion Of Suspect X. She recently announced a new film, Crew, alongside actors Tabu and Kriti Sanon.