Kartik Aaryan and Sara Ali Khan were reportedly dating while they were shooting for Imtiaz Ali‘s ‘Love Aaj Kal 2’. Now, after two years, the duo posed for a picture together at an event held in the city on Thursday night. Kartik looked dapper in a black suit while Sara made heads turn in her stunning black ensemble with a thigh-high slit. The duo came together to pose with Varun Dhawan and Kriti Sanon. 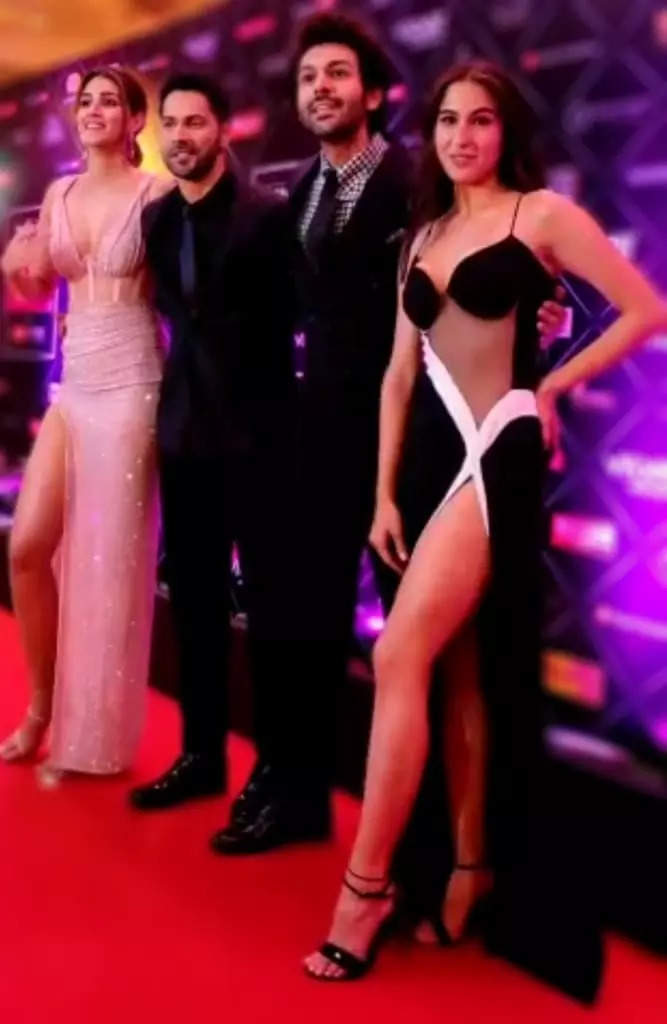 Last month, a picture of them conversing at an award night went viral on social media. Fans of the duo were happy to see them together in a single frame. 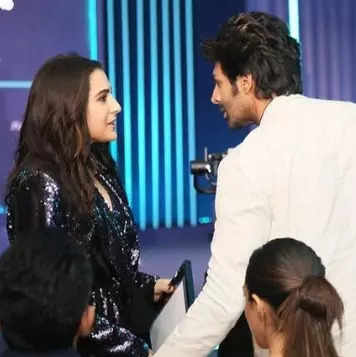 Meanwhile recently, during the promotions of ‘Bhool Bhulaiyaa 2’, Kartik was asked if dating rumours are for the film promotions. To which, the actor stated that not everything is promotional and actors are also human.

On the work front, Kartik is currently enjoying the success of his latest release ‘Bhool Bhulaiyaa 2’ co-starring Kiara Advani and Tabu. He will next feature in ‘Shehzada’ and ‘Freddy’.

On the other hand, Sara will next star in the film with Vicky Kaushal helmed by Laxman Utekar.