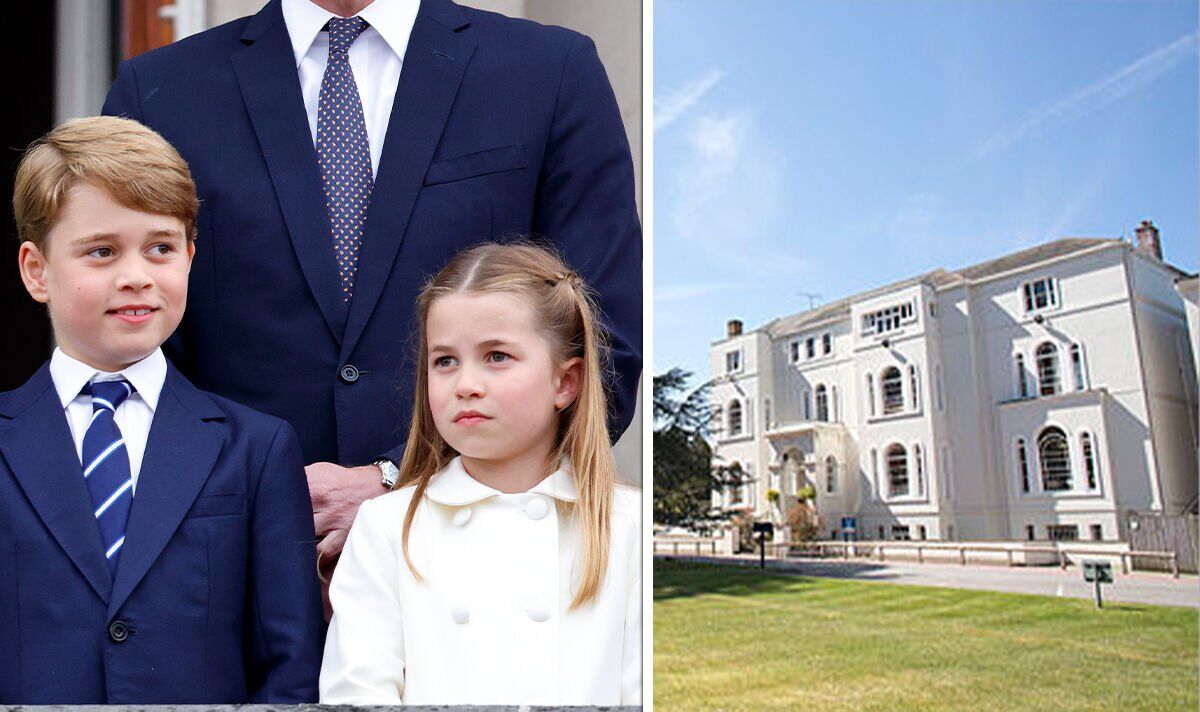 The statement released by the Palace read: “The Duke and Duchess of Cambridge have today announced that Prince George, Princess Charlotte and Prince Louis will attend Lambrook School in Berkshire from September 2022.”

It continued: “Their Royal Highnesses are hugely grateful to Thomas’s Battersea where George and Charlotte have had a happy start to their education since 2017 and 2019 respectively.

“We are pleased to have found a school for all three of their children which shares a similar ethos and values to Thomas’s.”

Jonathan Perry, headmaster at Lambrook School, commented: “We are delighted that Prince George, Princess Charlotte and Prince Louis will be joining us this coming September.

“We very much look forward to welcoming the family, as well as all of our new pupils, to our school community.”

Prince George and Princess Charlotte were both previously at Thomas’s Battersea, and Prince Louis attended Willcocks Nursery, both near the former residence of the family, Kensington Palace.

Lambrook, in Berkshire, is a mixed school from ages three to 13, which has a total of 610 students.

The Church of England school has a boarding fee of £25,440, according to the Good Schools Guide.

The private school is located very close to Windsor and Prince George and Charlotte will only be 15 minutes away from the Queen.

Lambrook also has a cricket pitch, squash courts, a dance studio and its own orchard with bees, chickens and pigs.

Lambrook’s website states: “As part of our sustainability curriculum, we teach our children about their natural environment.

“Our hope is that these animals will equip the children with practical skills, a greater understanding of animal welfare and the food industry, as well as providing plenty of entertainment and joy!”

READ MORE: Meghan Markle’s fashion hack to ‘look expensive’ – ‘she is a fan’

The Duke and Duchess of Cambridge will move to Windsor where they will live with Prince George, Charlotte and Louis at Adelaide Cottage.

It is believed the Cambridges’ nanny, Spaniard Maria Borrallo, won’t be living with the family anymore and she will live elsewhere.

George, Charlotte and Louise “won’t have a live-in nanny for the first time in their lives,” the Telegraph reported.