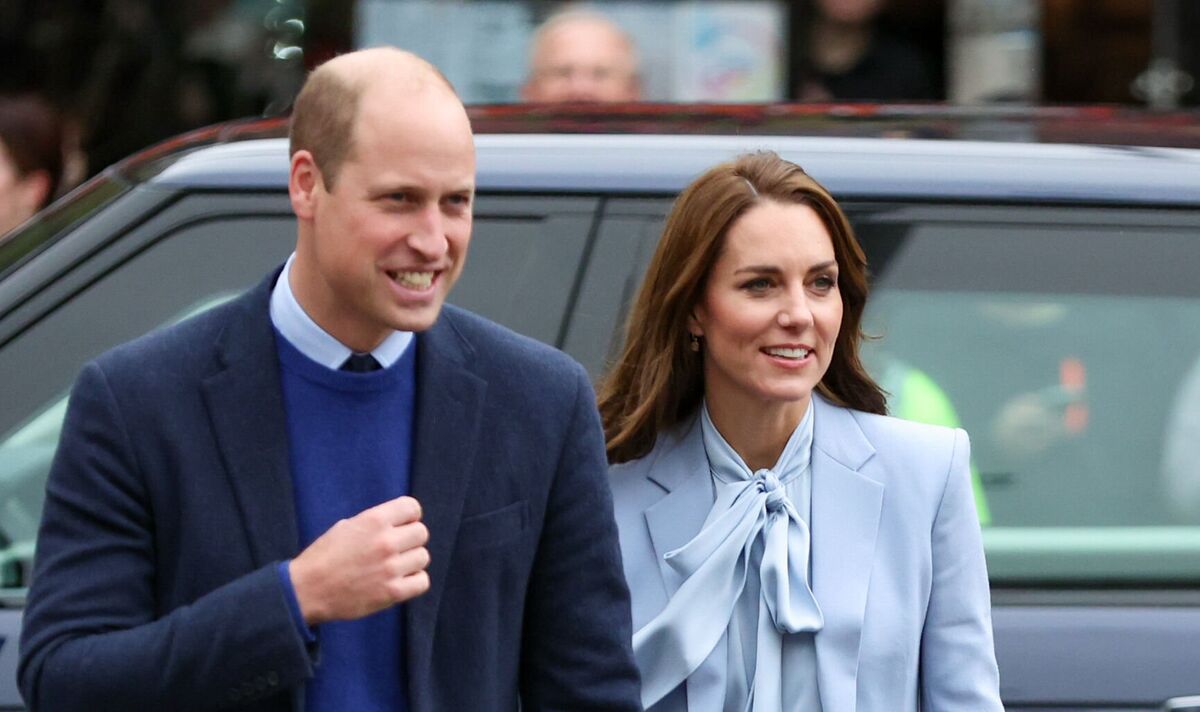 The Prince and Princess of Wales will learn about Boston’s attempts to combat the effects of climate change and will attend an awards ceremony. This will be Kate and William‘s first trip to the US since 2014 when they travelled to New York for a series of engagements and had an “absolute blast”.

The royal tour will take place from November 30 to December 2 when Kate will also visit the Centre on the Developing Child at Harvard University which works with her own Centre for Early Childhood, as part of a solo engagement.

During the Earthshot Prize innovation summit, Prince William revealed in a video message their plans to visit the US at the end of autumn and he said they were both “so excited” to travel to Boston.

During the innovation summit earlier this year, which Prince William was unable to attend due to Queen Elizabeth’s death, he explained: “Though it is the saddest of circumstances that means I cannot join you in person today, I am pleased to be able to join you in video form as you gather in New York for the Earthshot Prize innovation summit.

“During this time of grief, I take great comfort in your continued enthusiasm, optimism and commitment to the Earthshot Prize and what we are trying to achieve. Protecting the environment was a cause close to my grandmother’s heart.

“And I know she would have been delighted to hear about this event and the support you’re all giving our Earthshot finalists, the next generation of environmental pioneers.”

Robert Jobson, co-author of the book Diana: Closely Guarded Secret, opined William and Kate will “stamp their personalities” on future tours and said the couple “insist on doing it their way,” but explained that royal tours rarely change.

He commented: “I have been covering royal tours for more than 30 years. In that time the format has rarely changed. Even those undertaken by Princess Diana, the woman who is supposed to have changed the monarchy, followed a set pattern of formal dinners, speeches, walkabouts, hospital and school visits, and glad-handing politicians, some had murky pasts.

“The overseas visits are not organised by the royals themselves, although they have some input, but largely at the behest of the Foreign and Commonwealth Office, or in the case of Realms, by the host country themselves.

“If they insist – or at least strongly desire – the royal principal riding in a vintage Landrover at a passing out parade once used by the Queen in bygone colonial times, as happened to William and Kate, nine times out of 10 it will happen.”

Kate and William will have the chance to visit the beautiful city of Boston, Massachusetts. Boston is the capital of the state and also a cultural and financial centre of the New England region, in the northeast of the United States.

The royal couple will be likely flying from London to Boston Logan International Airport, and if they have some free time between official engagements, they may visit some of the city’s most famous landmarks.

The Boston Public Library opened in 1852 as the first free, publicly-supported municipal library in America and is now one of the most popular attractions in the city. Visitors have described it as “a must-see” on the travel site Tripadvisor.

Some tourists recommended visiting the stadium even “if you’re not a baseball fan” and others added it was a “great experience” and so “worth it”. The best way to do this is by booking one of the tours.

People can take one of the ferries to visit some of the islands, the most famous being George Island. During their last US tour in 2014, the couple were spotted “visiting museums, attending an NBA basketball game, meeting up with Beyoncé and more,” a source revealed.

This time, Kate and William are “looking forward to squeezing in some personal time and reliving a similar experience”. They may also be planning on taking a “quick trip to New York, where they can enjoy the festivities in the build-up to Christmas,” an insider explained.