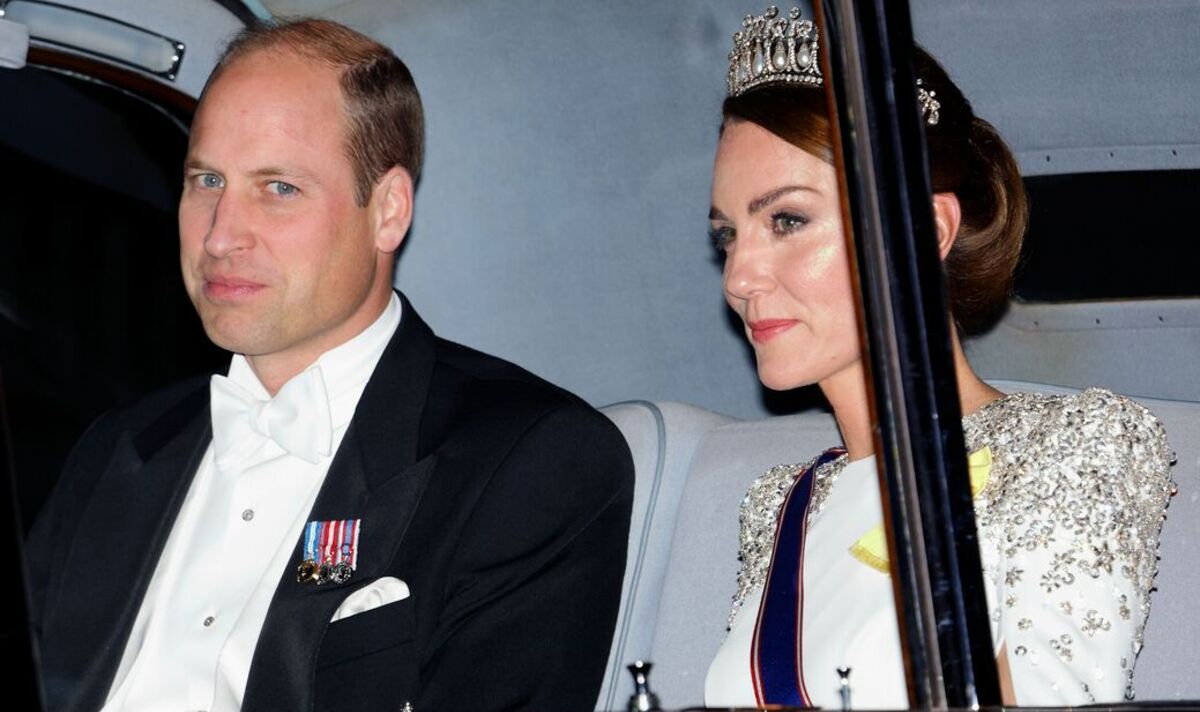 Jewellery expert at Austen & Blake Tony French explained that the Halo tiara and the Lovers Knot tiara are the most impressive pieces ever worn by Kate, Princess of Wales, which created her most “iconic” looks. According to the jeweller, the Lovers Knot tiara is one of the most astonishing royal diadems and was “one of Princess Diana‘s favourite pieces of jewellery”.

In fact, the Lovers Knot tiara was Princess Diana’s go-to diadem and given that her late mother-in-law frequently wore it, “it obviously holds sentimental value for the Princess of Wales,” the expert said.

Sometimes referred to as the Cambridge Lover’s Knot, the tiara is, in fact, a replica of an earlier royal sparkler, the jeweller explained.

The diadem was created for Queen Mary in 1914 by the House of Garrand from pearls and diamonds already owned by her family, and it was modelled after her grandmother Princess Augusta of Hesse’s tiara, the original Cambridge Lover’s Knot Tiara, “which is currently thought to be held in an unknown private collection”.

The Lover’s Knot Tiara was most famously worn by Princess Diana and was considered one of her “most beloved pieces”.

Tony commented: “Another of Garrard’s pieces, created for Queen Mary, this treasure has now become known as Kate’s favourite due to how many times she has worn it in public. Curated with diamonds and 19 hanging pearls set into both silver and gold, this is an exquisite piece that truly epitomises the word regal, with a value close to £2million.”

Sales director at F. Hinds, Jeremy Hinds, added: “Worn most recently by the Princess of Wales, the Lover’s Knot Tiara dates back more than a century. The piece was created for Queen Mary in 1914 and was modelled after a tiara owned by Queen Mary’s grandmother Princess Augusta.

On her wedding day to Prince William, Kate borrowed the Cartier Halo Tiara from Queen Elizabeth, the first diadem she ever wore and according to the expert, another of her “most iconic” pieces.

The late Queen lent her the delicate diamond and platinum piece which “perfectly complemented her now-iconic Alexander McQueen gown,” the jewellery expert commented.

The diadem was created in 1936 by Cartier and was initially owned by Elizabeth, the Duchess of York.

The Duchess of York then became the Queen Mother who gave the tiara to her daughter Elizabeth as a gift on her 18th birthday.

The breathtaking tiara was given to Kate by Queen Elizabeth II for her wedding, as well as the Robinson Pelham oak leaf pear-cut earrings, which were given to her by her parents, Carole and Michael Middleton.

Jewellery expert Tony French explained: “Not many people get away with wearing a tiara in this day and age, and for us in the jewellery industry, that is a crime. However, if anyone is going to pull it off a Princess certainly will.

“Her wedding tiara was actually an 18th birthday gift to Queen Elizabeth II herself, when she was still a Princess. The Cartier Tiara which holds 888 diamonds is valued at just over £1million.

“Kate’s beautiful diamond earrings are stylised oak leaves with a drop acorn design along with pear-shaped diamonds was no doubt her ‘something new’ on her wedding day. They have an estimated value of around £15,000,” he explained.