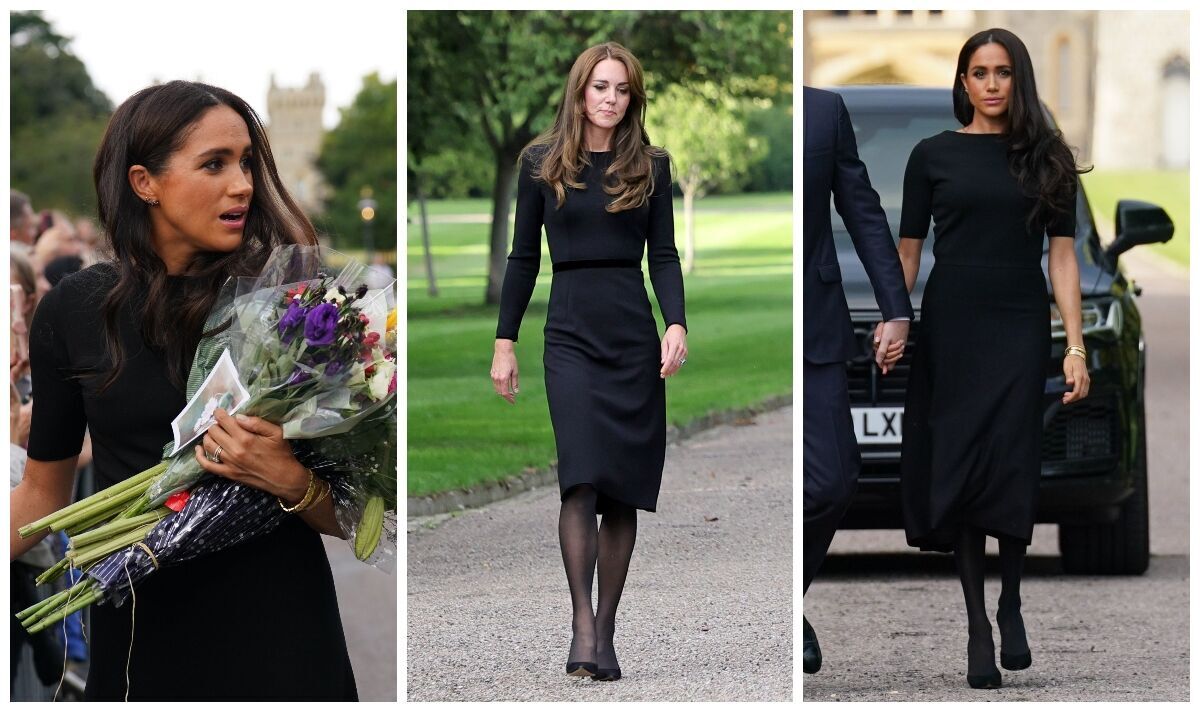 Kate’s dress was long-sleeved and appeared to have a belt around the Princess’ waist.

She wore her brunette locks down for Saturday’s solemn occasion.

In an outfit very similar to her sister-in-law, Meghan wore a longer dress but with short sleeves.

The Duchess opted for darker tights and a similar pair of black stilettos.

Meghan also wore her hair down, but with one side tucked behind her ear.

The Duke and Duchess of Sussex walked hand in hand.

Whereas the Prince and Princess of Wales did not hold hands as they walked beside Harry and Meghan.

The Prince and Princess of Wales and the Duke and Duchess of Sussex were dressed in all black as they walked along the gates of Windsor Castle.

The Duke and Duchess of Sussex held hands as they looked at the tributes, with Harry at one point affectionately putting his hand on Meghan’s back.

They were seen pointing at different tributes and discussing them as members of the crowd waved at them.

The four looked at tributes and flowers which have been left at Cambridge Gate following the death of Queen Elizabeth II.

Each member of the Royal Family was seen pointing at different tributes and discussing them with each other as members of the crowd waved at them.

William and Kate and Harry and Meghan then greeted well-wishes along The Long Walk outside Cambridge Gate at Windsor Castle with a number holding up mobile phones to take a photo of the royals who have not been pictured together since 2020.

Children could also be heard shouting, “We love you William”, as well-wishers expressed sorrow at the royals’ loss.