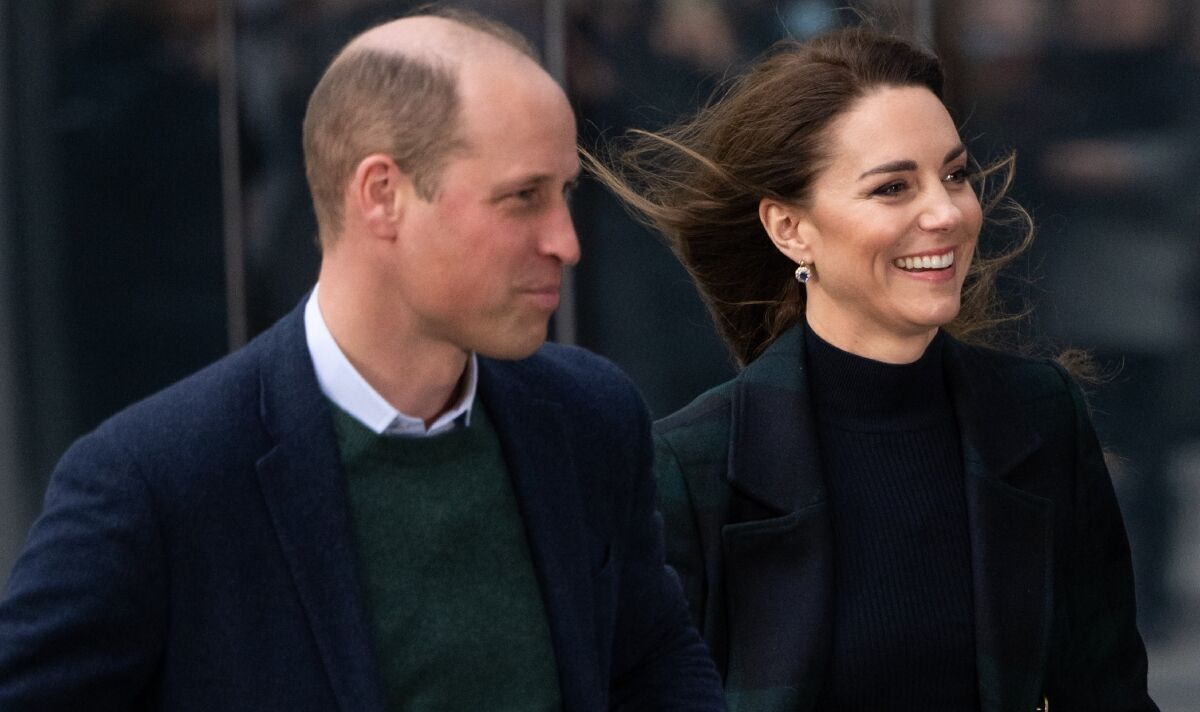 Kate Middleton, 41, appeared in public for the first time in 2023 on Wednesday after dropping her children off at school. But today, the Prince and Princess of Wales performed their first royal engagement in Liverpool.

Kate and William put on a strong show of solidarity today as they wore very similar-looking outfits and performed almost identical body language to each other.

Many fans on social media assumed this was the case because William’s brother, Prince Harry, has just been doing a promotional tour for his memoir Spare, which includes many bombshell claims about the couple.

Judi James, a professional body language expert, spoke exclusively to Express.co.uk to analyse the couple on their trip to Merseyside today.

She said: “Kate and William’s response to Harry’s claims and accusations seems to be non-verbal, allowing their body language to do the talking rather than any written or verbal response.”

However, Judi argues that despite the aim for solidarity, Prince William, 40, displays some “signals” which tell a different story.

She claimed: “The look is all about unity, defiance and resilience, but some of William’s underlying signals suggest we shouldn’t underestimate the effort this might have taken.

“Unlike his father, who appeared beaming and chuckling as though having one of his best days, William shows hints of his more sensitive side here.”

However, compared to his father, Prince William looked “slightly unsure” on occasions today, the expert claimed.

Judi opined: “His top lip is tight, suggesting he is torn between performing a smile and suppressing it.

“His first wave to the crowds looked modest and very slightly unsure, as though he might have felt a need to have their support re-affirmed first.”

The body language expert explained “the bigger message” that the Prince and Princess were trying to say with their body language today.

Judi suggested: “The bigger message though is all about business as usual.

“William and Kate’s mirroring is as strong as ever, showing mutual support and a like-minded approach.

“Their beaming smiles and synchronised waves hint that there is no erosion of their profile or their intention to get on with the job.”

The body language expert even noticed that William and Kate took their fashion choices incredibly seriously today, knowing that cameras would be following their every move.

She explained: “They have even matched their outfits in a strenuous display of unity and team profile.”

Today, the Princess of Wales wore her Holland Cooper “Double Breasted Coat in Blackwatch” in green and blue, which is worth a whopping £749.

In comparison, William wore a green jumper which he paired with a navy blazer, which many fans noticed straight away matched his wife’s style.

Judi continued: “This was a trait that showed up strongly when many of the royals wore the same colour to Kate’s carol concert to register loyalty and the couple seemed to use it again here to get the same message across.”