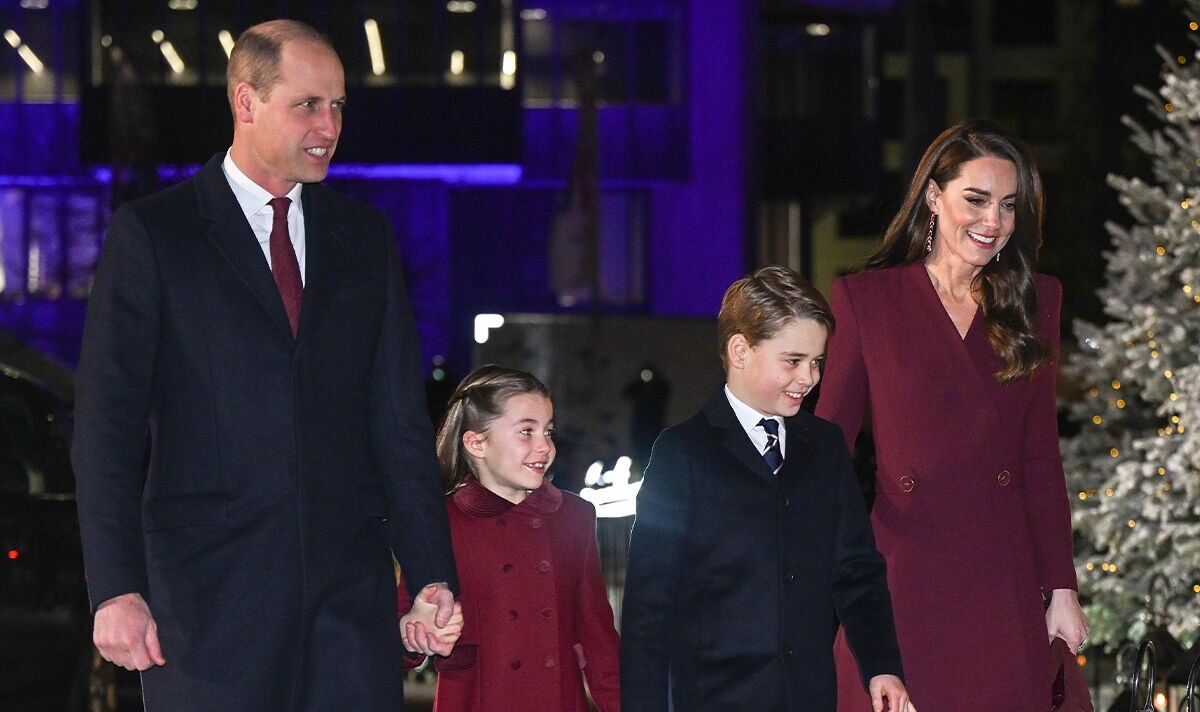 “It has a bit of a ‘sticks and stones’ signalling to it, suggesting the family has come back stronger after Harry’s comments, rather than splintering into disharmony.”

Judi added: “William, Charlotte and the Tindalls, Pippa etc all followed the dress code for the night, looking very much ‘team Kate’, while royal fence-sitters Princess Beatrice and Princess Eugenie, who are clearly ‘Team Harry’ too, opted for completely different tones despite the fact that Eugenie has a least one burgundy coat hanging in her wardrobe.”

Working royals Queen Camilla and Sophie, Countess of Wessex were also present at the event, although both opted for white/cream ensembles rather than burgundy.

Prince William’s decision to match his outfit to his wife is not unusual, as the future King and Queen Consort often dress in the same colour.