ALMATY – The mass protests in Kazakhstan began peacefully over the New Year’s weekend, with marchers denouncing a sharp rise in fuel prices. They spread quickly from the western part of the Central Asian nation to more populous areas, eventually reaching its largest city of Almaty.

But something changed over the course of a week.

Groups of armed men appeared in Almaty, with some seen riding in cars without license plates or with their faces covered. Marchers at the peaceful protests say these men began urging them to storm government buildings, promising to give them guns.

Clashes with police soon broke out, and by the night of Jan. 5, Almaty was in chaos. City Hall was burning, as were cars and buses; stores were looted; and attempts were made to storm the presidential residence. Gunshots were heard in the streets, the internet was blacked out, and even the airport was briefly seized.

President Kassym-Jomart Tokayev has blamed the unrest on “terrorists” who received foreign training and support.

But nearly two weeks after the events that led to scores of deaths and about 16,000 arrests, the government has not presented any evidence to support its allegation of outside involvement.

It remains unclear whether these more violent actors were individuals taking advantage of the mayhem to loot and vandalize stores, or if they were part of organized groups with larger political motives.

Protesters, however, say their rallies were somehow undermined, leading to the crackdown by security forces. Tokayev has said authorities didn’t use force at peaceful demonstrations.

Although the protests began over the higher price of fuel, the scope and the agenda of the demonstrations expanded quickly. Large crowds rallied in major cities, venting their frustration with worsening living conditions and inequality under the authoritarian government that has maintained a tight grip on power for over three decades in the energy-rich nation of 19 million.

Much of that occurred under longtime leader Nursultan Nazarbayev, who stepped down in 2019 in favor of Tokayev, his hand-picked successor, but has maintained behind-the-scenes influence. The slogan “Shal ket!” — “Old man go!” — was chanted at rallies.

“A significant part of the people are those who came at the call of their hearts to express their attitude towards the authorities, because they are tired, because they do not feel like the state is providing them with social security,” said human rights activist Galym Ageleuov, president of the Liberty Foundation.

Tokayev initially tried to calm the crowds by announcing a 180-day cap on fuel prices and removing Nazarbayev as head of the National Security Council, a move widely seen as an attempt to end the former leader’s patronage while also consolidating power.

But the protests continued and the violence escalated amid the peaceful rallies in Almaty.

A protester whose first name is Bezshan said that on Jan. 5, armed men approached and asked young people in the crowd to help them storm a police station. “They said they would hand out weapons,” he told The Associated Press, recalling the incident more than a week later. AP has chosen not to publish the full names of protesters interviewed out of caution for their security.

Beken, another protester, said he also saw “provocateurs” at the rally that day, urging an attack on police: “We tried to stop them as much as we could, telling them: ‘Everyone, stay put.’ We don’t need weapons, we came out to a peaceful rally,” he said.

On Jan. 6, security forces opened fire and killed dozens of protesters. At least 12 officers also were reported killed. The next day, Tokayev announced he had given security forces shoot-to-kill orders to halt the violent unrest, saying: “We intend to act with maximum severity regarding lawbreakers.”

The attackers “didn’t put forward any demands,” she told reporters. “They deliberately came to destroy, to kill.”

She also insisted police were unarmed when working at unsanctioned demonstrations in Almaty, but she didn’t clarify whether she meant the Jan. 6 rally.

Some saw the blaming of foreign instigators as a pretext for bringing in the mostly Russian forces.

“In order to invite Russian troops, you need a serious reason … that is not an internal standoff with the people,” political analyst Dimash Alzhayev said in an interview. “So naturally, (the authorities) needed to come up with terrorists.”

A protester named Marat told AP that the authorities “haven’t so far showed us a single terrorist,” citing only the highly publicized arrest of Vikram Ruzakhunov, a well-known jazz pianist from neighboring Kyrgyzstan.

The musician appeared on Kazakh television after his arrest with large bruises on his face and said in the broadcast he had flown in and was promised money for participating in the protests.

Kyrgyz authorities protested Ruzakhunov’s arrest and demanded that Kazakhstan release him. He was freed shortly afterward, and upon returning to Kyrgyzstan said his statement on Kazakh TV was false — he was visiting a friend in Almaty and got swept up while trying to leave the city.

Ruzakhnunov told a Kyrgyz broadcaster that while in jail, his cellmates said the quickest way to get released was to confess to a false story, so that’s what he did.

Alzhanov, the analyst, noted that Kazakh state broadcasters amplified the government’s message by repeatedly airing video of the turmoil.

“They continued broadcasting the visuals, so the government was interested in communicating them to a broad audience,” he said, adding that the state of emergency that was declared provided a pretext to suppress the demonstrations with force.

A protester named Daulet told AP that he believed the “security forces deliberately painted the protesters as some kind of a fringe group prepared to riot.”

Beken, the protester who described seeing what he called “provocateurs,” criticized the security forces “for shooting at their own people.” He said a Jan. 6 rally he attended featured protesters walking toward the military with a white flag.

“It is unfathomable. I can’t understand it. How is this possible?” he said. 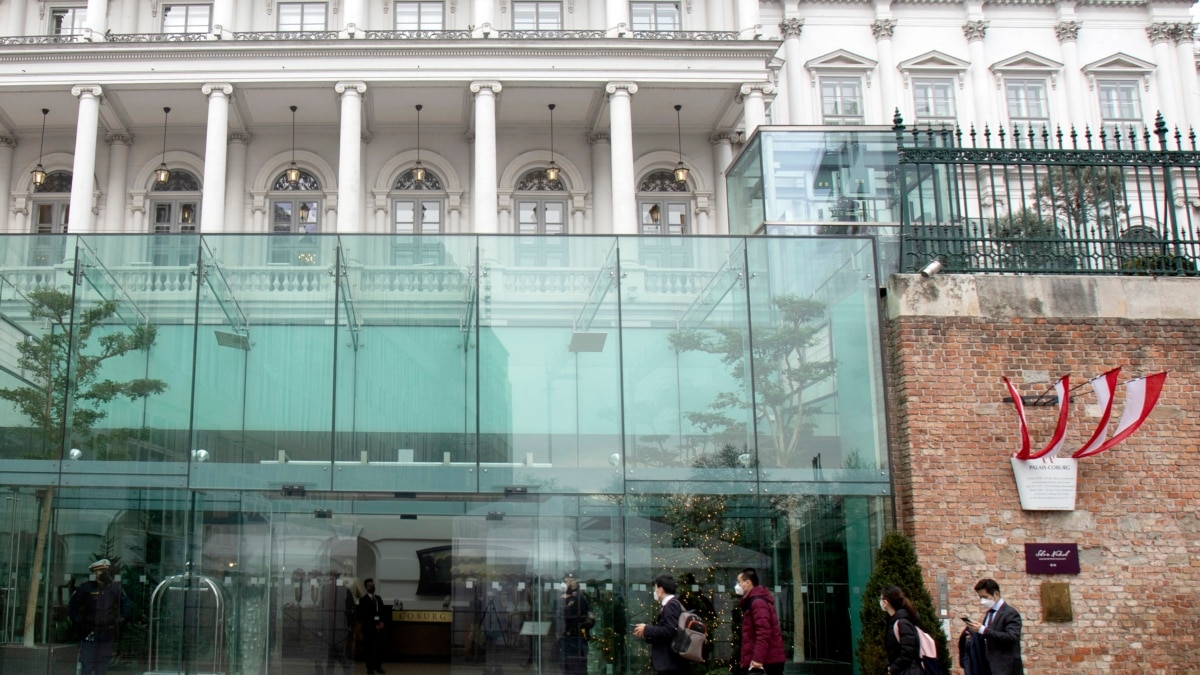 Iran, Russia Upbeat about Progress of Nuclear Talks in Vienna