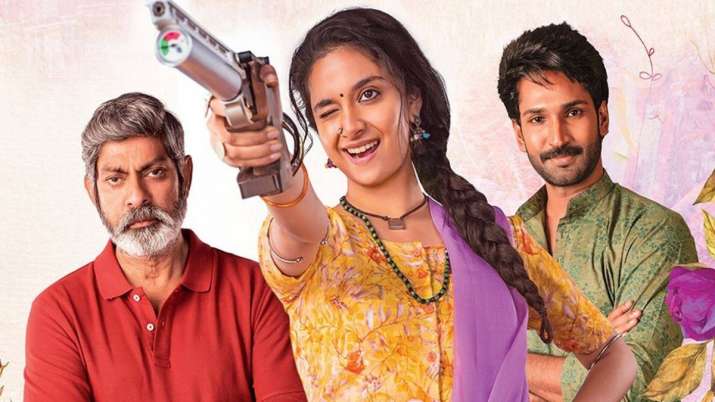 “Nicknamed ‘Bad Luck Sakhi’ by those around her, the villagers consider Sakhi’s presence as a bad omen in any given situation.

“A colonel (Babu) arrives in the village, hunting for a promising shooter whom he wishes to prep for the bigger stage. Sakhi has a gift for aiming targets that makes her a natural in shooting. How far will Sakhi fly under the guidance of the Colonel?” the official synopsis from the streamer read.

The film will be available on the platform in Telugu, Malayalam and Tamil.

The movie marked Kukunoor’s directorial debut in Telugu cinema. The filmmaker is known for directing critically-acclaimed movies such as “Hyderabad Blues”, “Rockford”, “Iqbal” and “Dor”.

Suresh, who won the National Film Award for Best Actress for her 2018 movie “Mahanati”, will be next seen in the action comedy “Sarkaru Vaari Paata”, headlined by Mahesh Babu.

The film is scheduled to release theatrically in May.