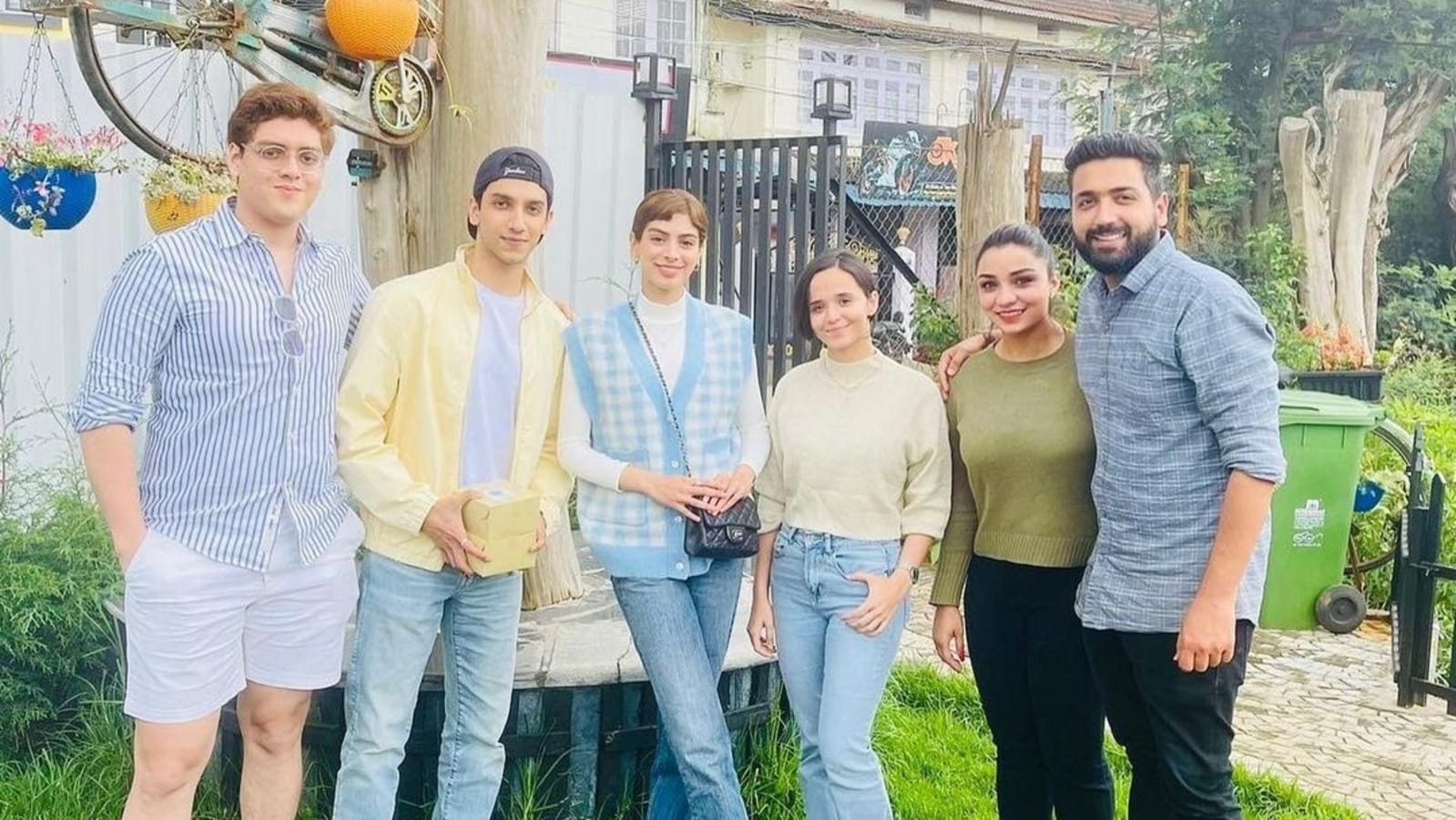 Film producer Boney Kapoor and his late wife Sridevi’s daughter Khushi Kapoor is currently gearing up for her Bollywood debut. Khushi is currently in Ooty, shooting for filmmaker Zoya Akhtar’s Netflix film The Archies. Pictures of her, with actor Vedang Raina, who will also feature in the film have been shared online. Also Read: The Archies: Why nepotism arguments against Suhana Khan, Khushi Kapoor, and Agastya Nanda are futile

In the pictures shared by a the social media account of cafe in Ooty, Khushi and Vedang are seen posing with their fans. In the pictures, Khushi is seen donning her look from the upcoming film.

Earlier this month, in an interview with ETimes, Boney talked about how Khushi expressed her desire to work in films. He said, “Khushi had expressed her desire to become an actor after Janhvi Kapoor started shooting for Dhadak in 2018. That’s why we sent her to New York Film School in 2019. If Sridevi was around, she would have supported her like she supported Janhvi.”

He added, “Kids don’t come out with their true ambitions right from the start. They start by saying, ‘I want to do modeling and other things’. They keep getting diverted from their main ambition. Finally, when they cross the age of 19-20, the thought that they want to act develops firmly in their mind. Who doesn’t like glamour? Who doesn’t like getting attention? Everyone in the world likes it whether it is in the entertainment field, academic field or sports world.”

Netflix has partnered with Archie Comics for the film, which will be set in 1960s India. The Archies is produced by Zoya and her longtime collaborator Reema Kagti under their production house Tiger Baby. Zoya announced the project on social media last year in November. Also Read: The Archies teaser: Suhana Khan, Khushi Kapoor, Agastya Nanda bring to life Archie’s world in Zoya Akhtar film. Watch