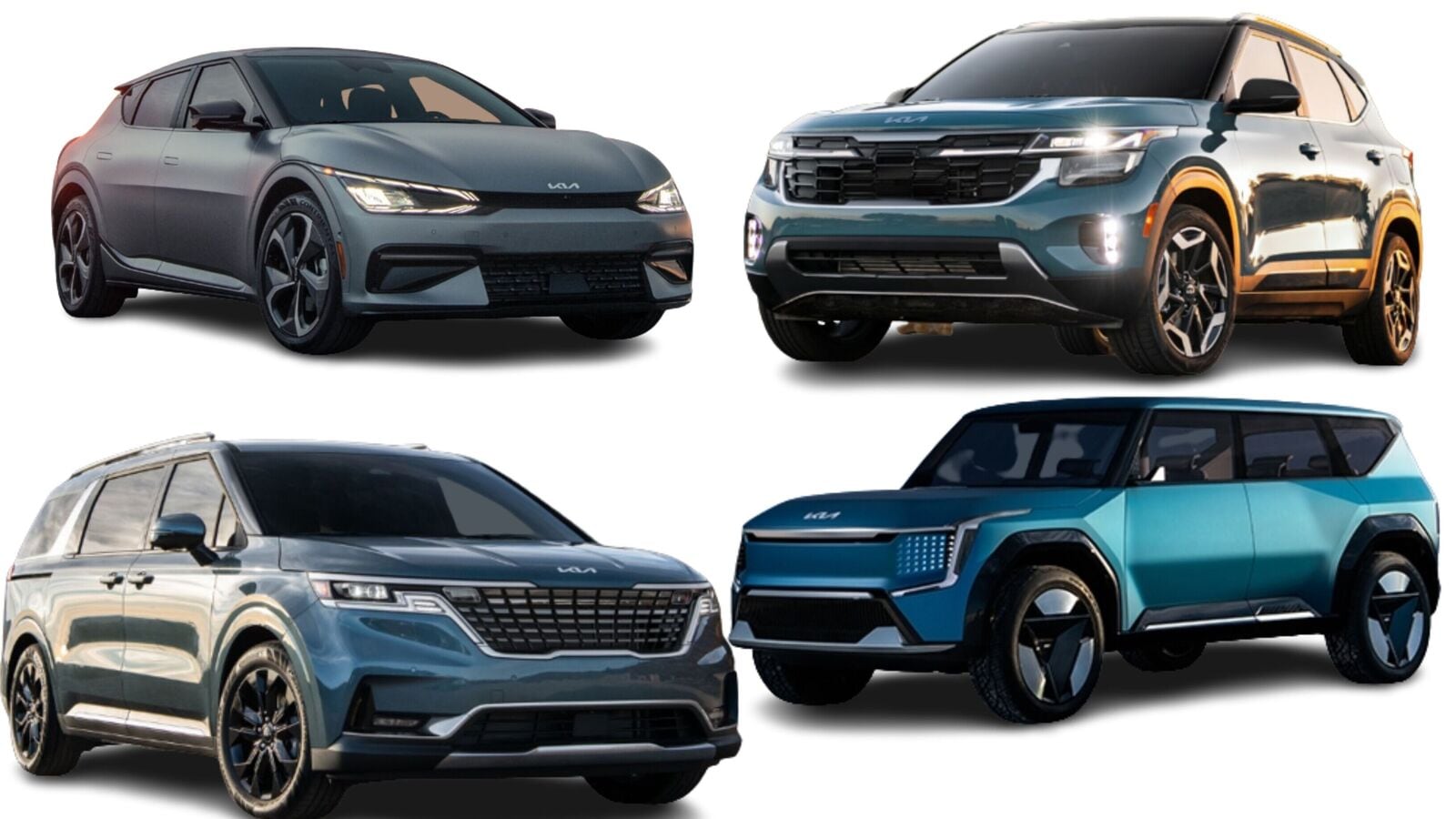 Kia India has announced that they will be showcasing ten products at the Auto Expo 2023. This number includes a new Concept EV, an inspiring RV and some specialised vehicles amongst other products. However, it seems like the main highlight of Kia’s stall will be the new Concept EV. The brand says that the EV has been designed and developed to reflect innovation in the automobile.

It could be the new AY compact SUV that the brand is working on currently. The production-spec version of the vehicle is expected to be positioned above the Sonet and below the Seltos. This means that it would be larger than the Sonet so it will have better cabin space for the occupants. It would be offered with petrol as well as electric powertrains. Or this EV could be the EV9 Concept SUV that the manufacturer has been teasing for a few days now.

Watch: Kia EV9 Concept EV to debut in India: What to expect?

Another vehicle that is confirmed to make an appearance at Kia’s stall is Sorento SUV. The manufacturer might also showcase the Seltos Facelift which is already on sale in the global market and the EV6 electric crossover. Moreover, the Sonet compact SUV and Carens MPV could also be showcased.