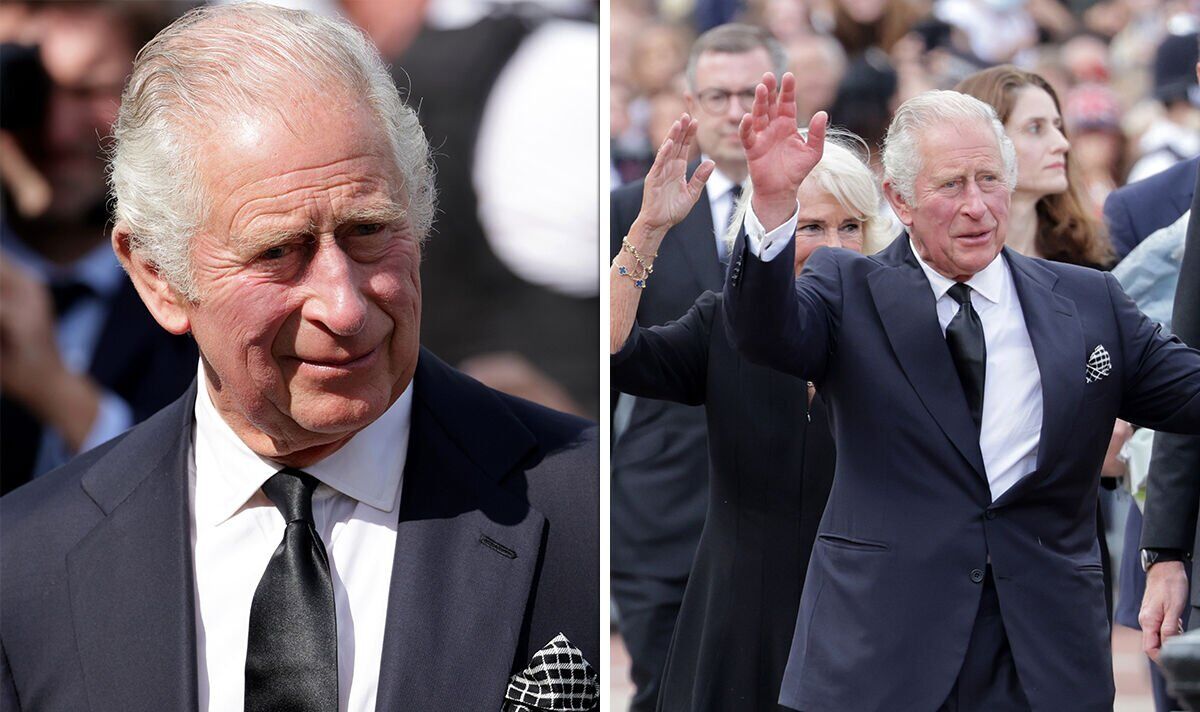 Following his mother’s death yesterday, September 8, Charles returned to London this afternoon as King. He was welcomed back to the capital by thousands of people gathered outside the gates of Buckingham Palace.

King Charles III was greeted like a celebrity outside Buckingham Palace this afternoon, as crowds waved at him and shook his hand.

Queen Camilla was by his side, looking radiant in a black dress.

Both Camilla and Charles wore black, as is the tradition when a member of the Royal Family has died.

Body language expert Judi James spoke to Express.co.uk about Charles’ reaction to the crowds, and what his facial expressions unveiled.

The Vintage Alhambra yellow-gold agate bracelet is for sale at Selfridges, priced at a whopping £3,950.

Describing the bracelet, which is made of 18ct gold and agate, Selfridges said: “Designed with the brand’s first iconic Alhambra design – a four-leaf clover (that’s practically overflowing with luck) – each agate motif is bordered with delicate beading and linked on a fine cable chain.

“Handcrafted in yellow-gold, it will sit perfectly alongside the matching necklace while doubling your luck in the process.”