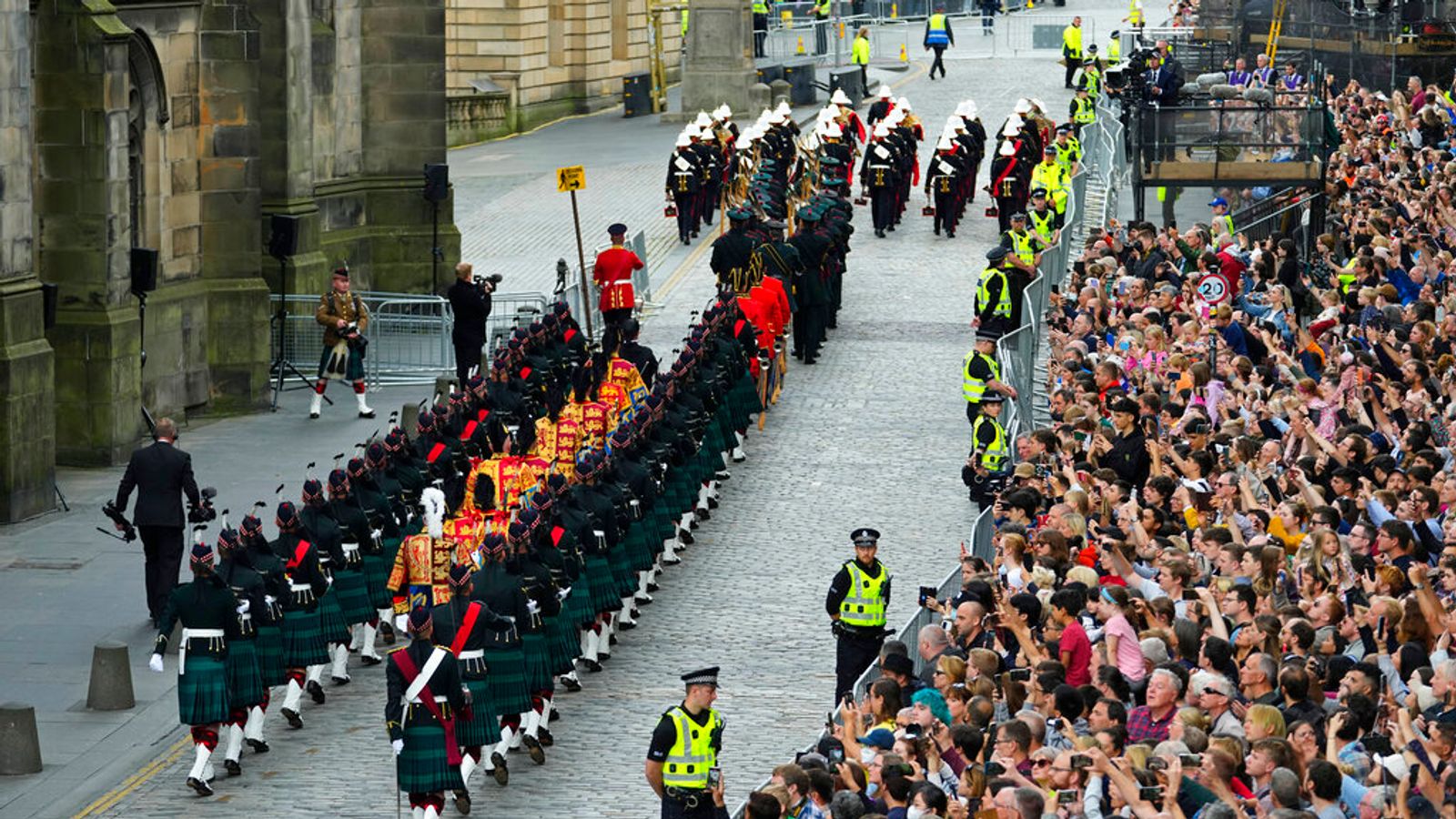 A woman has been charged with breaching the peace during the Accession Proclamation for King Charles III in Edinburgh.

Police Scotland said the 22-year-old, who has not been named, is due to appear at Edinburgh Sheriff Court at a later date.

A force spokesperson said: “A 22-year-old woman was arrested outside St Giles’ Cathedral, Edinburgh, on Sunday 11 September 2022 in connection with a breach of the peace.

“She was charged and was released on an undertaking to appear at Edinburgh Sheriff Court at a later date.”

Queen’s coffin to lie at rest in Edinburgh – latest updates

Crowds had gathered at the Mercat Cross on the city’s Royal Mile to hear the Lord Lyon King of Arms read the address on Sunday.

The event followed a ceremony at St James’s Palace in London on Saturday when the King was confirmed as the new monarch before the Accession Council.

A 21-gun salute also took place at Edinburgh Castle where a second proclamation was also read.

Read more:
Prince Harry’s tribute to ‘granny’ – ‘thank you for your infectious smile’
King Charles quotes Shakespeare in tribute to Queen
Who will be at the Queen’s funeral (and who won’t)

Those travelling to the Scottish capital to pay their respects to the Queen today are being urged to leave extra time as the city prepares to welcome tens of thousands of people.

Several roads are closed and the city council has warned of significant disruption as ceremonial events take place in the Old Town area.

It comes as the Queen’s coffin will be taken from the Palace of Holyroodhouse to St Giles’ Cathedral later today, followed by a procession of Royal Family members led by King Charles III.