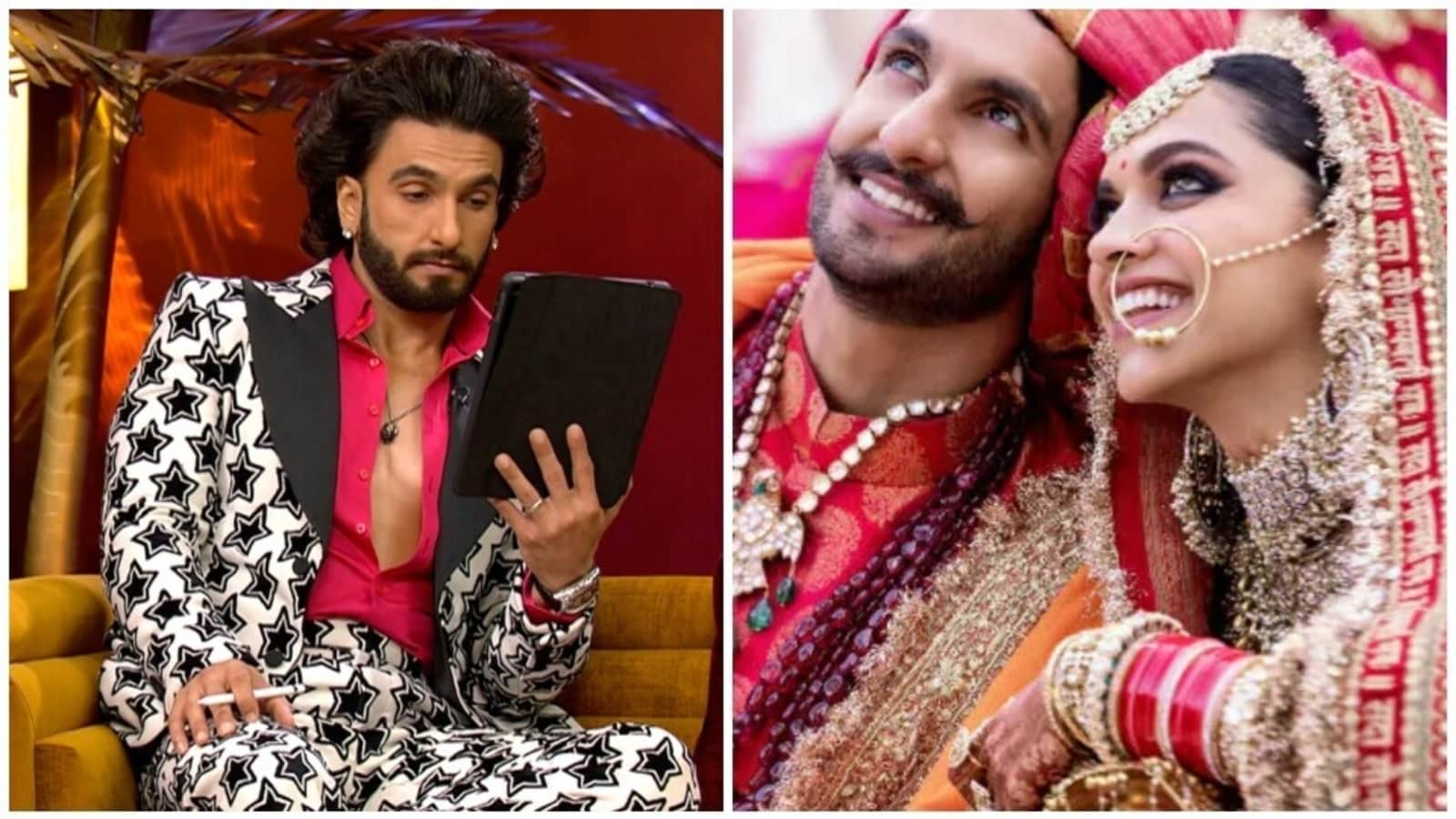 Ranveer Singh was his cheeky, unabashed self on the latest episode of Koffee With Karan as the chat show returned with a new season on Wednesday. Back after the pandemic for the first time, the Karan Johar-hosted show welcomed Ranveer and Alia as the first guests.

On the show, Ranveer made a bunch of confessions about his sex life. During a particularly revealed Bingo game, Ranveer confessed that he did have sex on his suhaagraat, had quickies in his vanity van and has different playlists for different types of sex. When Karan Johar asked if he wasn’t exhausted after all the wedding rituals, he shook his head and said, “No, I was very on.”

Later in the episode, Alia mentioned the opposite was her case. Asked about one myth about marriages, she said no one does anything on suhaagraat because they are too tired. “There’s no such thing as suhaagraat. You’re tired,” she said. But she did note that the same did not apply to ‘A*s Man’ Ranveer. He was given that moniker when he said he has obsession for butts.

The show was kicked off with mentions of how the film industry was vilified on TV. Karan said, “We were put in a dungeon for two years. Even I went through a lot and it was not an easy time. Snake emojis used to come out every time Koffee with Karan was mentioned. And at one point, even I thought that I am never going to come back with this show.” Ranveer said that all of it was ‘unfair, baseless and unwarranted’.