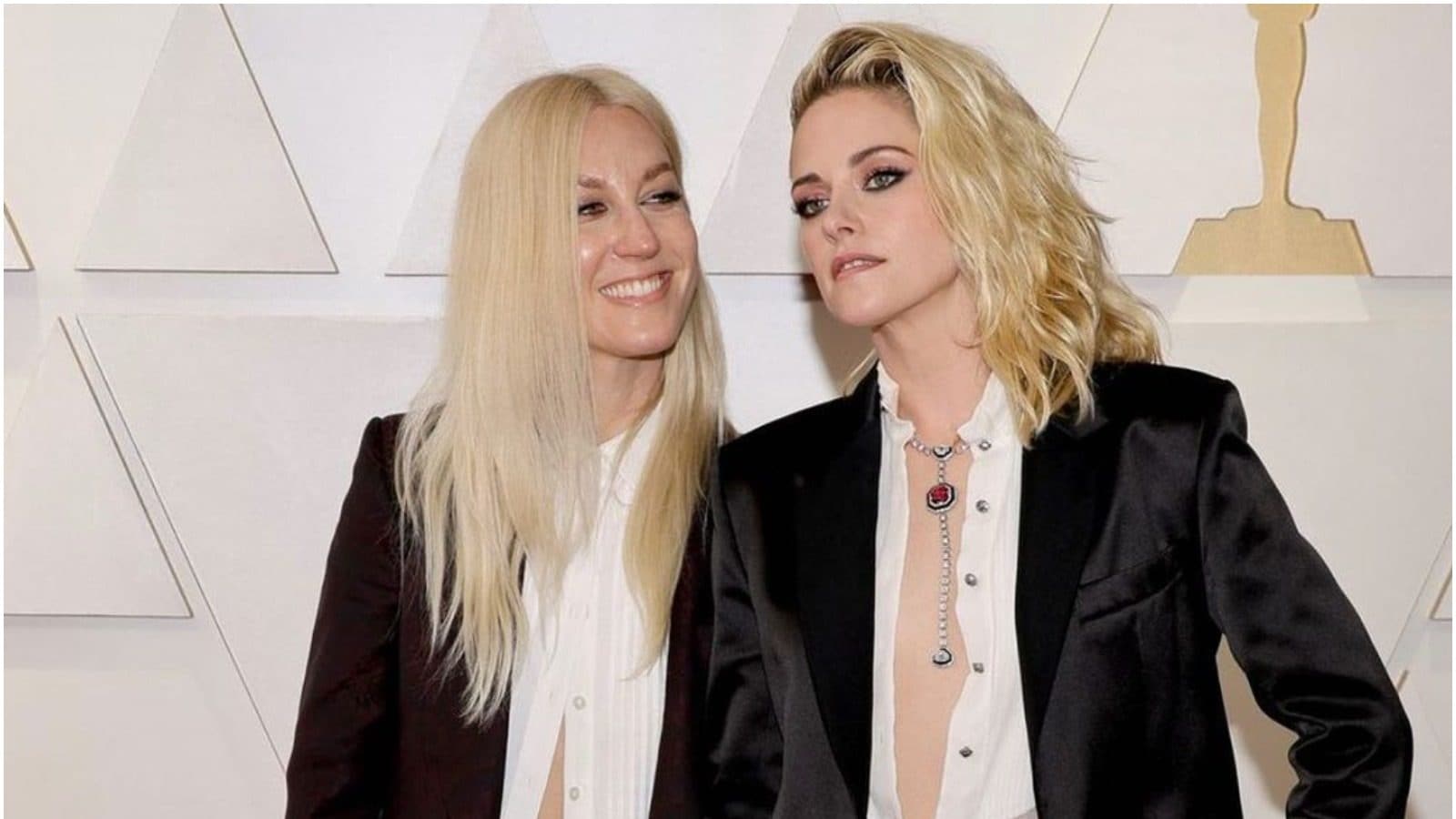 The entire Hollywood hit the Oscars in style on a sunny day in Los Angeles. The stars celebrated the Academy Awards by bringing their best fashion game to the Dolby Theatre. It is safe to say that red was the colour of the day with Sophie Turner, Ariana Debose and Kirsten Dunst turning heads at the Oscars in shades of red. Many Hollywood A-listers also sported blue ribbons with the hashtag #withrefugees to show their support for Ukraine. And among all, Oscar-nominated Kristen Stewart stole the show, courtesy her super cool and stylish outfit.

Kristen Stewart walked the Oscars 2022 red carpet in her own quirky style. Looking stunning as ever, Kristen ditched the conventional red carpet attire (think about a floor-length gown here) and opted for an unbuttoned shirt and shorts to make a statement at the 94th Academy Awards. Kristen Stewartwore a strapless Monique Lhullier gown at the 82nd Academy Awards in 2010. She also wore a shimmering white Reem Acra gown at the 85th Academy Awards. But this time, the actor chose an exquisite shorts and blazer set. Her choice of outfit is being loved and appreciated by the fashion police.

Kristen, who is one of the brand ambassadors of Chanel, is known for her affinity for the French label. Hence, it was not surprising that she chose a Chanel outfit for the Oscars. Pictures and videos of Kristen’s red carpet look have also gone viral on social media.

Kristen’s stylist Tara Swennen told Bazaar, that they were torn between pants and shorts but Kristen chose to wear shorts for Oscars 2022. She said, “We were teetering between pants and shorts, but Kristen, being the fashion chameleon that she is, was like, ‘Let’s do it. Let’s go for shorts’.” Kristen wanted to wear whatever she wanted as it was an important day for her. She was nominated for her first Oscar in the Best Actress in Leading Role category for portraying the role of Princess Diana in Spencer.

Kristen teamed up a mini-length silk satin black short with a matching black cropped blazer. She wore an unbuttoned sheer white shirt and black pumps. She rounded off her look for Hollywood’s biggest night with bold jewellery, diamond rings and a long necklace.

Kristen’s fiancée, Dylan Meyer appeared alongside the actor in a chic look and cheered for her at the event. Kristen attended the awards ceremony with her fiancée Dylan Meyer.