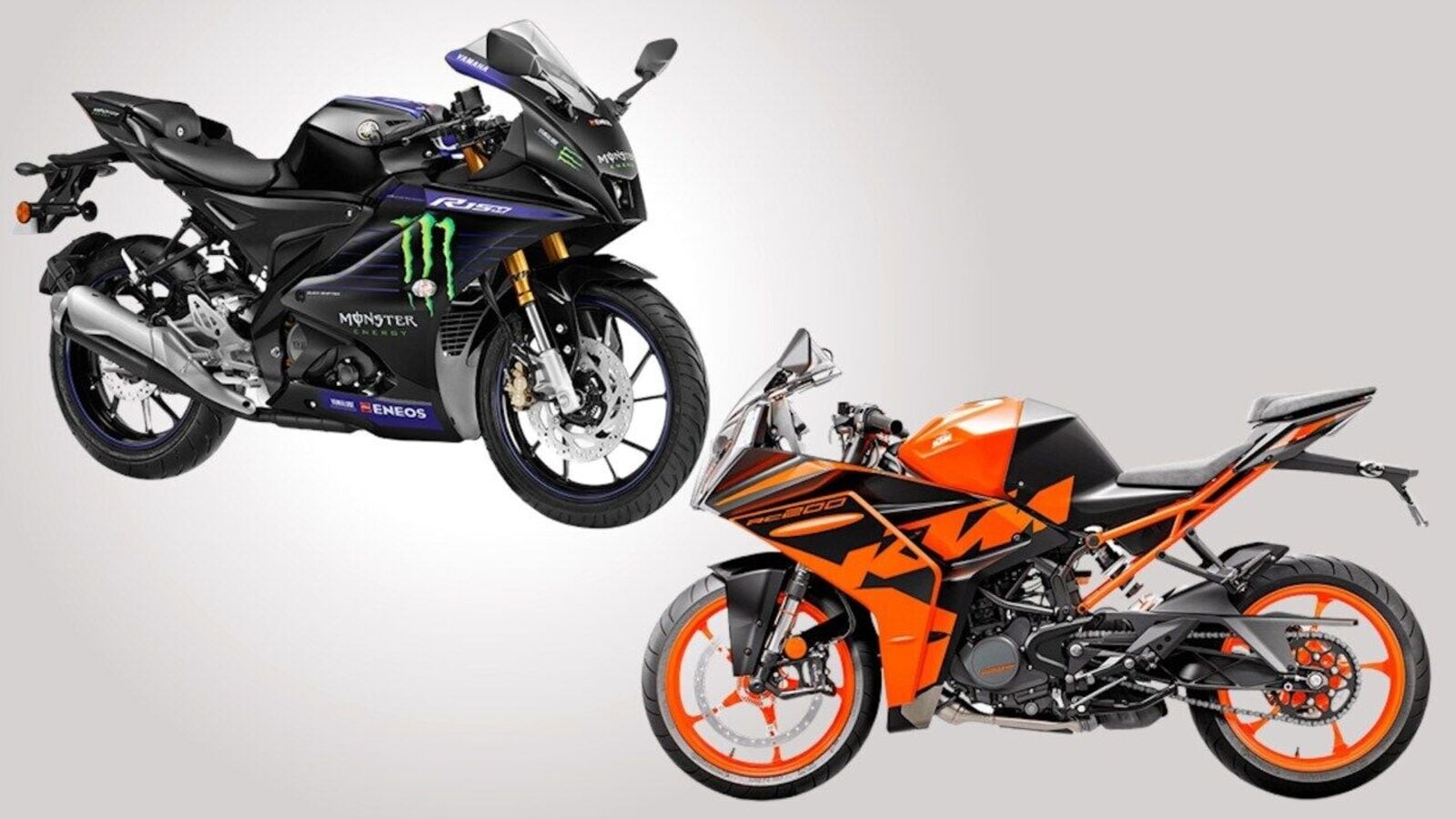 KTM RC 200 and Yamaha YZF R15 V4 have been immediate rivals to each other. Both motorcycles are great for people who want to enter professional racing.

KTM and Yamaha have been competing with their RC 200 and YZF R15 for quite some time now. Both the motorcycles were updated last year and are for people who want to get into professional racing or at least want to have a taste of it. Both these motorcycles have clip-on handlebars, committed riding position, full fairing and sporty looks. Here, we have a comparison between the Yamaha R15 V4 and KTM RC200.

With the update, both motorcycles received some major cosmetic upgrades over their previous generations. KTM says that their new range of RC motorcycles is inspired by their MotoGP motorcycles. Some people like the design of the new RCs and some clearly hate it. The R15 V4 looks like a smaller version of the YZF R7. How the R15 V4 looks depend on whether the person opts for the standard version or the R15M. The R15M is offered with 3d logos, a grey heat shield for the exhaust, a premium seat, brake calipers finished in gold, a swingarm finished in grey and top caps for the forks.