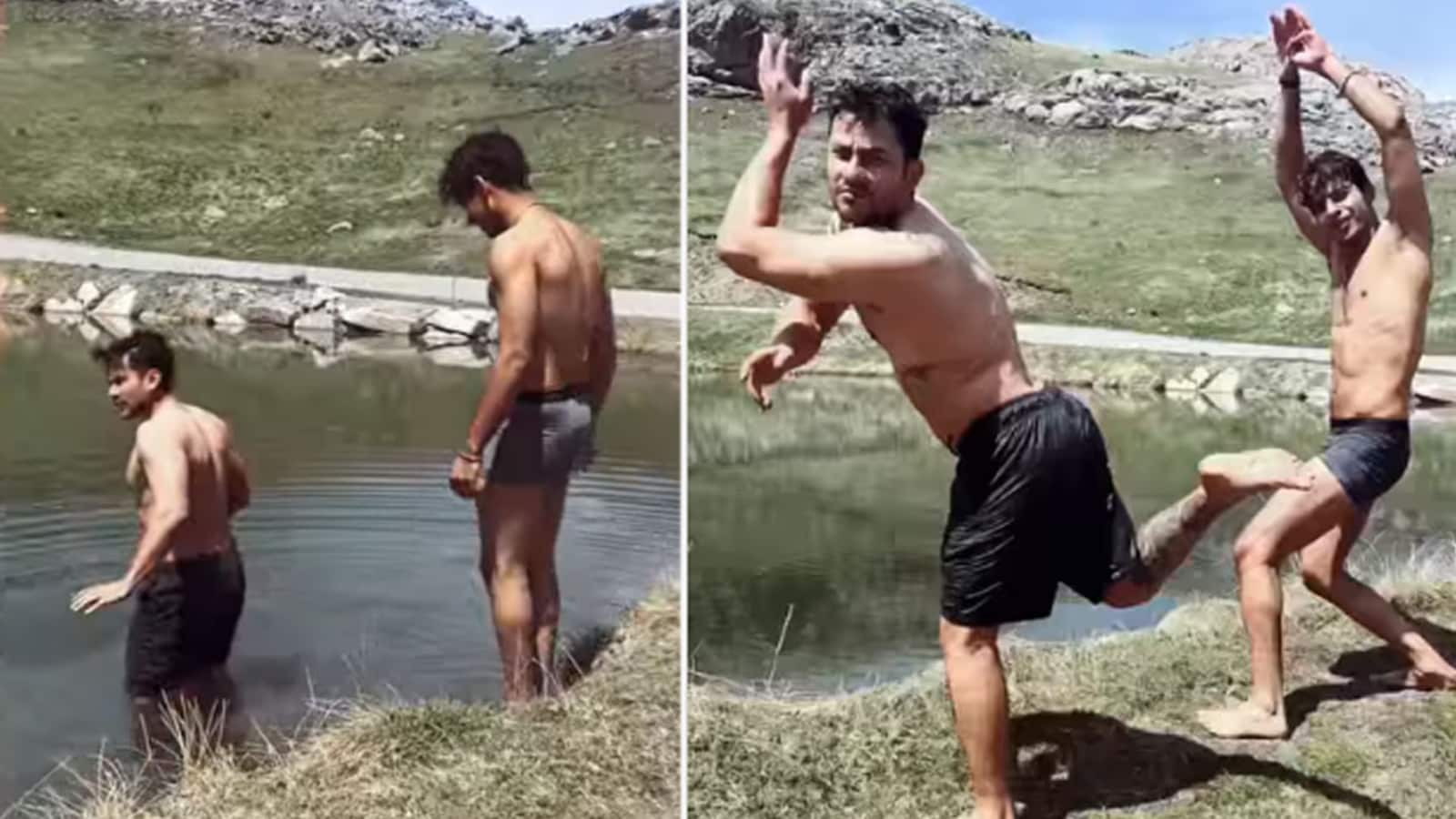 Actors Kunal Kemmu, Ishaan Khatter and Shahid Kapoor are currently on a bike trip to Europe with their fellow biker friends. On Thursday, Kunal and Ishaan shared a video in which they both are seen taking a dig in ice-cold water. Kunal’s sister-in-law Saba Ali Khan even cheered for them in the comments section. Also read: Shahid Kapoor poses with brother Ishaan Khatter in new pic from France, mom Neliima Azeem reacts: ‘Looking dapper’

Ishaan shared the video, which was also reposted by Kunal as well on Instagram, and captioned it, “Tropical climate dips with @kunalkemmu.” The video showed Kunal checking out the water’s temperature by dipping his foot in it. As he shrugged in cold and said a few profanities, Ishaan pushed him from behind, making him fall into the water. Kunal eventually had to swim ahead in the ice cold water. Soon after, Ishaan also jumped into the water and swam for a short distance. Both of them soon returned to the edge and stepped out, shivering.

The video also included a picture of them posing in a goofy manner. It ended with a glimpse of how they again stepped into the water to sit for some time. But Kunal again stepped out after a minute and said while shivering, “As you can see I am not feeling cold, its very warm.”

Reacting to the video, Saba Ali Khan commented, “Well-done guys!” A fan wrote, “So many beeps (laughing emojis) indeed it was warm tropical climate.” Another wrote, “Omg what is this.”

Ishaan recently shared a picture with Shahid and Kunal and their other biker friends. He captioned the group picture, “Rider aestheti.” The photo showed all of them sitting in front of their bikes in a line. Shahid and Ishaan’s mom Neliimaa Azeem even commented on the pic, “Woohooooo what a pic..need to have a film like this.. picture poster, love love all the way.”