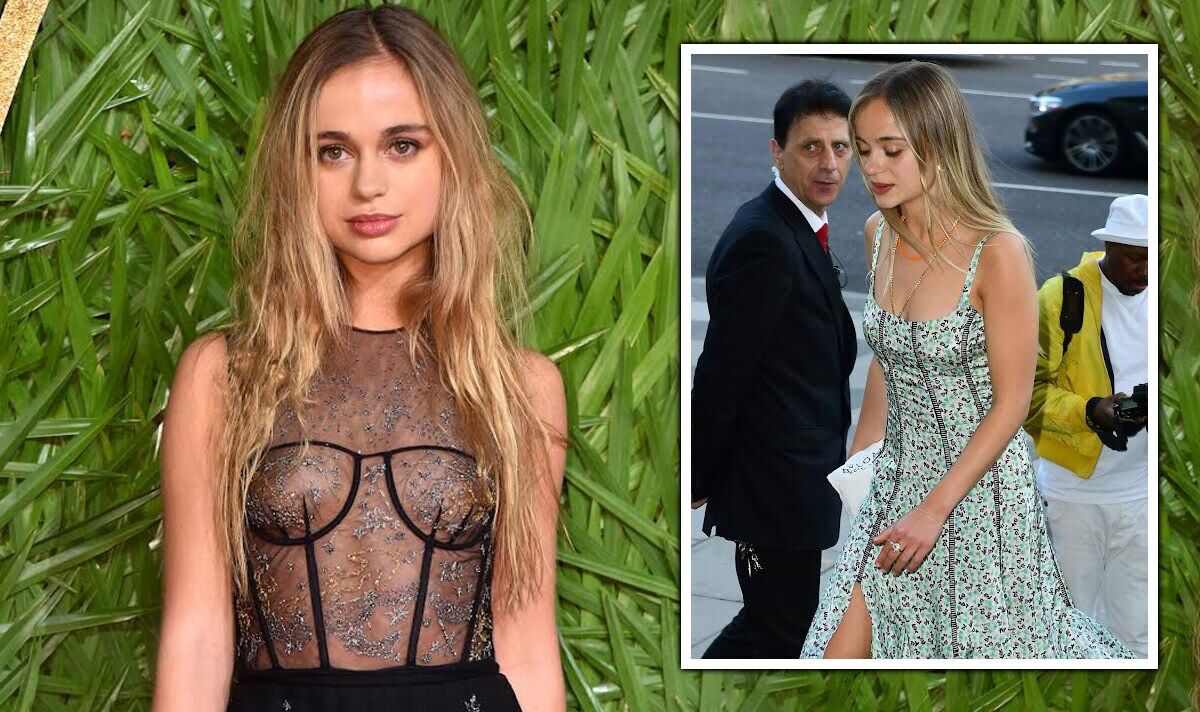 Lady Amelia Windsor was born on August 24, 1995, so is celebrating her 27th birthday today. The granddaughter of Prince Edward, Duke of Kent (the Queen’s first cousin) is a distant member of the Royal Family, as she is currently 43rd in the line of succession. However, she performs no royal duties – she is instead a fashion model for companies such as Dolce & Gabbana and BVLGARI.

How does Amelia navigate her celebrity lifestyle as a relative of the royals?

She said: “Lady Amelia balances her royal role with her role as a model and celebrity in a rather counter-intuitive way.

“When she is in royal mode she adopts poses that ooze confidence in either a playful or totally elegant, regal way.

“But when she is appearing as a model and celebrity, that confidence seems to subside with coy gestures that suggest a desire to hide and self-protect rather than attract attention,” the expert claimed.

Judi added: “She might enjoy being a bit of a rebel in the Royal Family but feel slightly less self-assured out there in the normal world.

“Her pose with Charles on the Buckingham Palace balcony suggests she was full of rather cheeky confidence, gazing up at the far more awkward, formal and ill-at-ease-looking Prince with a playful, challenging smile.

“It looks as though neither the occasion nor the crowds or Charles himself awed her for one moment.”

“When she stands straight to the camera in a full-length pose her hands fall to the front of her torso.

“This suggests a desire to hide from the camera.

“When she is sitting she hides her hands on her lap underneath the long neck-tie.

“When she poses by the car her sleeves are pulled down over her hands, while her legs form a partial cross, all of which suggest that inner desire to hide or to avoid criticism,” the expert opined.

Amelia is the youngest child of George Windsor, Earl of St Andrews, and Sylvana Tomaselli.

As a model, Lady Amelia walked the runway for Dolce & Gabbana in 2017 and was featured on the August 2017 cover of Vogue Japan.

A style icon, Amelia was dubbed “the most beautiful member of the Royal Family” by Tatler in 2017.