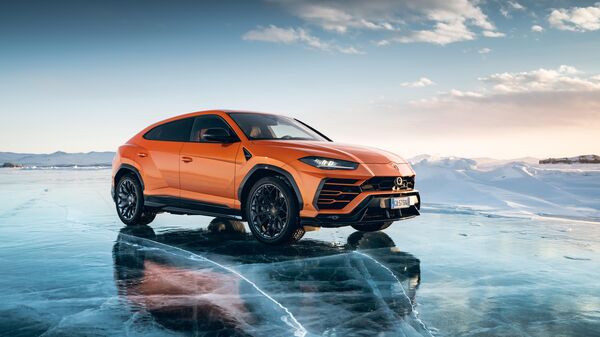 Lamborghini Urus is one of the quickest SUVs around and is powered by a thunderous 4.0 liter twin-turbo V8 engine.

Laborghini Urus SUV has been a runaway hit from a brand that was always known for its low-slung, wind-piercing supercars. The Urus has raced its way to not just the most popular Lamborghin in recent times but is at the very top among super luxury SUVs that are increasingly finding favour among the rich and famous. On Tuesday, Lamborghini announced that Urus had hit a major production milestone of 20,000 units in just four years since it was first taken off factory lines.

The Urus is a manifestation of Lamborghini’s vision to adapt to changing dynamics in the world of automobiles with an increased preference for SUV body type being observed across segments. The model has single-handedly turned fortunes of the Italian automotive company around and continues to enjoy a high demand in markets where offered, including here in India. Launched for the first time ever in December of 2017, Urus has also been instrumental in bringing in first-time Lamborghini buyers to the brand. From the first moment we presented the Urus concept at Beijing motor show in 2012, to its market debut in 2018 and each year since, the Urus has proved its instant and continued appeal as a true Lamborghini, born from our super sports heritage and the world’s first Super SUV, the LM 002,” said Stephan Winkelman, Automobili Lamborghini Chairman and CEO. “The Urus is a perfect complement to our super sports model ranges, providing a luxurious and high-performance daily drive for those who identify with our authentic Italian brand.”

Such has been the response towards the SUV that Lamborghini has had to double its factory area from 80,000 to 160,000 square meters while more and more employees have also been brought in at the headquarters in Sant’Agata Bolognese.

Powered by a 4.0 liter twin-turbo V8 engine, Urus is considered one of the fastest and most capable SUVs that money can buy. Offering 650 hp and torque of a whopping 850 Nm, it is capable of going from standstill to 100 kmph in 3.6 seconds with the 200 kmph mark coming up in 212.8 seconds. Maximum speed is at 305 kmph.

While Urus has a few rivals out and about already, its biggest competition yet may come from the upcoming Ferrari Purosangue SUV that is gearing up for an unveil later this year. While the Ferrari SUV will be manufactured in limited numbers to maintain exclusivity, it is likely to mount a mammoth challenge to Urus.