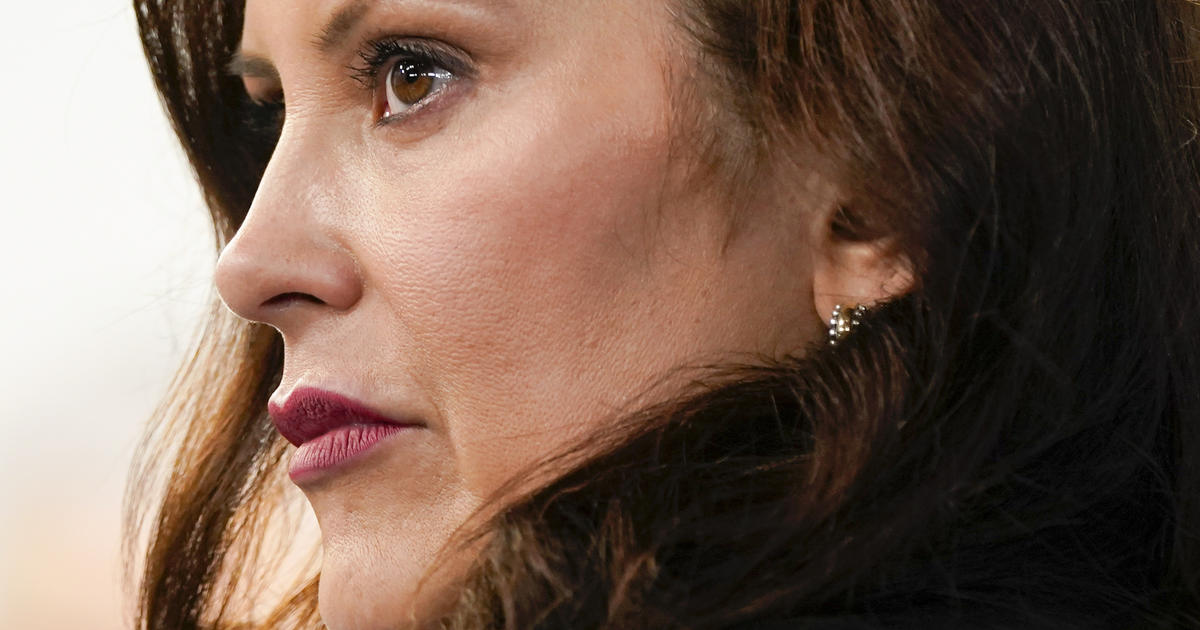 Two men described as leaders of a plot to kidnap Michigan Gov. Gretchen Whitmer were “excited” as they watched videos of powerful explosives, a few hours before driving north to scout her vacation home, an FBI agent testified Monday.

In the summer of 2020, Tim Bates was working undercover as “Red” when he fooled the group into believing he knew someone in the mining industry who could get high-grade explosives.

A bomb is a key part of the government’s case against Adam Fox, Barry Croft Jr., Daniel Harris and Brandon Caserta, who are charged with conspiring to kidnap Whitmer because of her tough COVID-19 policies and their broad disgust with government.

Prosecutors say Fox especially wanted to blow up a bridge near Whitmer’s second home in northern Michigan to thwart any police response to a kidnapping.

Bates, who was secretly recording conversations, said he showed up for a training weekend in Luther, Michigan, and shared videos of explosives blowing up an SUV.

“Mr. Fox was excited about what he saw in the video,” Bates told the jury, adding that Croft “was also excited.”

Last week, another insider told jurors that the group was prepared to use a grenade launcher and machine gun to fight security officers at Whitmer’s vacation home.

Traveling in three vehicles, Bates said he, Fox, Croft and others drove to Elk Rapids to look at Whitmer’s house on Birch Lake and inspect a nearby bridge.

“To kidnap her,” Bates testified.

Croft told the group he “needed to take a nap … to have energy” if they were going to abduct Whitmer that night, but that wasn’t the plan, Bates said.

Later, after returning to the Luther camp, Fox asked Bates if he would “take an IOU” for the $4,000 explosive, according to a recording.

Prosecutors said they could finish presenting evidence Tuesday, the 12th day of trial, or Wednesday at the latest.

Defense attorneys deny there was an actual plan to snatch Whitmer, claiming the men were improperly influenced by undercover agents and informants, and exchanged wild talk while smoking marijuana.

Fox’s lawyer tried to downplay the stop at the bridge. Bates admitted that he encouraged Fox to take a picture of the underside of the structure while they were looking at it.

“That’s a public sidewalk. There’s no ‘no trespassing’ signs,” attorney Christopher Gibbons said to the agent. “Anybody can run up under that bridge, any time they want.”

Croft attorney Joshua Blanchard suggested the FBI wanted to strengthen the case against Fox by getting a bridge photo on his phone.

“Nobody ever actually gave you money, right?′ Blanchard asked Bates, referring to money for explosives. “No one ever shook your hand and said, ‘You’ve got a deal.'”

Ty Garbin and Kaleb Franks, two other men who were also arrested in October 2020, have pleaded guilty and were critical witnesses for the government last week.

Fox talked about snatching the governor “every time I saw him, ” Franks said.

Separately, a lawyer for an informant said Steve Robeson would invoke his right to remain silent if called as a witness by the defense. Robeson’s secret recordings were used by prosecutors, but he was not a trial witness for the government. He pleaded guilty last fall to a gun charge in a different case in Wisconsin.

Whitmer, a Democrat, rarely talks publicly about the kidnapping plot, though she referred to “surprises” during her term that seem like “something out of fiction” when she filed for reelection on March 17.

She has blamed former President Donald Trump for fomenting anger over coronavirus restrictions and refusing to condemn right-wing extremists like those charged in the case. Whitmer has said Mr. Trump was complicit in the January 6 Capitol riot.

In a 2020 interview with CBS News, Whitmer drew a direct link between Mr. Trump’s words and the threats she received.

“Every time he sets his sights on me, I get more death threats. The violent rhetoric has an uptick. And there’s no question that it’s had an impact,” Whitmer said. “I’ve had to have conversations with my teenage children about why there’s people with AR-15s on our front lawn on more than one occasion. People are looking for any hook to legitimize these domestic terrorism tendencies. And I think that Donald Trump knows that, and it’s not a coincidence, and he’s feeding it.”