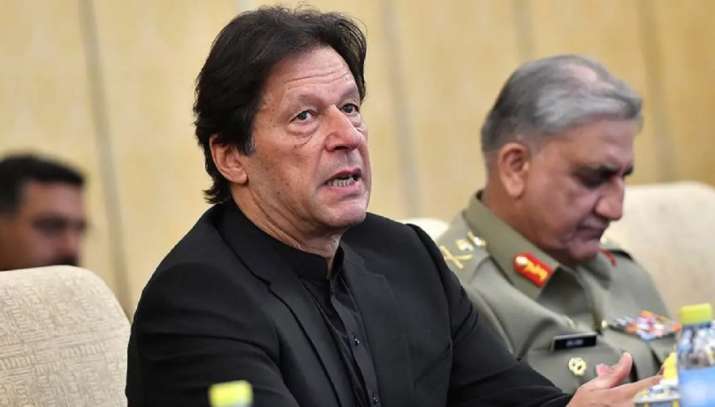 An audio recording of an alleged telephonic conversation between Pakistan Peoples Party (PPP) leader Asif Ali Zardari and property tycoon Malik Riaz has surfaced, where the latter could be heard telling the former that PTI Chairman Imran Khan was desperate for a “patch-up” with him.

The leaked audio recording, in which the voices were believed by many to be of Zardari and Riaz, came to the fore two days after Khan abruptly ended a planned anti-government sit-in in Islamabad amid speculation of behind-the-scenes contacts between him and the establishment, reports Dawn news.

Though the PTI immediately declared the audio “fake”, the PPP leadership remained non-committal, while a number of party leaders said it “seemed genuine”.

In the almost 32-second conversation, the date and time of which is not confirmed, Riaz can be heard telling Zardari that Khan had been sending him messages asking him to help “patch up” with the PPP.

“Today, he (Imran Khan) has sent too many messages,” the voice believed to be of Riaz told the former President, who in response says: “It is impossible now.”

“It’s okay. I just wanted to bring this into your notice,” said Riaz’s alleged voice.

When contacted, a number of senior PPP leaders said they were not aware of the timing of the purported phone call, but they could confirm that Riaz had been playing the role of a mediator after the submission of the no-confidence resolution against Khan in the National Assembly by the then opposition parties, Dawn news reported.

Another PPP leader, while claiming that the alleged audio seemed genuine, questioned who was tapping the telephones of the former President.

He said it was a serious matter and should be probed.