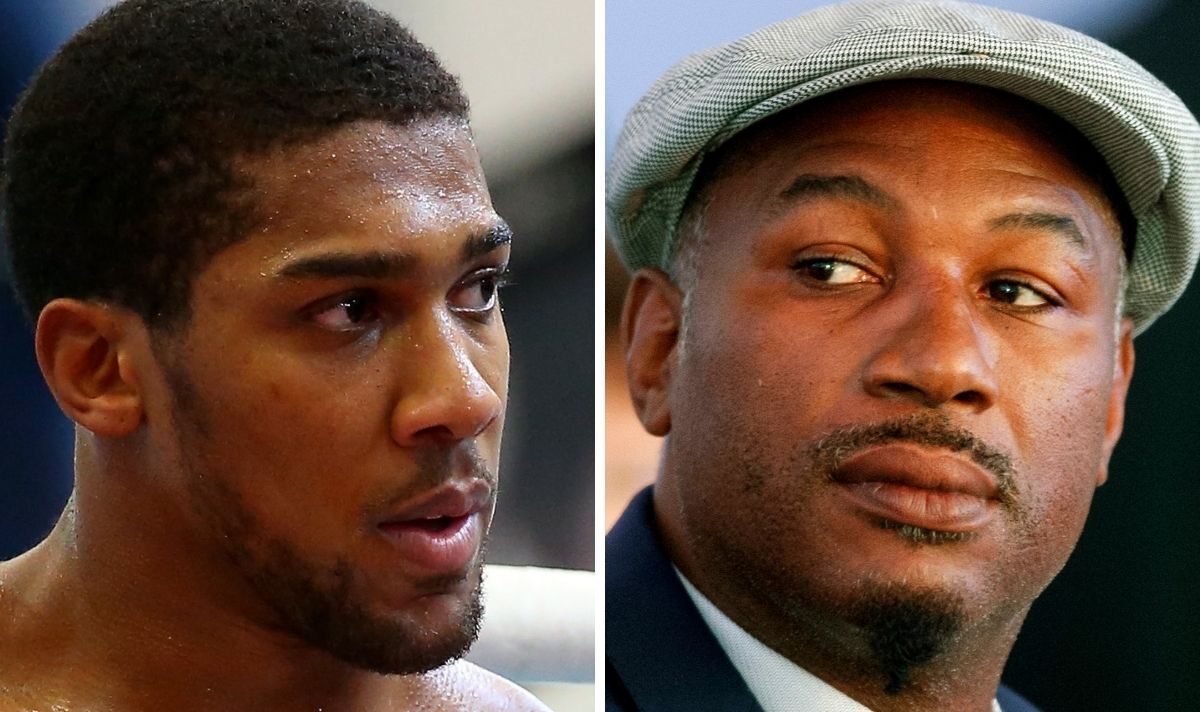 On Thursday, September 1, Lennox Lewis turns 57, with boxing fans across the planet likely to share their goodwill with the British-born fighter. Lewis’ career saw him become a household name in the Nineties and beyond, as his impressive heavyweight clashes became iconic in the sport. After claiming a gold medal at the 1988 Olympic games in Seoul, Lewis became a three-time world heavyweight champion, and the last heavyweight to hold the undisputed championship crown.

His career ended in victory when he knocked out Vitali Klitschko in 2003, leaving the star to finish with a record of 41 wins from 44 fights.

Chatter around who could become the next heavyweight to earn the undisputed championship crown has gathered momentum in recent years, with the likes of Briton Tyson Fury and Ukrainian Oleksandr Usyk tipped to meet in a contest to decide who will claim the title.

Both boxers hold all of the division’s belts, and a unification fight is expected at some stage this year.

And Joshua and Lewis nearly teamed up when Joshua’s professional career began, as he followed in his footsteps to earn a gold medal.

Joshua, hot from claiming the Olympic heavyweight crown at London 2012, was deciding what path to go down, and reportedly sought advice from Lewis.

But Lewis later recalled how he was brutally snubbed by Joshua, who would go and choose different management and coaches to aid his journey to the top.

Joshua, himself a two-weight heavyweight champion, noted how Lewis was among the first boxers to congratulate him on his 2012 medal win.

The pair met at the London Olympics (Image: GETTY)

According to Boxing Scene, Joshua recalled in 2019 how he “went to Jamaica to see Lewis when I first turned professional”.

He continued: “He had plans for what he wanted to with myself and I don’t think they worked out with what I wanted to do so I kind of didn’t go down that route.”

But Lewis remembered the incident differently.

Last year, in the build-up to Joshua’s first fight with Usyk, Lewis told the Undefeated Podcast: “He turned pro and he was saying I was his favourite boxer. I said, ‘Come out to Jamaica and we’ll talk.’

“We talked about my career and he loved listening to the stories and all the different things that I went through.

“I said, ‘I’d love to help you,’ I don’t want to be his promoter, I’m not a promoter, but there’s things I can teach him.

“Then I didn’t hear from him again. I heard that he picked some other people to help him, he was doing his professional career and that was it.”

Following Joshua’s loss to Usyk last year, Lewis vented his frustration at Joshua over his tentative display at the Tottenham Hotspur Stadium.

He described Usyk’s win as a “great tactical performance”.

Lewis added: “For Anthony Joshua it’s not the end of the road, but u (sic) can’t be so tentative or wait till the 8th round to turn it on.

“Learn from this and improve.”

It had been hoped Joshua would reclaim the belts he lost to his Ukrainian rival, but was again beaten on points.

The loss was the third of his career, after he suffered at the hands of Andy Ruiz Jr in 2019.

While he was able to avenge that loss, Joshua’s career is now being questioned, with pundits split over what he does next.