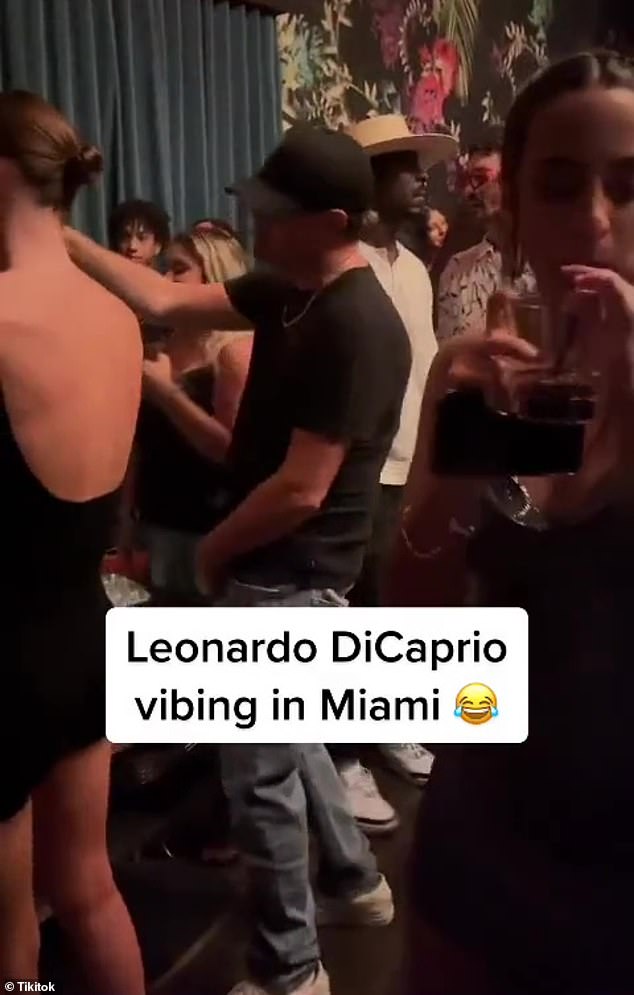 Leonardo DiCaprio has been enjoying the start of the New Year by spending time in Miami and was reportedly seen showing off some his own dance moves in a new TikTok video shared on Thursday.

The 48-year-old Oscar winner could be seen sporting a casual ensemble as he moved to a track blaring loudly inside a crowded lounge.

The Titanic actor was recently spotted spending time with models Rebecca Donaldson and Lilia Weddell at a star-studded party in the bustling city, with other stars in attendance such as rapper Drake.

Night out: Leonardo DiCaprio, 48, was filmed showing off some dance moves in a new TikTok video shared on Thursday as he spends time in Miami

The talented actor could be seen surrounded by an assortment of party goers who had gathered into the Gekko restaurant lounge in Miami.

In the ten second clip, which was shared by the TikTok account @livingmiami305, Leonardo kept his look simple and casual for the night’s festivities.

He donned a plain, short-sleeved black T-shirt along with a pair of faded blue jeans. The Wolf Of Wall Street actor slipped into a pair of white sneakers to stay comfortable as he danced the night away.

The Golden Globe winner added a black cap to partially cover his locks, and further accessorized his outfit with a gold-chained necklace. 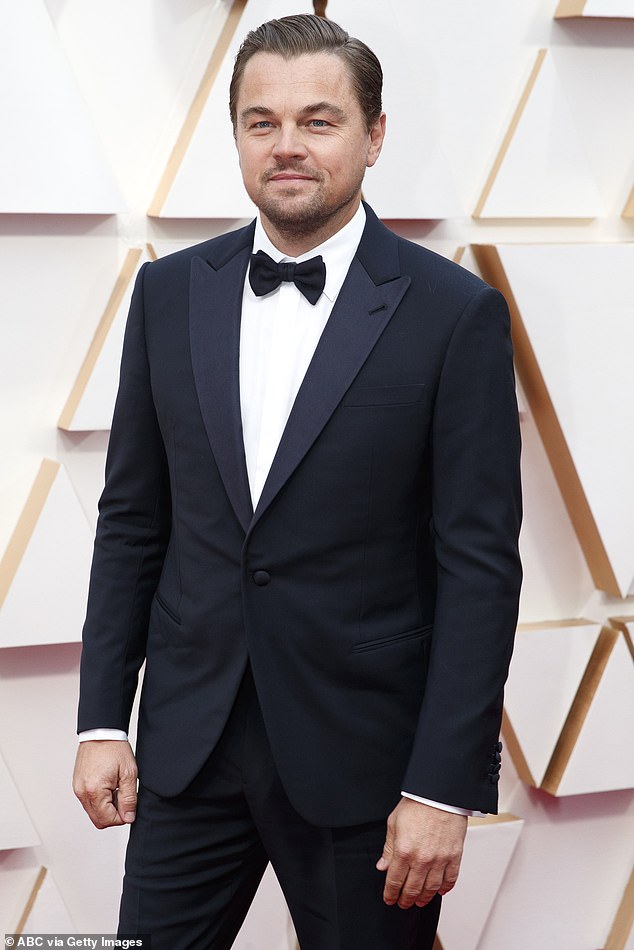 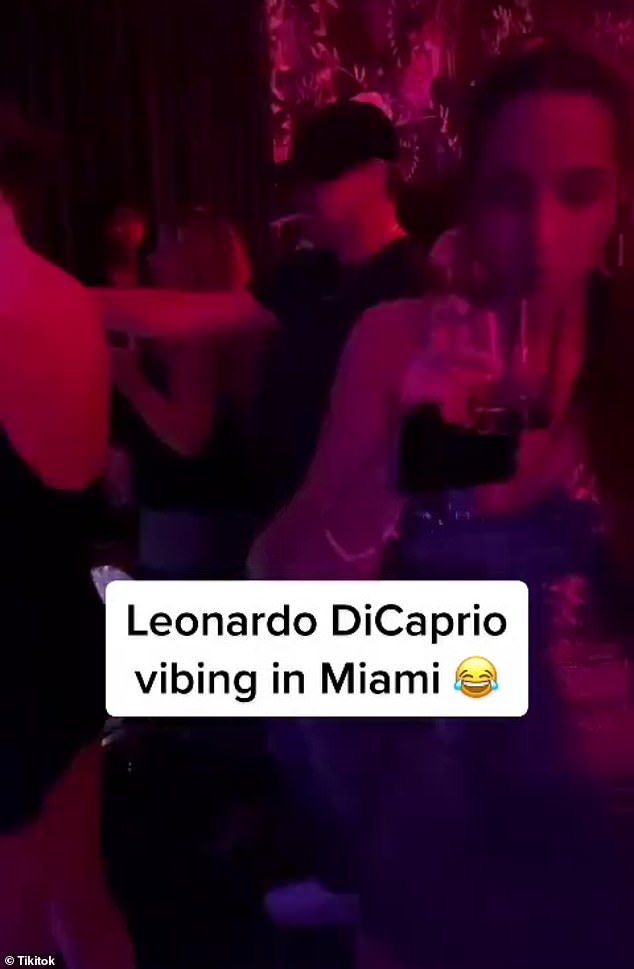 Showing off the moves: The talented actor could be seen surrounded by an assortment of party goers who had gathered into the crowded lounge 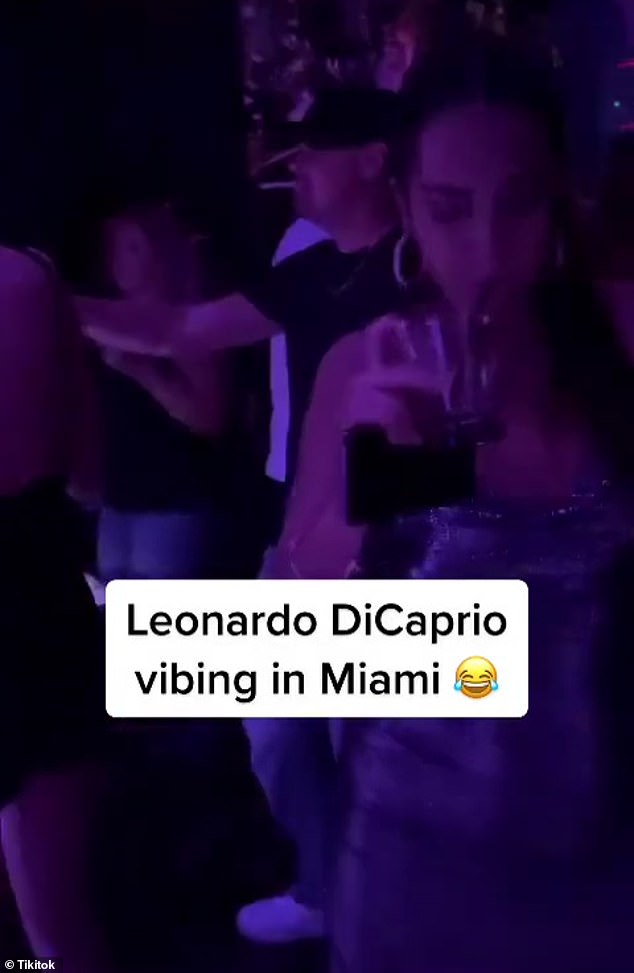 Going viral: Since the clip was uploaded on TikTok earlier on Thursday, the video has currently garnered nearly 4 million views

As he was ‘vibing’ on the dance floor, Leonardo was also seen with a cigarette placed between his lips while the song, Then Leave by Beatking, echoed throughout the venue.

A short caption was penned at the start of the video, which stated, ‘Leonardo DiCaprio vibing in Miami,’ followed by a laughing face emoji.

The TikTok clip was shared on Thursday, and has currently garnered a whopping total of nearly 4 million views.

Social media users flooded the comment section to share their own thoughts and opinions, with one penning, ‘He got the moves like in Wolf of Wall Street.’

Another follower wrote out, ‘At 48 years old? That’s so embarrassing for his soul,’ while one fan sent their support to the actor, ‘we should make his dance a viral tik tok dance.’ 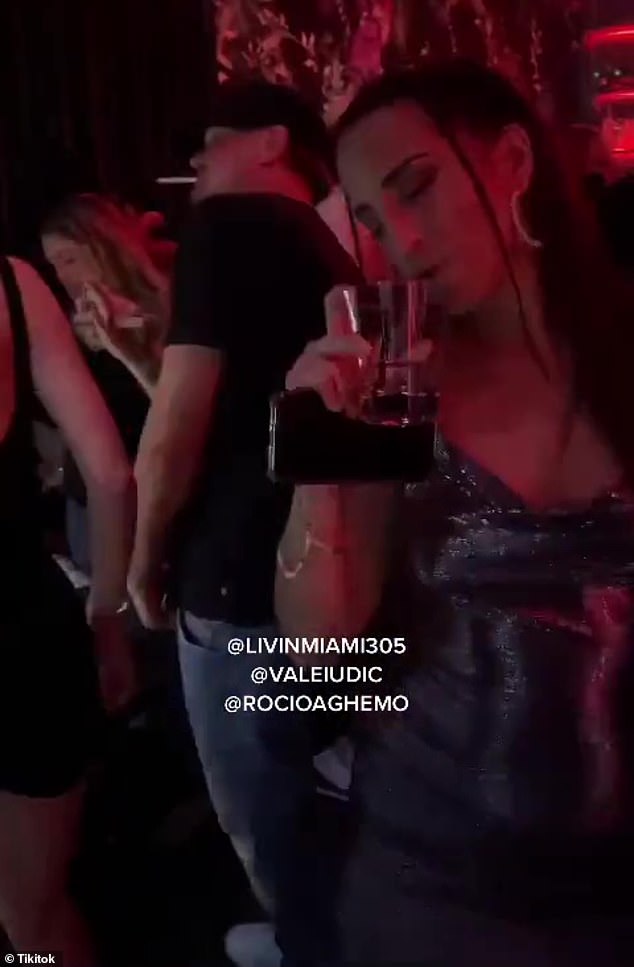 Kicking off the New Year: As he was ‘vibing’ on the dance floor, Leonardo was also seen with a cigarette placed between his lips while the song, Then Leave by Beatking, echoed throughout the venue 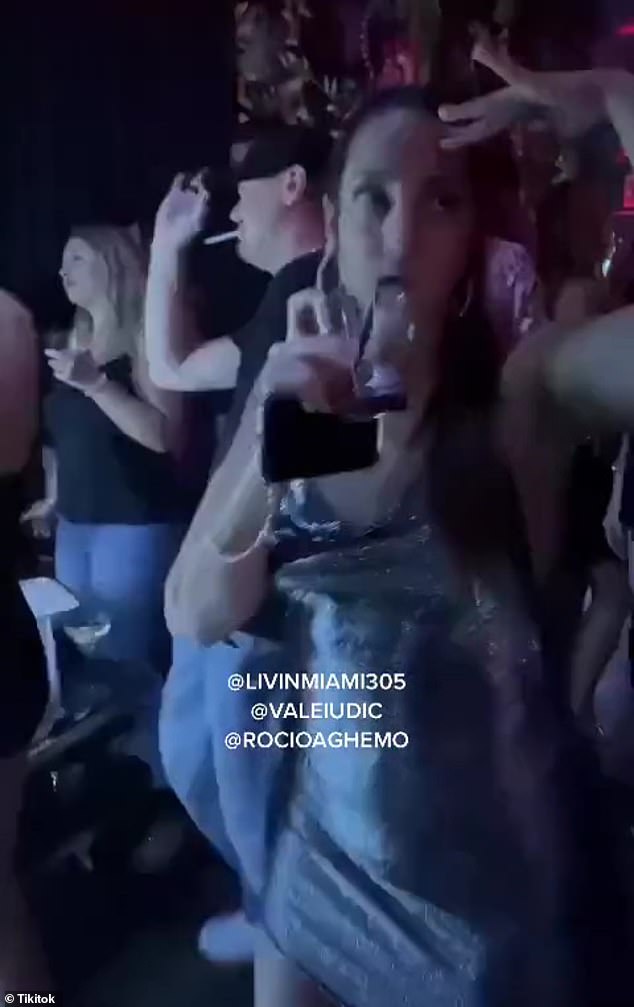 Popular venue: Leonardo was seen dancing inside of a Miami hotspot called the Gekko restaurant and lounge

Following the rumors about a romantic fling with Gigi, the famed ladies’ man was linked to 23-year-old Victoria Lamas, although she was not seen with the star during his Miami party held earlier Thursday evening, and was instead joined by Rebecca and Lilia.

Leonardo had recently returned from a raucous holiday in St Barts where he had been partying with a slew of beauties.

After landing in Miami on Wednesday, the Oscar-winning star looked worn out, yet soon perked himself up and found the strength to go out partying again later that evening.

After heading home for a few hours, and no doubt enjoying a long nap, the actor was later seen heading to Papi Steak to host a party for him and his very glamorous coterie of female friends.

Leonardo was joined by actor Jamie Foxx, 55, and a gaggle of females, including Scott Disick’s model ex Rebecca and Lilia Weddell, who has been romantically linked to Drake. 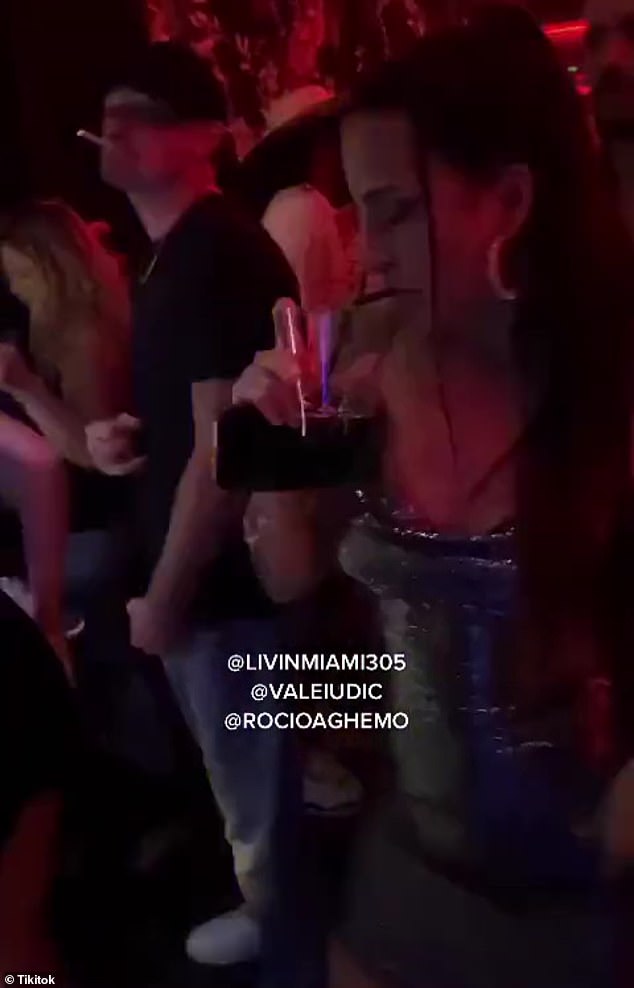 Catching on: Towards the end of the ten second clip, Leonardo slightly turned his heads to face the phone camera 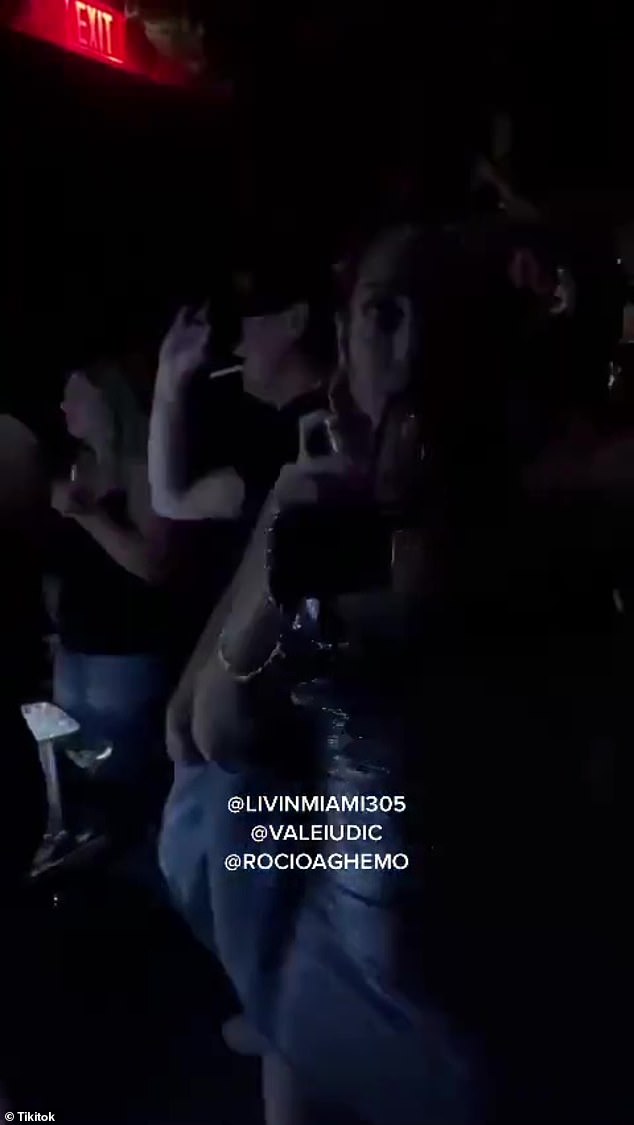 One model not in attendance was 23-year-old Victoria Lamas, who he has also recently been linked to.

They were seen together three times in a week late last month in December following reports that Gigi Hadid was not ‘serious’ about their short-lived romance.

While the Hollywood hunk and Hadid were reportedly still dating in late November, the superstar appears to be moving on with Lorenzo Lamas’ daughter.

An insider recently opened up to Entertainment Tonight in regards to the status of DiCaprio and Gigi’s romance. ‘Leo and Gigi have enjoyed their time together when they’re able to see each other…’

The source continued, ‘But when they’re busy with various commitments, they’re doing their own things and they are not exclusive. They have respect for one another and have always just been seeing where things go.’ 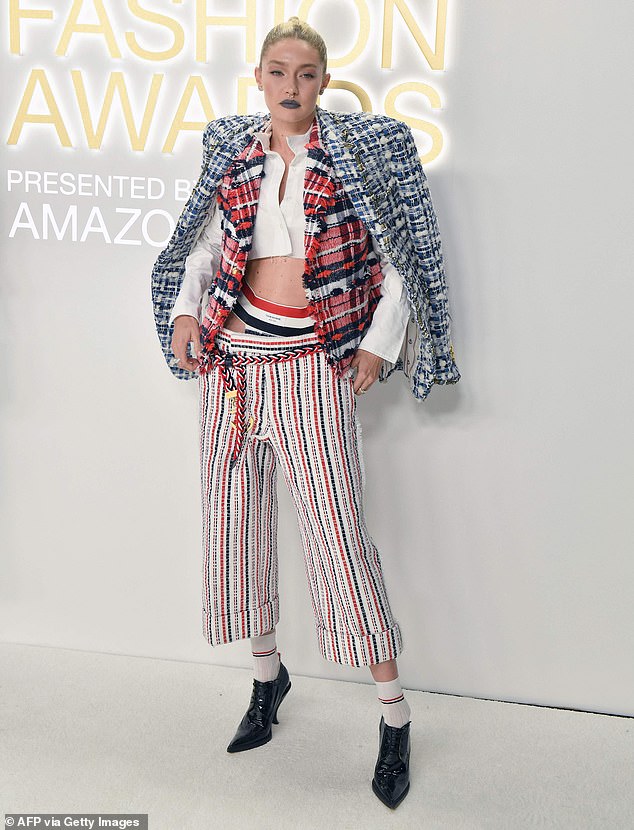 ‘Not exclusive’: A source recently told Entertainment Tonight that when Gigi and Leonardo are, ‘busy with various commitments, they’re doing their own things and they are not exclusive’ 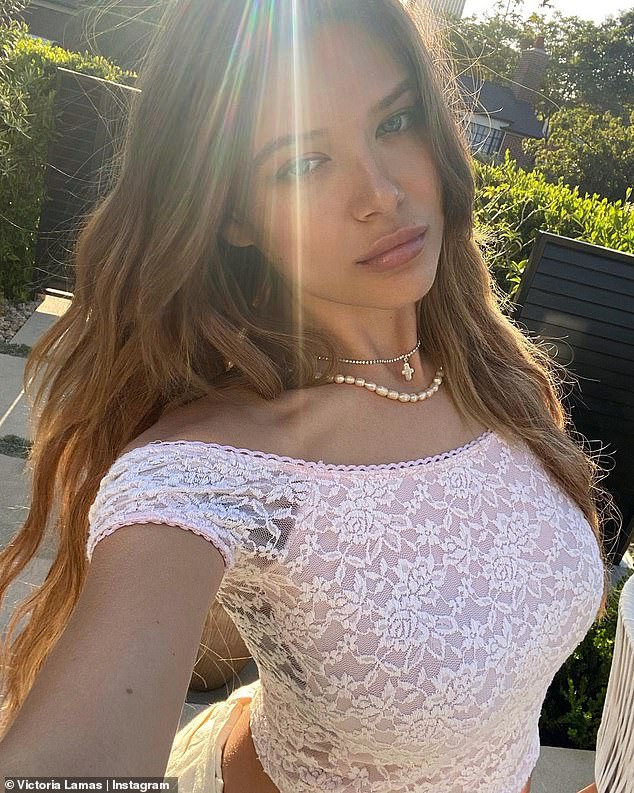 Linked: The Wolf Of Wall Street actor has also been linked to Victoria Lamas and were seen together three times in a week late last month in December